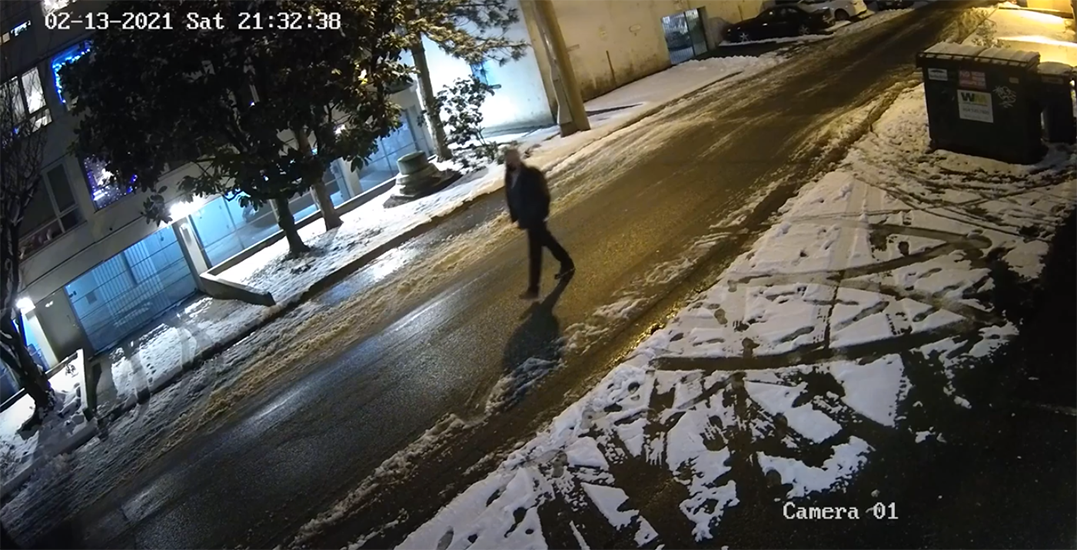 Police have released surveillance footage of a suspect who allegedly grabbed and tackled a woman in Vancouver’s West End.

The assault occurred on Saturday, February 13 at approximately 9:40 pm. The Vancouver Police Department (VPD) says that the 24-year-old victim was shopping on Davie Street and was walking home.

She was reportedly grabbed from behind and attacked by a man on Maxine Lane – the south lane of Burnaby Street. The suspect and victim both fell to the ground and she began to scream.

Footage shared by VPD show two separate views of the suspect walking down an alleyway.

The suspect is described as white, about 5’11”, and in his mid-40s. He was wearing a waist-length black leather jacket, dark pants, and a dark COVID-19 mask.

“This investigation has undoubtedly created concern in the community,” says Constable Tania Visintin in an emailed statement.

“We want to identify this individual as soon as possible. Investigators ask everyone to take a good look at this footage, and to call us if they know who this is.”