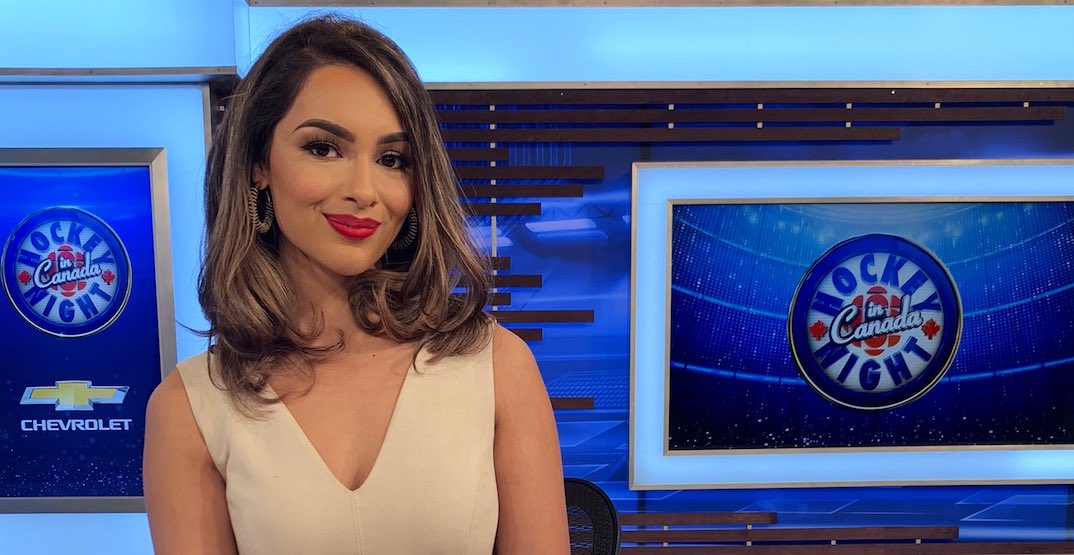 Hockey Night Punjabi broadcaster Amrit Gill has responded after she received an “onslaught of derogatory comments” following an appearance on this weekend’s national hockey broadcast.

Gill, who grew up in Vancouver with parents who immigrated from India, became the first woman on Hockey Night in Canada: Punjabi Edition in 2015. She serves as a reporter and producer on the Punjabi broadcast of Sportsnet’s Hockey Night branch.

On Saturday, Gill says she was excited to appear on a Hockey Night in Canada segment for the first time. She posted a photo of herself on Twitter and shared a story about a non-profit organization that she says is making hockey more inclusive.

Gill’s initial excitement “turned into a sinking feeling” amid a slew of disrespectful comments that followed her post.

Dozens of now-deleted comments on Twitter included men chiming in with crude sexual remarks, inappropriate pick-up lines, and comments on her looks, including calling her “doshgit ugly.”

“Posting an image of myself should not be an invitation for misogynistic and sexist comments that objectify women,” replied Gill on Sunday. “Being a female in sports media is hard. For women of colour, there can be an even greater internal battle that exists, often resulting in uncertainty about not only their self-worth but a future in the industry as well.”

Thank you for the support. ❤️ pic.twitter.com/L2OkXe3zoA

Gill continued her response by hoping the “awful experience” would help illustrate that more work needs to be done for “women to feel safe, included, and respected in whatever field they choose to pursue.”

Hockey Night in Canada: Punjabi Edition’s host Randip Janda stood up for Gill, calling the comments “disgusting,” saying he wouldn’t stand for any of the replies.

They are disgusting and no one deserves to go through this and be talked to in this way.

Proud to be @AmritG’s colleague and will not stand for any of this. https://t.co/rMztLjIdQ4

Gill concluded her Sunday response by saying that representation matters and a “collective discussion” needs to be prioritized before thanking people for their uplifting support.