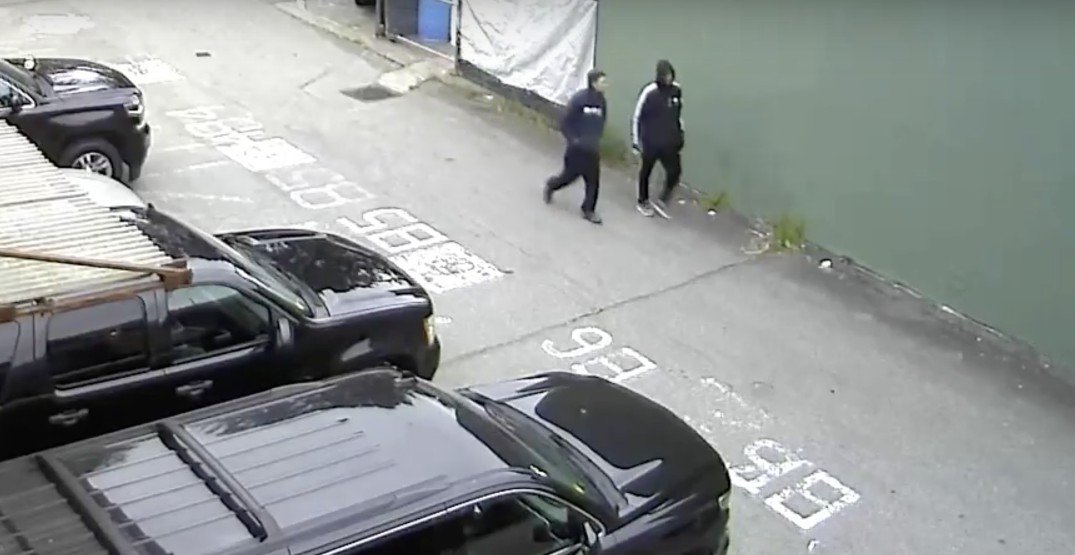 The VPD is asking for the public’s help in identifying a person of interest in connection to a targeted double shooting in East Vancouver that caused a 31-year-old pregnant woman to lose her unborn child.

The shooting occurred around 6 am on Friday, May 18, at a home on Industrial Avenue near Station Street.

When police arrived, they discovered a 23-year-old man and a 31-year-old pregnant woman suffering from gunshot wounds. The woman was in her third trimester and the unborn child did not survive.

VPD have now released video footage showing a person of interested walking next to the accused, Carlton Stevens.

Police arrested 37-year-old Stevens of Surrey in May.

Detectives are still trying to confirm the identity of the second man walking in the blue hoodie on the left of Stevens in the security footage. 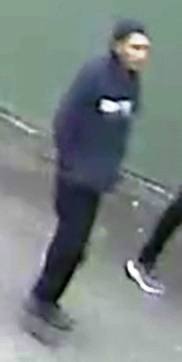 Police are asking the public’s help in identifying this person of interest.