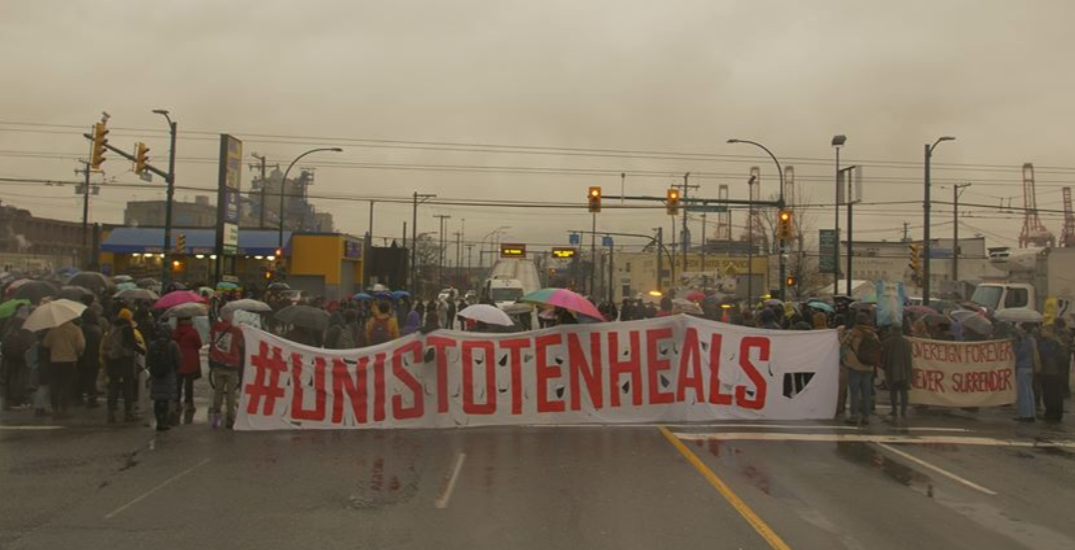 Six demonstrators standing in solidarity with BC’s Wet’suwet’en hereditary chiefs have been arrested for blocking the main entrance to the Port of Vancouver.

According to Vancouver police, the arrests come after demonstrators refused to abide by a BC Supreme Court order, which prohibits the blockage of the port entrance.

The rally began at the intersection of Hastings Street and Clark Drive on Monday afternoon and demonstrators remained on the scene for over 20 hours.

Police say they reminded demonstrators of the existing court order instructed them to leave before arrests were made.

VPD says the BC Supreme Court granted the Vancouver Fraser Port Authority the injunction on February 9.

The intersection at Hastings and Clark has reopened in both directions.