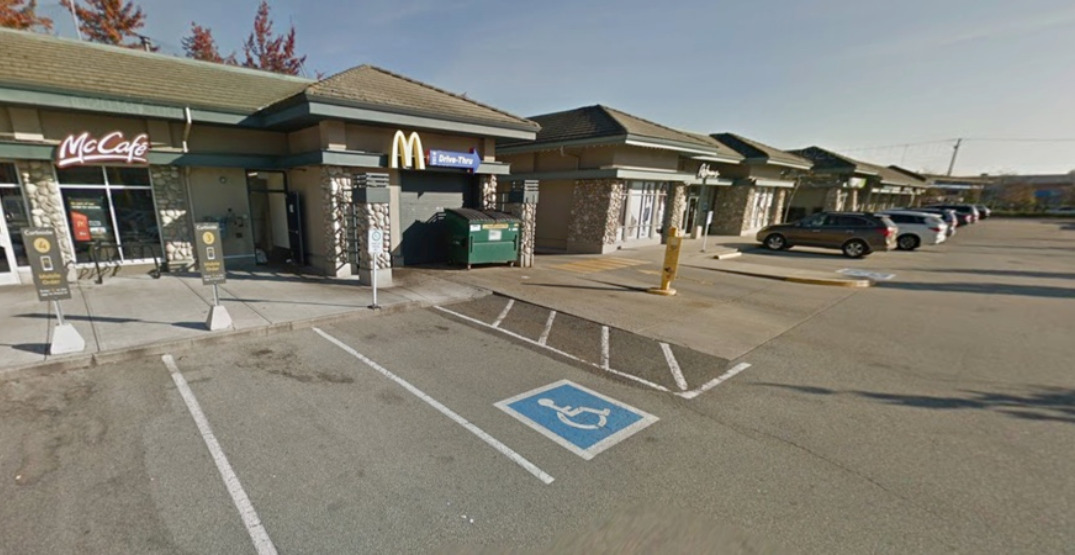 Richmond RCMP are releasing details about a violent confrontation that took place at a fast-food restaurant at Ironwood Plaza in Richmond, located on Steveston Highway.

Restaurant employees called police after an angry customer came into the establishment and began damaging property inside the restaurant. According to the report, he did this because he was unhappy with the service.

The suspect is a 30-year-old man from Delta.

Richmond RCMP say the man began fighting with police during his arrest.

Two employees and two police officers were allegedly assaulted during the incident. They sustained minor injuries.

The suspect also left the incident with minor injuries, and he was treated at Richmond General Hospital.

He is currently in police custody, awaiting a bail hearing facing possible mischief charges of over $5,000, an assault charge, and a charge of assaulting a peace officer.

The video in question was posted on Reddit, which may or may not be the same altercation described by the RCMP.

The RCMP are not releasing the name of the establishment where the incident took place.

Investigators are asking anyone who may have witnessed this incident, or captured it on video, to contact the Richmond RCMP directly at 604-278-1212, quoting file number 2021-20311.