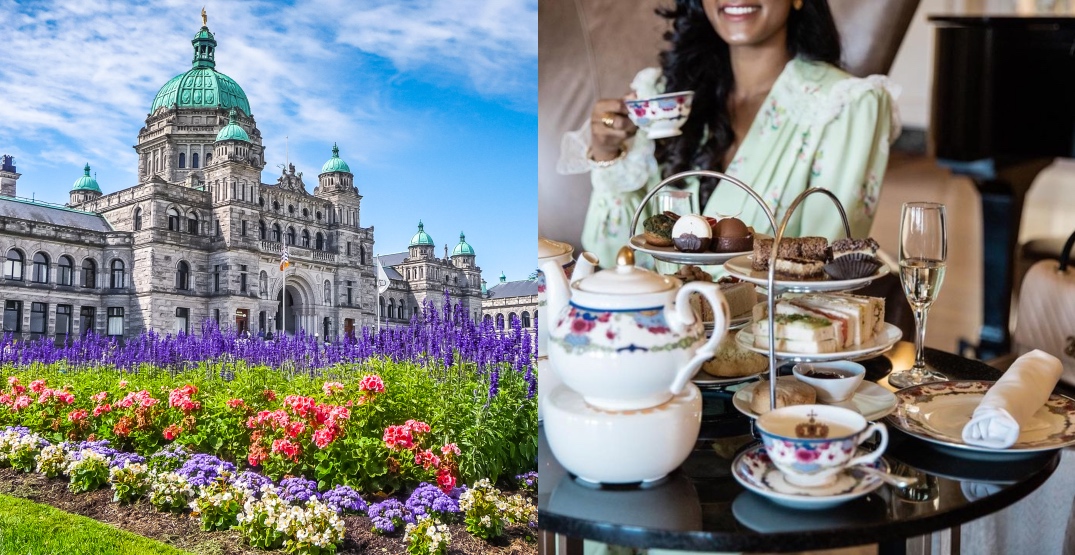 Not able to take a trip to Europe this summer? No problem. You can go to Victoria instead and pretend that you’ve stamped your passport in the UK.

Recently, Travel + Leisure named Victoria, BC, one of Canada’s best cities. The inspiring capital of BC has many charms that can transport you across the pond.

Here are eight things to do in Victora that will make you feel like you’ve just landed in the United Kingdom.

For fans of Downton Abbey, this is as close as you can get in BC to a regal castle that you can explore on your own. Craigdarroch Castle was built between 1887 and 1890, and you can tour inside for about $20.

Indulge in classic British culinary creations like fish and chips in Victoria. You can find this classic everywhere, from seaside shacks and casual restaurants to pubs and upscale joints.

You don’t need a parasol or a fancy outfit à la Bridgerton to take a stroll in the garden. There are plenty of places to find blooms in and around Victoria, but the most popular by far is the more than 100-year-old Butchart Gardens.

There are plenty of tea houses and hotels in Victoria that will happily serve a beautiful afternoon or high tea for you.

You might have already seen the BC legislature when you were a kid, but checking it out again as an adult is awesome. Tours of the nearly 125-year-old building are free, and since our system of government is pretty much based on Britain’s – it’s almost like you’re there!

The Fairmont Empress sits royally in Victoria’s beautiful inner harbour. Rooms typically go for more than $450 per night, but even if you aren’t staying at the hotel, it’s worth checking out one of its restaurants for high tea, lunch, or even a drink!

A trip to Vancouver Island isn’t complete without checking out Hatley Castle. Snap a few pics outside on the grounds and marvel at this massive structure that looks like it belongs in Europe rather than on the Canadian West Coast.

Few things feel as British as a pint (or two) at the local pub. The best way to see them is by the Pickle Pub Crawl, which uses a water taxi to ferry you between pubs. Cheers to that!