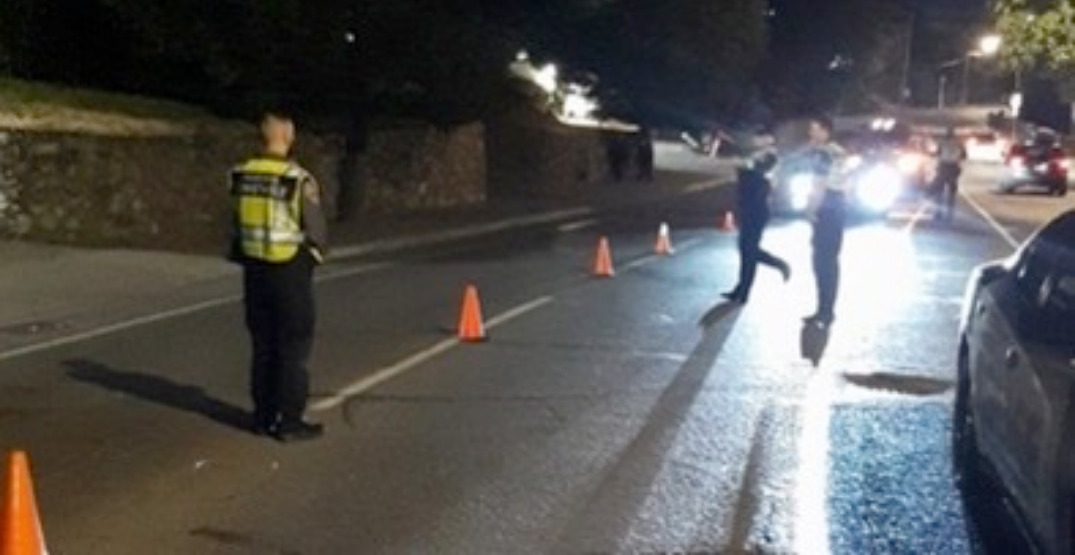 This long weekend was a busy one for police on the island, as roadblocks were shut down due to too many people driving under the influence.

In fact, the night got so bad that there weren’t enough tow trucks to keep up with the demand.

What an unbelievable night. Multiple impaired drivers, noisy vehicles, no issuance, too many passengers… We ran out of tow trucks! Allways Towing did an amazing job tonight. Thank you! To everyone, please plan a safe ride home and keep an eye out for impaired drivers, call 911. pic.twitter.com/GiKf6jz3e8

“Officers closed the roadblock an hour early due to the amount of administrative work required to document that amount of impaired drivers. Additional tow trucks became unavailable due to the high number of towed vehicles,” said a statement from VicPD.

On Friday, July 30 and Saturday, July 31, two separate roadblocks were put in place at different locations in Victoria and Esquimalt.

The Friday roadblock landed VicPD nine impaired drivers over just seven hours. 19 other tickets were given out during the same time period for other offences under the Motor Vehicle Act.

Our @vicpdtraffic officers took 24 impaired drivers off the roads this weekend in 2 separate roadblocks Fri & Sat.

Simply an unacceptable number of drivers putting their lives & lives of others at risk. Pls use your common sense & plan a safe ride. #yyjhttps://t.co/GC5CkghDFK pic.twitter.com/wbgHtLP2WJ

The following day 15 impaired drivers were taken off the road in only six hours.

Vehicles that belonged to the drivers were impounded based on the severity of their infractions.