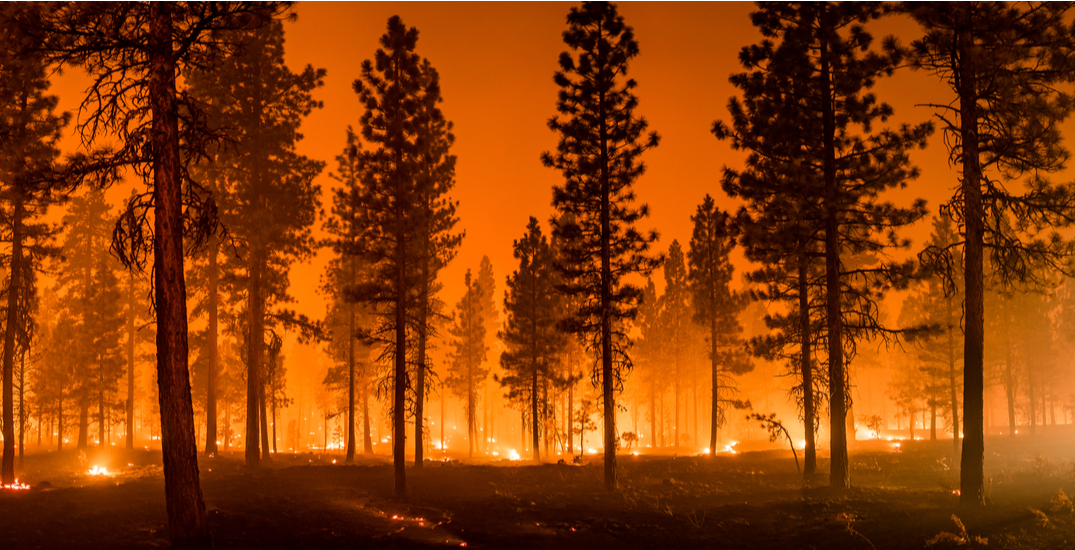 Nearly the entire City of Vernon remains under an evacuation alert as the White Rock Lake wildfire rages on.

The alert was first issued around 4 pm on August 6, and has been extended through August 7. An evacuation order has not been issued for any areas within the city.

The wildfire, which tore through Monte Lake on Thursday, has become “increasingly aggressive,” officials said, and may create ember showers that in turn cause spot fires.

“Sometimes with that comes an increase in debris being cast across a significant distance. Sometimes that debris can be large enough and hot enough to create an ember fire.”

Although rain has helped to improve the situation, officials said on Saturday that the alert would remain in place for the majority of the city.

Residents are asked to exercise caution, and should prepare for the possibility of an evacuation.

Many areas within the City of Vernon boundaries remain under Evacuation Alert.

The change in weather including the rain has helped the situation improve, but residents are asked to exercise caution and be prepared in the event of an Evacuation Order.https://t.co/ebru5DiWGc pic.twitter.com/oIzMLf0UCw

As of 2 pm PDT on August 7, the only areas that have not been placed on alert are: