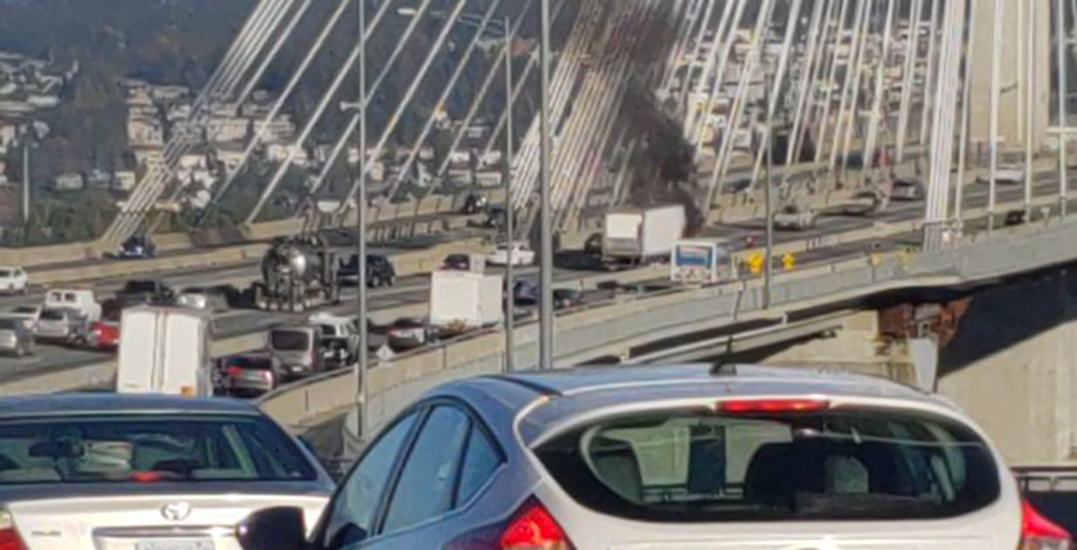 Drivers on the Port Mann Bridge were brought to a standstill earlier this morning after a vehicle fire shut down movement in both directions.

According to Drive BC, the cause was a westbound-moving vehicle that caught fire close to the middle of the bridge.

UPDATE – #BCHwy1 – vehicle fire westbound on the #PortMannBridge at mid-span. The WB HOV lane is getting by in the #Coquitlam lanes. Thru lanes are open, EB traffic is open. SurreyBC

⁦@GlobalBC⁩ might want to avoid the port Mann westbound! pic.twitter.com/muZoipXCmW

Extensive traffic is also building up on 104 Avenue and 156 Street as a result of detoured vehicles.

UPDATE: Due to detouring traffic from the #BCHWY1 #PortMannBridge incident, there is heavy traffic on 104 Ave and on 156 St in the Guildford area. #SurreyTMC is monitoring the situation. #SurreyBC ^rm

There’s been no word as to what caused the fire or if any injuries occurred.