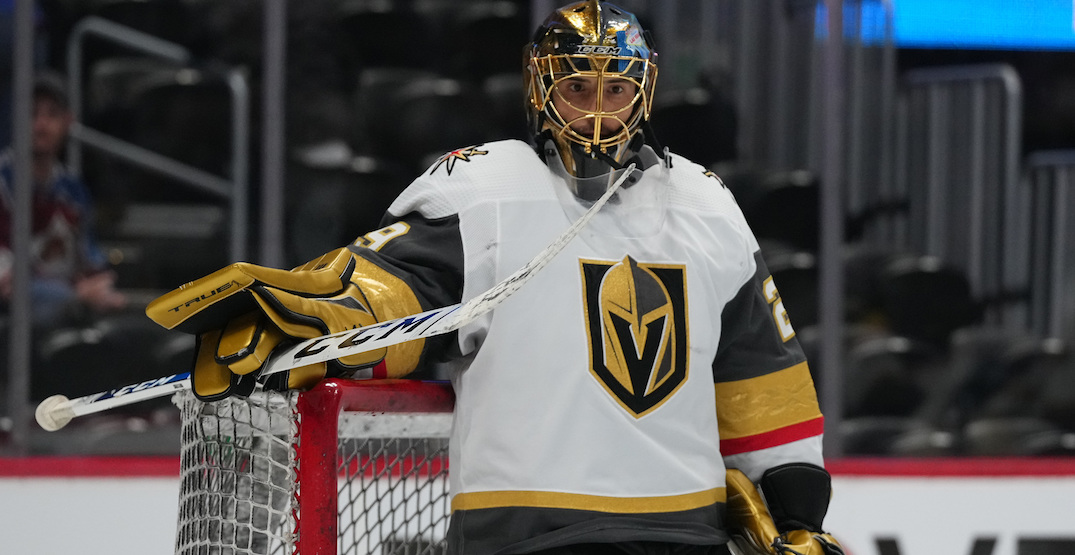 Unless the Vegas Golden Knights are playing mind games with the Montreal Canadiens, Marc-Andre Fleury will once again be benched in favour of Robin Lehner, for tonight’s do-or-die game.

Vegas head coach Peter DeBoer also sat Fleury in Game 4, and it paid off, as Lehner stopped 27 of 28 shots in the win for his team. DeBoer turned back to Fleury for Game 5 in Vegas, which Montreal won 4-1.

Lehner was spotted in the starter’s net at practice this morning and left the ice before Fleury, according to multiple reports. Both are indicators that Lehner will get the start, as the backup traditionally takes extra shots from shooters on game days.

Robin Lehner has left the ice. Fleury is still out there.

While Lehner is an accomplished goalie, benching Fleury is a bold move, given he was nominated for the Vezina Trophy this season. The Sorel, Quebec native is also the popular choice with Golden Knights fans.

DeBoer, naturally, isn’t going to reveal his starter a second before he is required to.

“There’s no sugarcoating the importance of goaltending,” DeBoer told reporters after practice. “It’s definitely not all on goaltending. We can’t expect whoever we start tonight to stand on his head and stop 50 here, but if Price is significantly better than our guy, it’s going to be hard to win.”

The Golden Knights have their backs against the wall. With a 3-2 series lead, the Canadiens can book their ticket to their first Stanley Cup Final since 1993 with a win in Game 6 tonight. If the Golden Knights pull off the victory, Game 7 will take place Saturday night in Las Vegas.