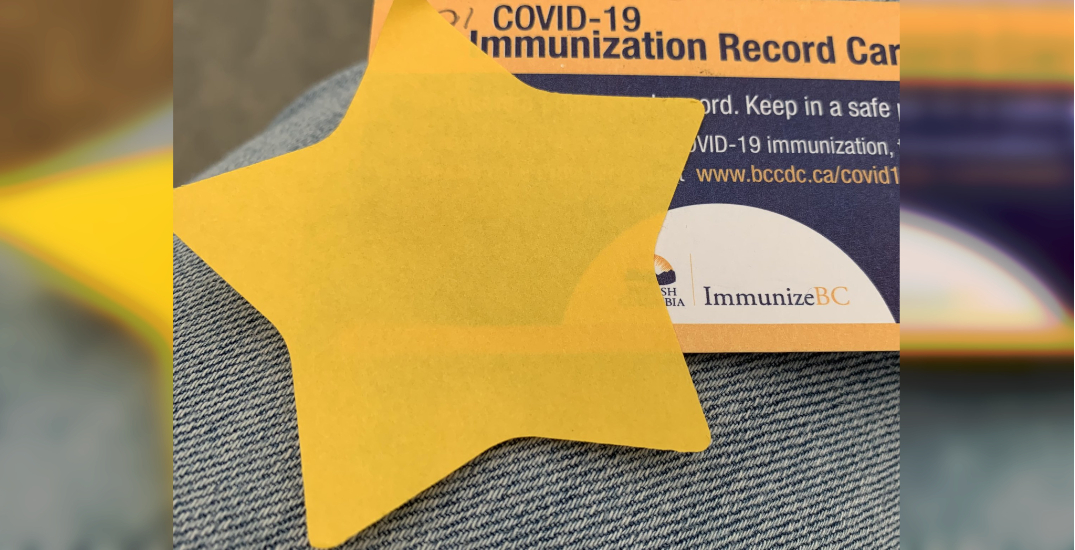 Vancouver Coastal Health (VCH) has issued an apology after one of its COVID-19 vaccine clinics gave a yellow star to a resident getting their second shot.

On July 29, a Vancouver resident tweeted a photo of her immunization card, on which a sticker of a five-pointed yellow star had been placed.

In a statement, VCH said it was “deeply concerned” by reports that the emblem had been given out at one of its clinics, noting that it had not been approved for distribution.

The health authority said it had looked into every one of its clinics, and had “no knowledge” of the sticker being handed out at any of them.

“The use of yellow stars carries a heavy and tragic history, especially for the Jewish community,” VCH said.

“[This]” does not reflect our organization’s values or our commitment to provide culturally safe care across our health authority.”

During World War II, Jewish people living in Nazi-occupied countries were ordered to wear a six-pointed yellow star on their clothing.

Nazi officers used the symbol to identify Jews during arrests and deportations, including to concentration camps.

“We apologize profusely for any inadvertent distribution of this sticker,” VCH said.

“One of our core values at Vancouver Coastal Health is, we care for everyone, and we understand that this gesture is considered harmful.”