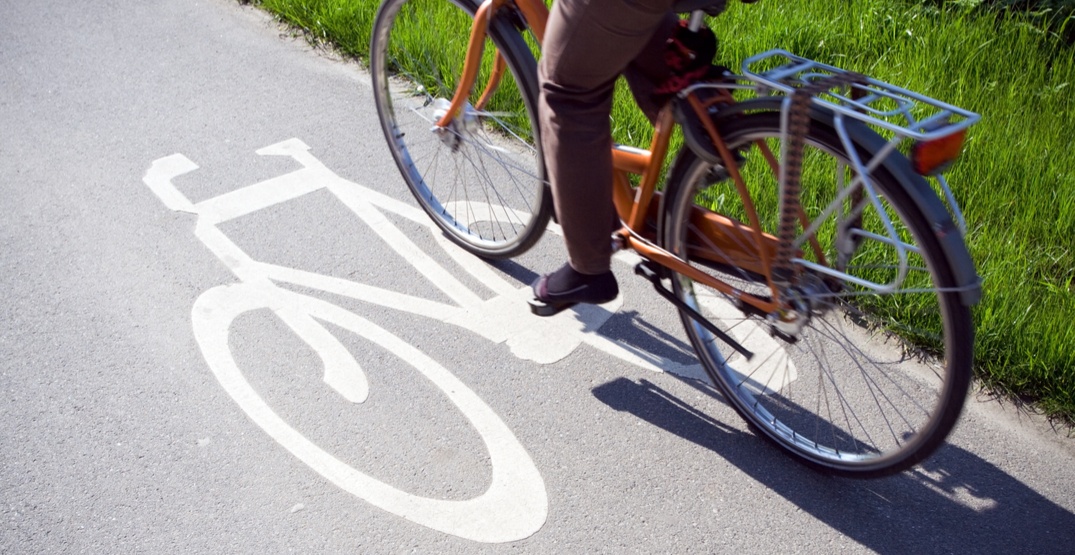 Cyclist on a bike lane. (Shutterstock)

With the introduction and approval of a motion by city councillor Pete Fry to introduce a 30 km/h speed limit pilot project to Vancouver’s side streets and residential areas, many might believe this applies only to motorized vehicles.

However, thanks to an amendment on the motion put forward by councillor Melissa De Genova, the new, slower speed limit will apply to all vehicles – and yes, this includes bicycles.

De Genova asked for the amendment to Fry’s motion during council discussion on the motion this week, recalling her own near-miss with a fast-moving cyclist.

“I myself was out with my daughter on a way to a playground near our home and a cyclist who was going very, very fast, blew through a stop sign where we were crossing and used some very choice language towards me and my daughter while we were crossing the street,” she said. “I think that it’s important that instead of pitting vehicles against each other, we’re talking about all vehicles here… all types of vehicles here are capable of going over 30km/h.”

Citing another situation in which a woman who was five months pregnant was “clipped by a cyclist in Kitsilano,” De Genova said she believes including the term “all vehicles” is important.

Councillor Michael Wiebe expressed some opposition to the amendment, noting that he was “troubled” by the term “all vehicles.”

As such, Wiebe said it was his thought that the prior motion, “without all the other vehicles, dealt with a more larger spectrum,” and as a result he voted against the motion.

On the “all vehicles” terminology, Fry said “it’s a real issue,” and that he would be “fully supportive of exploring how we can deal with this.”

Saying it could be part of a larger conversation, Fry brought up the fact that cyclists don’t have tools such as speedometers, and as a result, it’s fairly hard to know exactly how fast someone is travelling on a bike.

After much discussion, Fry’s motion – with the amendment – was approved.

Upon the passing of the motion, the plan is to have the Union of BC Municipalities lobby the provincial government to amend the Motor Vehicle Act and reduce the speed limits on local streets across the province to 30 km/h.