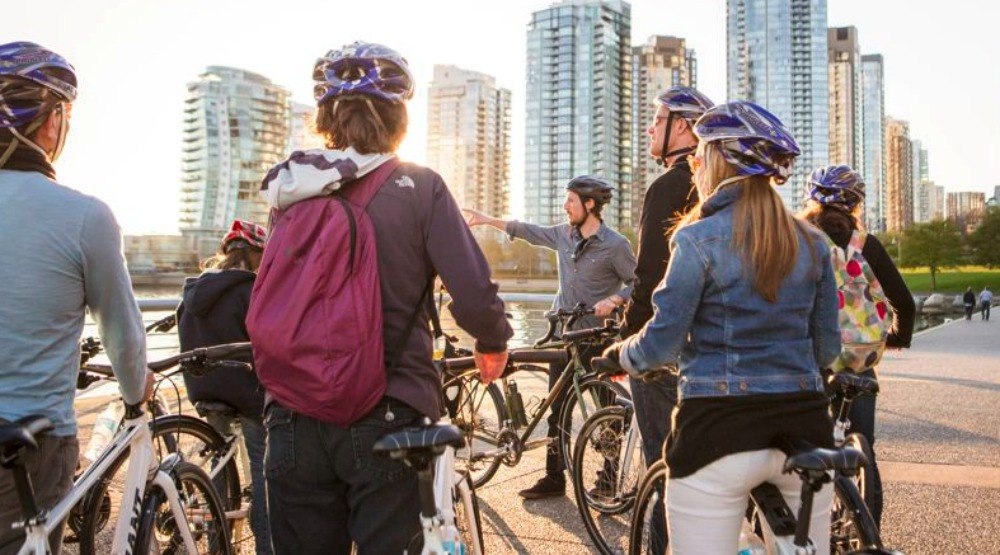 A new report released by the City of Vancouver illustrates the extent to which city residents have taken up to modes of active transportation, specifically walking, cycling, and public transit.

In Fall 2018, the municipal government commissioned Mustel Group to conduct an extensive survey of the transportation patterns of residents living in Vancouver. It found that 52.8% of all trips were made by walking, cycling, and transit — up from 48.4% in 2017.

Compared to the survey conducted in 2017, there was a 4% decrease in private vehicle trips in 2018, with the automobile mode share falling from 52% to 47% during this one-year period. The distance travelled using an automobile also fell by 2.9% compared to the previous year.

Overall, city residents had an “all-time low” for automobile trips, while the share of those who walked increased from 25.1% to 28.5% year-over-year.

The area with the lowest walking mode share was the southeast quadrant of the city at just 2%.

According to the data, interest in biking is two times higher during fair weather conditions than cold and wet conditions. Cycling in fair weather is highest in the Strathcona and Grandview-Woodlands areas (43%), followed by Kitsilano and Point Grey (38%), and Central Broadway and Mount Pleasant (32%). The cycling mode share for residents living in the downtown peninsula is roughly half those of Central Broadway and Mount Pleasant.

Although regional transit ridership growth has been high in recent years, the citywide transit mode share was relatively constant at 17% in 2018, with the prior five-year period seeing a high of 18% and a low of 15.9%. Kitsilano and Point Grey saw the highest level of transit use (41%) for people travelling to work, and in most areas of the city over 50% of students reported transit as their usual mode of travel.

Interestingly, the proportion of those who used transit passes was highest amongst residents in the West End and the eastern half of Vancouver.

The vast majority of Vancouver residents regularly travelled within the city; about 77% of trips originate and end within city boundaries.

These findings are based on 2,600 randomly-selected respondents who completed trip diaries throughout the fall. But it identified some challenges with the under-sampling of the 15 to 35-year-old age group and the over-sampling of the 55+ age group, as the younger age group typically does not have a landline and smartphone lists do not provide the home location of cell owners. 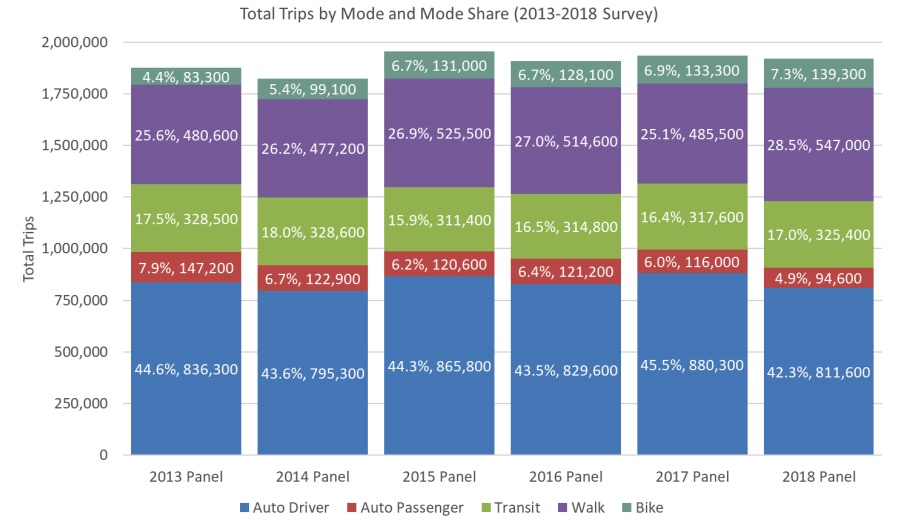 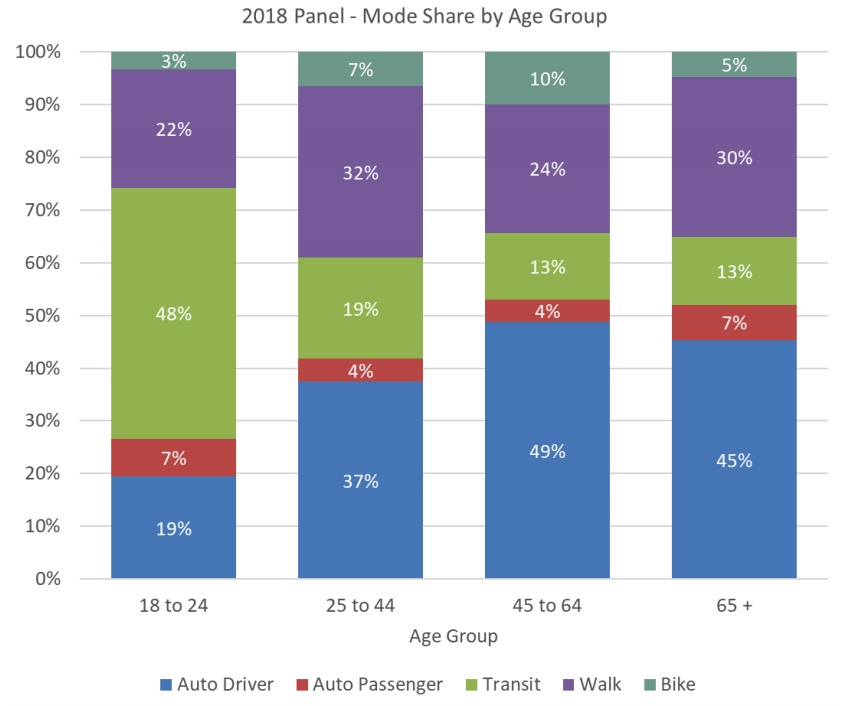