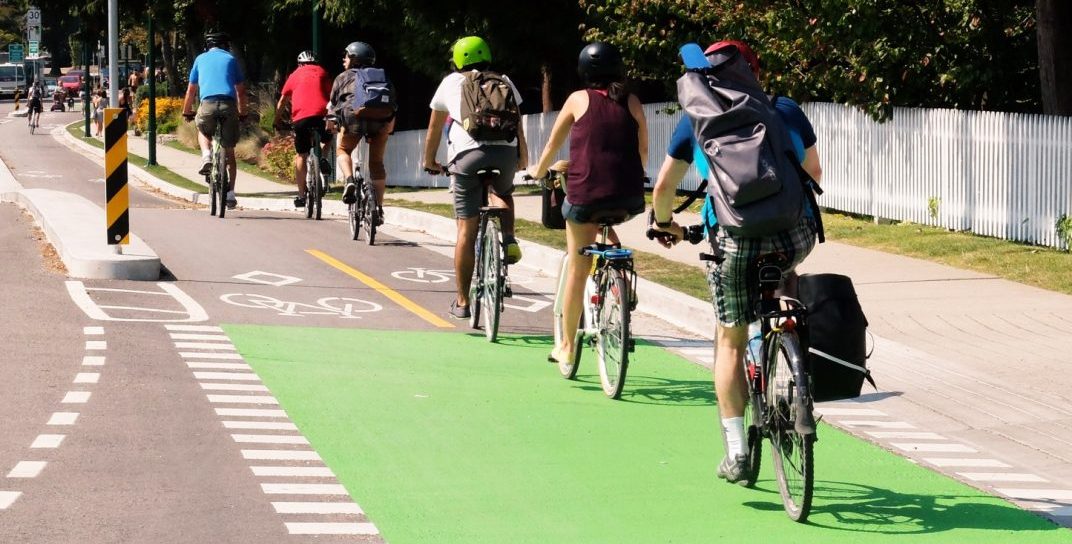 Vancouver fairs relatively well in the world of cycling, based on a new analysis that has given the city a comparable ranking with some major European cities.

Berlin-based insurance company Coya has ranked Vancouver as the 37th city in the world for cycling — just behind of Tel Aviv, but ahead of Beijing.

The study looked at six main categories with a number of sub-factors that make a city-cycling friendly, including bicycle usage percentage, weather, crime and safety, infrastructure, bike share, and cycling-themed public events.

Within Vancouver, 7.3% of all trips are by cycling — in contrast with first place city Utrecht in the Netherlands, which has a cycling modal share of 51%. Cities with a cycling usage that is roughly similar to Vancouver include Nice, Geneva, Seville, Vienna, Oslo, and Portland. But in Montreal, this figure is more than twice higher at 18.2%.

Strategies prioritizing cycling and significant investments made on cycling infrastructure over the past decade by the City of Vancouver have doubled the cycling modal share — up from 3.3% in 2009.

Vancouver’s weather score for cycling is roughly the same as cities such as Sao Paulo, Paris, London, and Frankfurt.

Cycling in Vancouver is just as “safe” as places such as Hangzhou in China, and Rome and Vienna. One of the largest factors that contributed to Vancouver’s lower placing was a high number of accidents — the city received a score of 1,455.97 accidents per 100,000 cyclists.

When it comes to the usability of the overall bike share system, Vancouver is aligned with Nice, Frankfurt, and even Amsterdam.

The recent launch of city-funded critical mass bike events — Our City Ride and Bike The Night — likely boosted Vancouver’s critical mass events score, which is comparable with Montreal and Bangkok.

Here is a breakdown of some of Vancouver’s other pertinent cycling statistics: