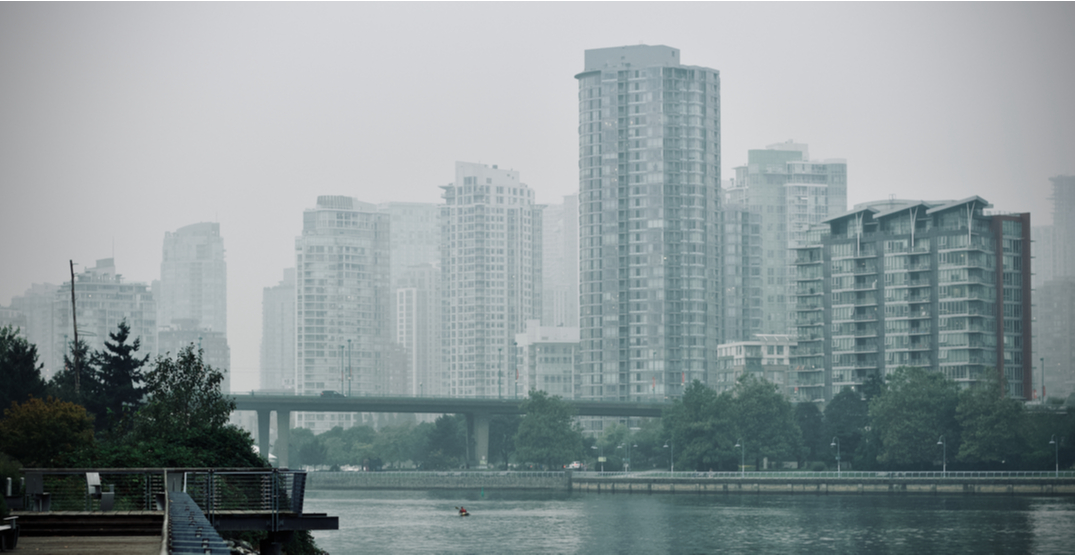 For the second time in just days, Vancouver currently has the worst air quality in the world.

According to IQ Air’s World Major City Air Quality list, Vancouver took the top spot on Monday, ahead of several other larger cities, including, notably, Portland and Seattle, where wildfires are in much closer range. 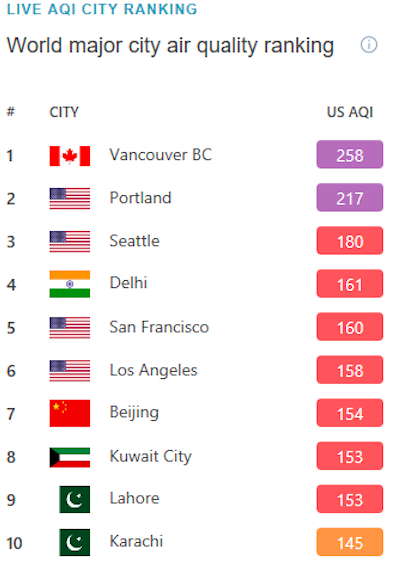 The high ranking comes as wildfires continue to rage across the border.

“Washington wildfires burning in the western and northernmost part of the state have also affected air pollution levels in Canada, with some smoke carried more than 200 miles from the source. On Tuesday September 8, air quality levels in Richmond, Canada and Vancouver, Canada hit highs of AQI 150+, ‘unhealthy,'” noted IQ Air in a statement.