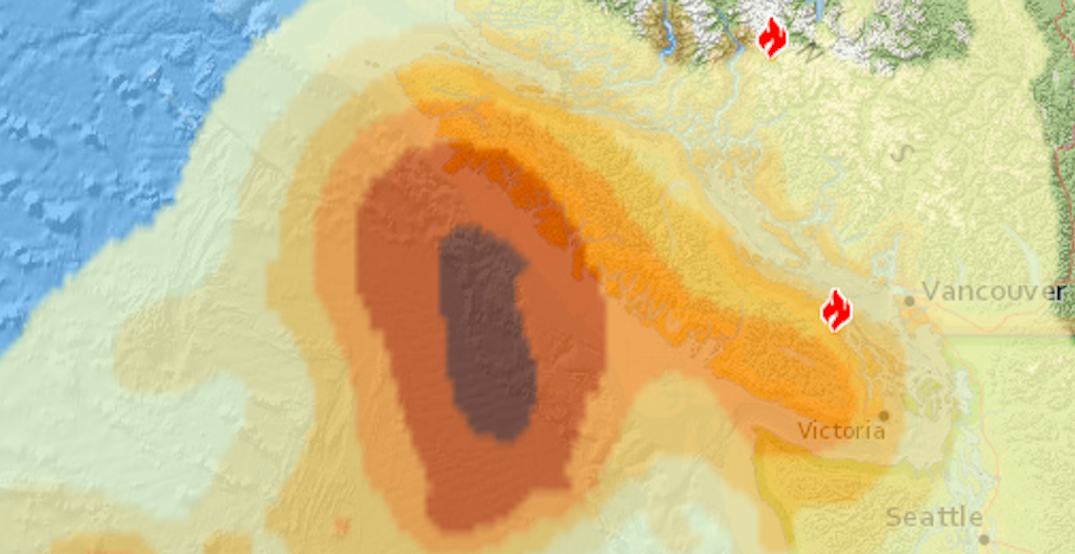 As an air quality advisory for Metro Vancouver remains in place for the fourth straight day, new imagery is showing just how much smoke and haze is forecast to blanket the region today.

On Twitter, Matt MacDonald, a fire weather meteorologist for the BC Wildfire Service, shared satellite imagery of what to expect.