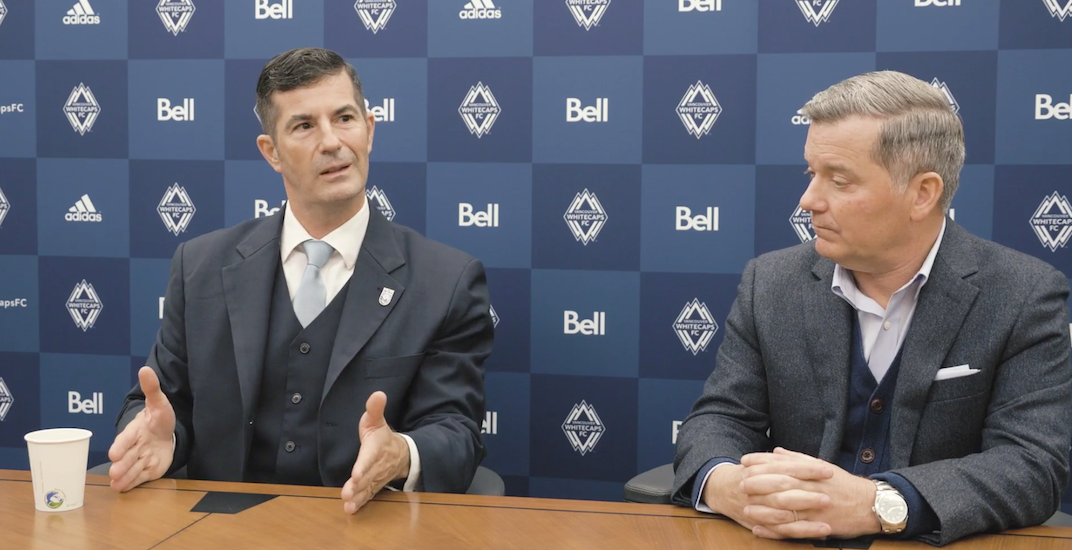 The Vancouver Whitecaps have parted ways with their CEO less than six months after hiring him.

Hired in January, Mark Pannes came to the Whitecaps with an impressive resume, having worked for major organizations like AS Roma in Italy and the NBA’s New York Knicks. It was going to be his job to “fill the building,” as he said back in January.

But in the end, due to the pandemic, he oversaw just one home match.

The Whitecaps are calling this a “structural shift,” combining the positions of CEO and sporting director, which means Axel Schuster will now manage all aspects of the club. Schuster will continue to report directly to co-owner and executive chair Jeff Mallett and the ownership group, the club announced.

“On behalf of the ownership group, we are extremely proud of the numerous accomplishments and unwavering commitment by every member of the Whitecaps team across the club during these challenging times,” said Mallett. “The club has been active in helping those in need and remains focused on supporting our community members, supporters, and business partners. We are thankful to Mark Pannes for all his positive contributions to the club the last few months and his active role in a number of these successful community programs. He has been a passionate leader and we wish him all the best in the future.”

The Whitecaps have done an admirable job of keeping themselves relevant during the pandemic, by leading a number of impressive charitable endeavours. The team sold over $1 million worth of face masks to help save the Vancouver Aquarium, while recent initiatives with a local artist have raised money for the Greater Vancouver Food Bank.

Pannes was a big part of those initiatives, but he wasn’t given much ability to generate revenue for the team, given the pandemic interrupted the MLS season. The Whitecaps will return to the field on July 8 for the “MLS is Back” tournament in Orlando, and the league is hoping to have regular season matches played home stadiums after that.

So matches could still be played at BC Place at some point in 2020, though that surely won’t happen in front of a large crowd due to physical distancing requirements. There is a possibility, however, that a limited number of fans could return to the stadium, spread out among BC Place’s 54,500 seats.

Off-field responsibilities, in addition to his duties to put together a winning team on the pitch, will now fall on Schuster, who himself has only been with the club since November.

“Since joining the club last year, Axel has proven to be a thoughtful, professional, and highly effective leader who has not only laid the foundation for a best in class sporting environment but also has been a key contributor on the executive team overseeing all aspects of the club. Axel is ready to make additional impactful contributions with this CEO appointment.”

Schuster, a former Bundesliga executive who the Whitecaps hired after an “extensive global search,” was brought in to oversee all technical aspects of the club, from youth to the first team. He does have experience in business operations and revenue generation from his time at FSV Mainz 05 and FC Schalke though, which should serve him well while wearing the CEO hat.

“We are a club that believes in the power of teamwork and the mentality of our group,” added Schuster. “Paired with a strong commitment to our culture, we will continue on our chosen path to build a winner on and off the pitch. I am thankful to the ownership for their trust and belief in me. These are exceptional times, and our focus will be on positioning the club to come through this even stronger and more united than before.”