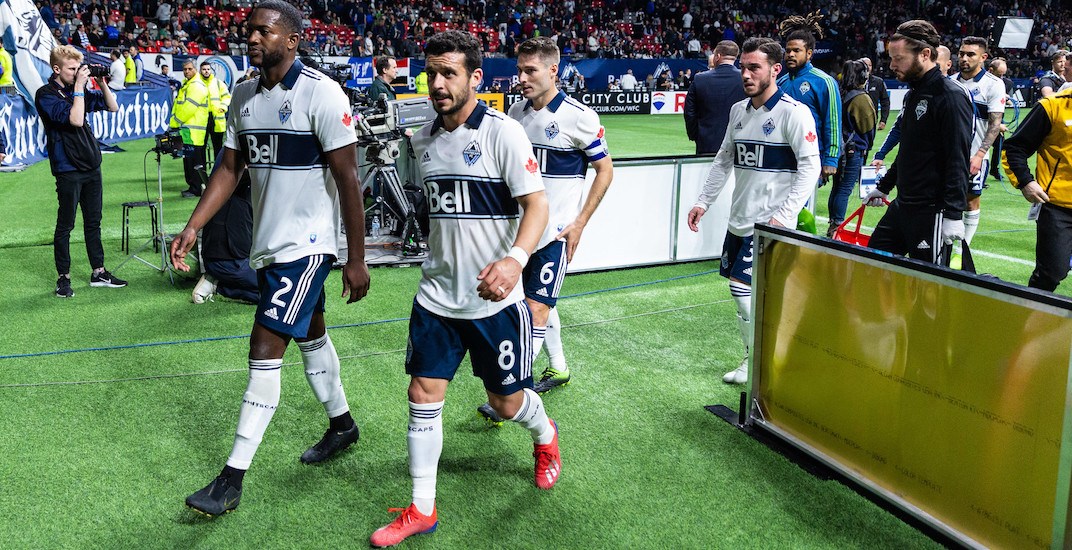 The Whitecaps were once the darlings of the Vancouver sports scene.

“The best sporting atmosphere in the city” wasn’t just a catchy marketing slogan, it was the honest truth. Still with that “new team smell,” having entered MLS in 2011, the Whitecaps outperformed their neighbours on Expo Boulevard in a number of areas.

While the Canucks and Lions were in each in a relative tailspin in terms of performance, perception, and attendance, the Whitecaps had momentum on their side.

Twelve months ago, the biggest issue the Whitecaps faced was the perception that they didn’t win games with a style of play that could be successful against the league’s top teams and translate into an MLS championship.

Fast forward to today, and those must seem like champagne problems.

Last April, the team’s largest supporters group penned an open letter criticizing the way the team had been managed.

“We intend to hold ownership, management, and coaching staff to a higher standard,” the Southsiders said.

“The model of football they are putting on the pitch week after week, year after year, is quite frankly, NOT good enough.”

The Whitecaps had a 3-4-1 record at the time, but clearly the honeymoon phase with fans was over.

Recent scandals including abuse allegations by former members of the Whitecaps women’s team and previous racist conduct by one of the club’s youth coaches has hurt the organization’s squeaky-clean image. Supporters groups have responded by organizing ‘walk-out’ protests during the last two matches, which has served to shine a light on management — and its perceived mishandling of the situations.

How the team responds in the coming days, weeks, and months will be vitally important for how they’re perceived in the marketplace.

Co-owner Jeff Mallett met with members of the Southsiders before Saturday’s game, and that’s a start. But if they want to put a stop to the negative media attention, the club needs to shed the perception that they’re ducking responsibility.

And they have to win more soccer matches.

After three playoff appearances in four seasons, the Whitecaps fell off a cliff in the second half of last season.

Trouble was brewing behind the scenes, with a toxic culture revealing itself in player media availability at the end of the season.

“We have a culture problem, there is no doubt about it,” Whitecaps president Bob Lenarduzzi admitted last October.

A number of players were jettisoned, including team captain Kendall Waston, who demanded a trade.

With new head coach Marc Dos Santos taking over the reigns, he set out to completely rebuild the team. A fresh start was needed, but with nearly all the club’s recognizable players now gone — including homegrown phenom Alphonso Davies — the connection between the team and fans was as fragile as ever.

At best, the results have been a work in progress.

The Whitecaps have begun the season with just one win in nine matches and sit second-last in the MLS standings.

“I think that that the concept that we want to play, the organization of the team, the understanding of the players is all there,” said Dos Santos, left having to explain the shortcomings of his team after a disappointing 1-1 draw Saturday in a match they felt they should have won.

“We have to grow offensively and that’s a secret for no one, it’s a part of the game that needs to grow and we have to be better.”

In fairness to Dos Santos, rebuilding a team during the short MLS offseason is no easy task, and he has hinted that more big moves are coming.

Major League Soccer has long season, there’s still plenty of time to turn things around. But the pressure is rising on Dos Santos and management, because the team is in a tailspin on and off the pitch.