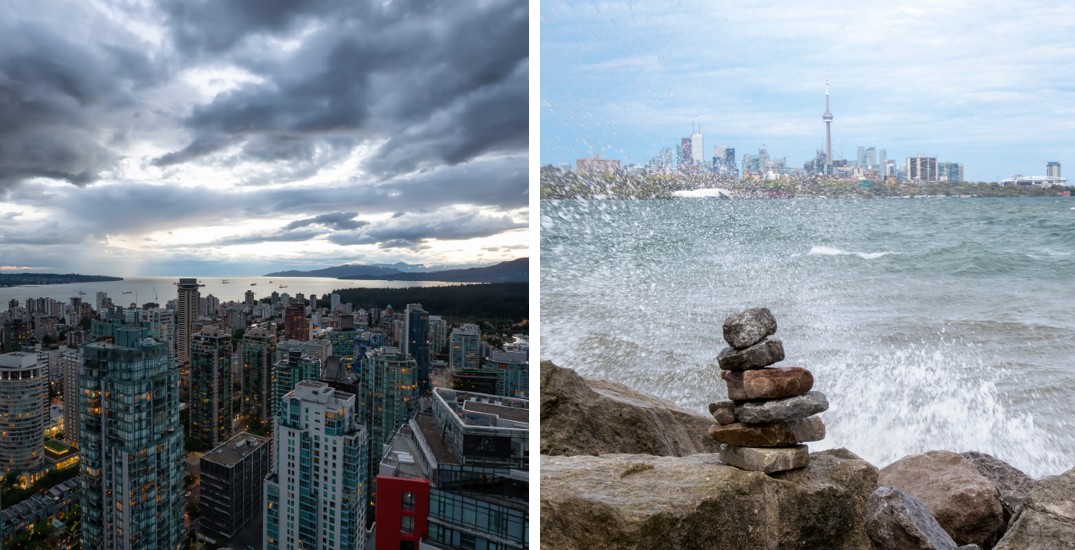 Over the last few weeks, Vancouver was dealing with bitterly cold arctic air, with windchill values dipping as low as -20°C, while Toronto was seeing some very mild winter weather.

But it seems that wicked cold has now moved east, into Ontario…

Arctic air and blistering wind is making for a freezing combo in Toronto, while things in Vancouver are looking a lot balmier — and wetter.

According to Environment Canada, temperatures in Toronto dipped to -20°C Tuesday and an Extreme Cold Warning has been in effect. The weather agency called the Arctic air “the coldest air so far this season.”

As it combined with the heavy winds in Toronto, hazardous wind chills also developed.

Temperatures between -21°C and -28°C are to be expected, along with a period of very cold wind chills, nearing -30°C.

Meanwhile, Vancouver will get drenched with a rainfall warning in place as yet another atmospheric river slams the region.

But the BC South Coast is also dealing with much balmier temperatures — hitting 10°C at one point Tuesday, Environment Canada reports.

Heavy rain, between 75-100 mm, is expected to soak Metro Vancouver until Wednesday afternoon. And there are fears of hazardous conditions as melting snow raises the chances of high stream flows and localized flooding.

“A strong southwest flow will develop today and result in an atmospheric river embedded with a series of systems aimed towards the south coast,” Environment Canada wrote.

“Snow levels will rise from 1500 to 2000 metres Tuesday and then further to 2500 metres on Wednesday. Snowmelt over higher elevations as freezing levels climb will contribute to runoff which may result in high stream levels and localized flooding.”

Residents of both cities have been advised to exercise caution by Environment Canada: Layer up in Toronto to prevent wind chill-induced frostbite, and stay away from washouts near rivers, creeks, and culverts in Vancouver.