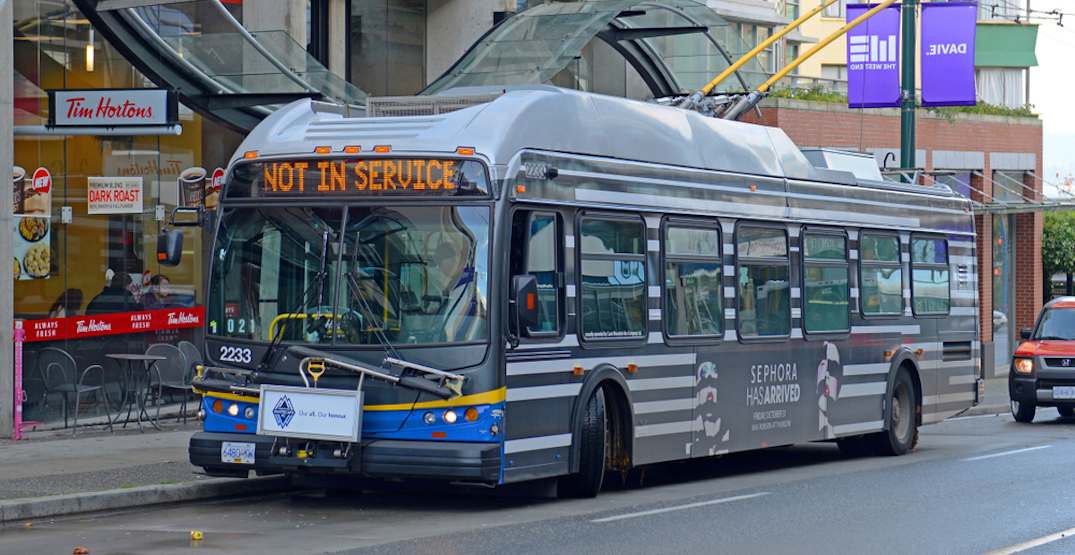 Organizations representing the business community are sounding the alarm over the potential severe economic impact from the transit shutdown of bus and SeaBus services.

The Greater Vancouver Board of Trade (GVBOT) states the shutdown of these major services from Wednesday, November 27 to Friday, November 29 will have enormous ramifications for all aspects of life and business in Metro Vancouver, including small business and service sector workers who rely on public transit to get around.

“For many small businesses, such a significant transit disruption could make it difficult to keep the doors open if employees are unable to make it to and from work,” said Bridgitte Anderson, president and CEO of the GVBOT, in a statement.

“The Greater Vancouver Board of Trade urges both sides to remain in negotiations until a deal is reached and avoid a system-wide shutdown. It’s time to work together to reach a resolution and end this period of uncertainty.”

The belief that small-to-medium businesses will see the greatest impact is also echoed by the BC Chamber of Commerce (BCCC). The shutdown timeline also coincides with Black Friday, the start of what should be the busy holiday season.

As well, low-income individuals and people with disabilities will also be at “serious risk.”

“We’re hearing from our members that even a three-day disruption will have serious negative consequences for their outlets,” said Val Litwin, CEO of the BCCC. “The potential of a union-initiated work stoppage could strand literally hundreds of thousands of British Columbians and puts undue hardship on their livelihoods.”

“When short-staffed or unstaffed businesses can’t deliver for customers, especially during a peak time like the holiday shopping season, they suffer. Small businesses that support local workers and economies often don’t have the reserves to weather disruptions like this and a prolonged strike could take out some businesses altogether.”

TransLink has stated about 160,000 people take the bus to work every day, and 100,000 of these individuals do not have a driver’s license or car access. Traffic models performed by the public transit authority forecast 30,000 additional cars on the road from regular transit riders who have access to a car.

Overall, 350,000 people take the bus daily, accounting for the vast majority of overall transit ridership. Half of SkyTrain ridership arrive to the train stations by bus.