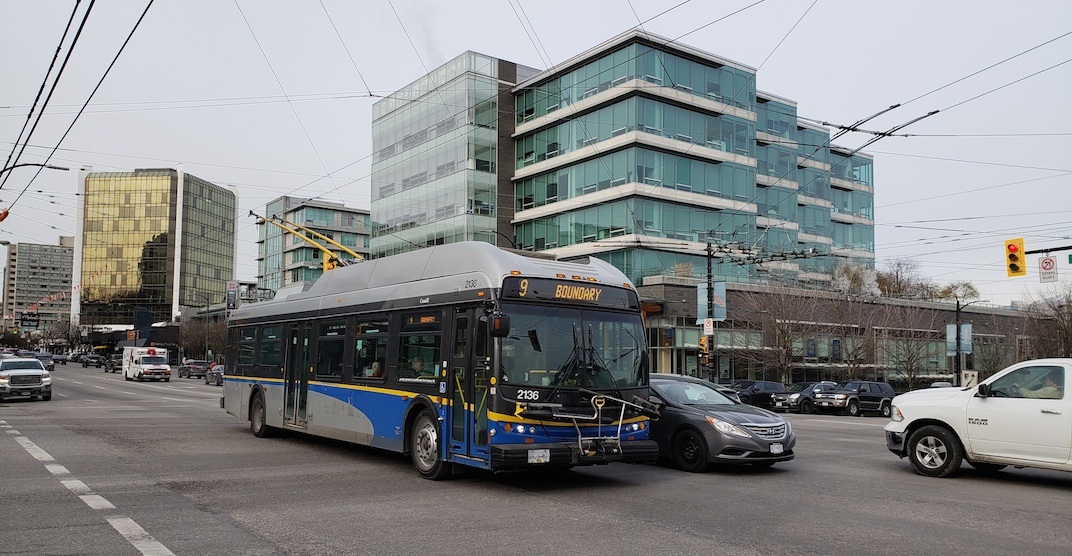 In anticipation of a full-scale, three-day shutdown of the bus system in Metro Vancouver this week, TransLink said on Monday morning it is “presenting options” for commuters who regularly rely on the bus.

In a release, the company said it is “getting ready by working with partners around the region to help the 350,000 customers who rely on bus and SeaBus services each weekday.”

These initiatives “won’t replace bus and SeaBus service, but we are doing what we can, providing options so commuters can reach their destination or connect to other modes, which are unaffected by job action,” said TransLink CEO Kevin Desmond.

During the planned shutdown, a number of public transportation options will still be available and in service. These include the following:

Desmond also said that “off-peak” SkyTrain service will be increased, and there will be “higher levels of SkyTrain attendants and police at stations to assist with customer flow. As well, the number of pick-up/drop-off locations will be increased – including designated unused bus stops near SkyTrain stations.

For transit pass holders who do not use any public transit during the three-day strike, a pro-rated Stored Value credit will be automatically applied to their Compass accounts.

Other options, according to Desmond, include the following:

Desmond also noted that TransLink’s transportation modelling suggests as many as 36,000 additional cars will be on the road during morning rush hour due to the union’s shutdown.

As such, he said, “TransLink is encouraging businesses to allow employees to telecommute and permit more flexible work schedules.”

The full-scale bus service shutdown is scheduled to take place this Wednesday, Thursday and Friday, should no deal be reached before then.