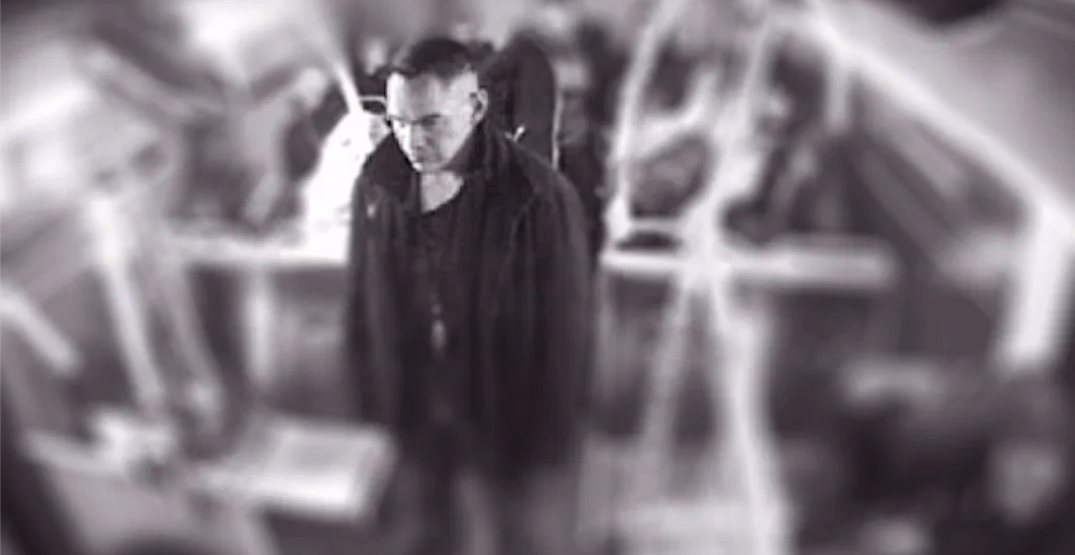 A security camera still of the suspect. (Transit Police)

Metro Vancouver Transit Police are asking for the public’s help in identifying a suspect who allegedly committed a robbery on a bus, punching the victim “several times” in the process.

In a release on Thursday, police said the incident occurred in Vancouver around 5:20 pm on November 6, in the 2000 block West 41st Avenue.

The victim boarded the bus and shortly after was approached by another passenger who asked the victim if he would trade his toque for the suspect’s hat.

“When the victim refused and tried to ignore the man, the suspect allegedly grabbed the toque from the victim,” said Transit Police Sgt. Clint Hampton. “When he tried to get it back, the suspect grabbed him by the collar, clenched his fist, and cocked his arm back.”

The victim was successful in retrieving his toque but the suspect began “violently punching him.”

At that point, Hampton said, “a Good Samaritan intervened but was also allegedly punched in the face by the suspect prior to him getting off the bus at the Marpole Bus Loop.”

Police attended to the scene and spoke with the victim, but the Good Samaritan had already left the area.

Hampton said the suspect is described as an Indigenous man with a medium build. He was wearing a green Cariboo Beer hat, black jacket, black shirt, dark jeans, and black shoes at the time of the incident.

“The level of violence involved in this robbery is concerning,” said Hampton. “Transit Police would like to speak to the Good Samaritan and anyone with information about the identity of this suspect, or who witnessed this incident.”