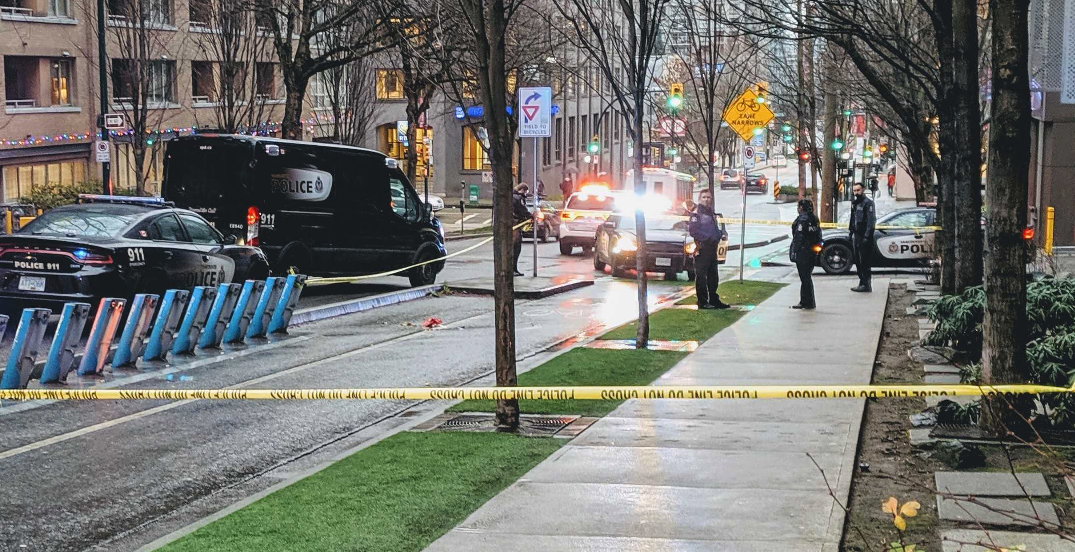 One man is in custody following a police incident in Vancouver’s Yaletown neighbourhood on Wednesday morning.

According to VPD Const. Tania Vinstin, police were called to the area of Richards and Nelson Streets just after 8:30 am for reports of a man holding a knife and “waving it around.”

Upon being approached by police, “the male refused to drop the knife,” Vinstin told Daily Hive. “Police officers used their bean bag shotgun to prevent him from hurting them or any other member of the public.”

The man was arrested at the scene, and taken to jail where he remains in custody.