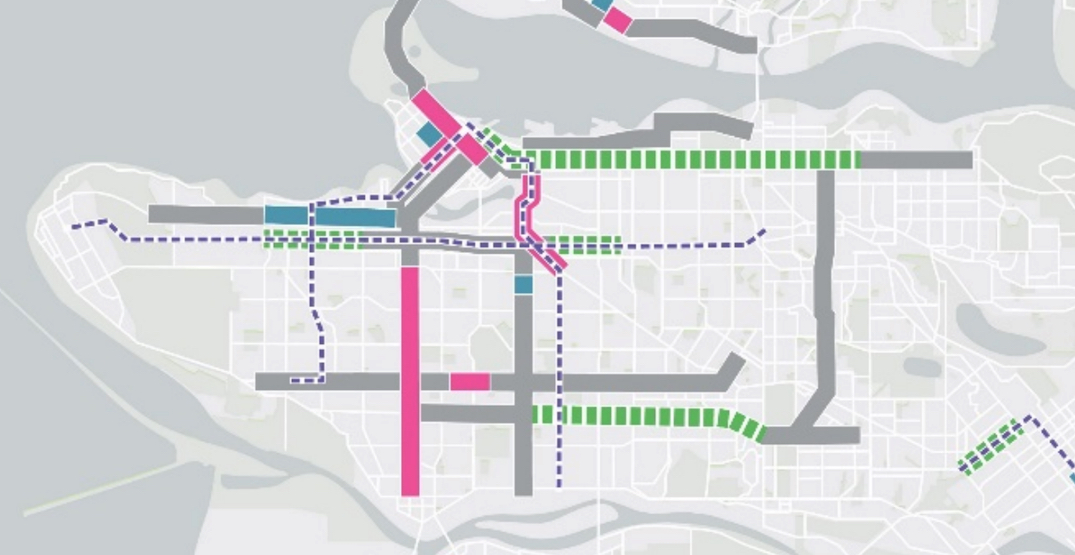 A month after proposing the initiative to the Mayors’ Council, TransLink is returning to the governing body this week with its assessment on quickly implementing bus priority measures.

With traffic congestion rising due to increased car use during the health crisis, the public transit authority intends to roll out the measures over the coming months to better improve bus reliability and travel times and ensure operating costs do not rise.

These changes that speed up buses to make them more efficient, thereby reducing the required number of buses, will cut up to 19,000 annual service hours for bus operations, resulting in savings of up to $2 million. The one-time implementation cost of $2 million for the measures will be recouped within just one year from the lowered operational costs.

Bus passengers could see their travel times reduced by up to five minutes each way per day on a target corridor for changes. 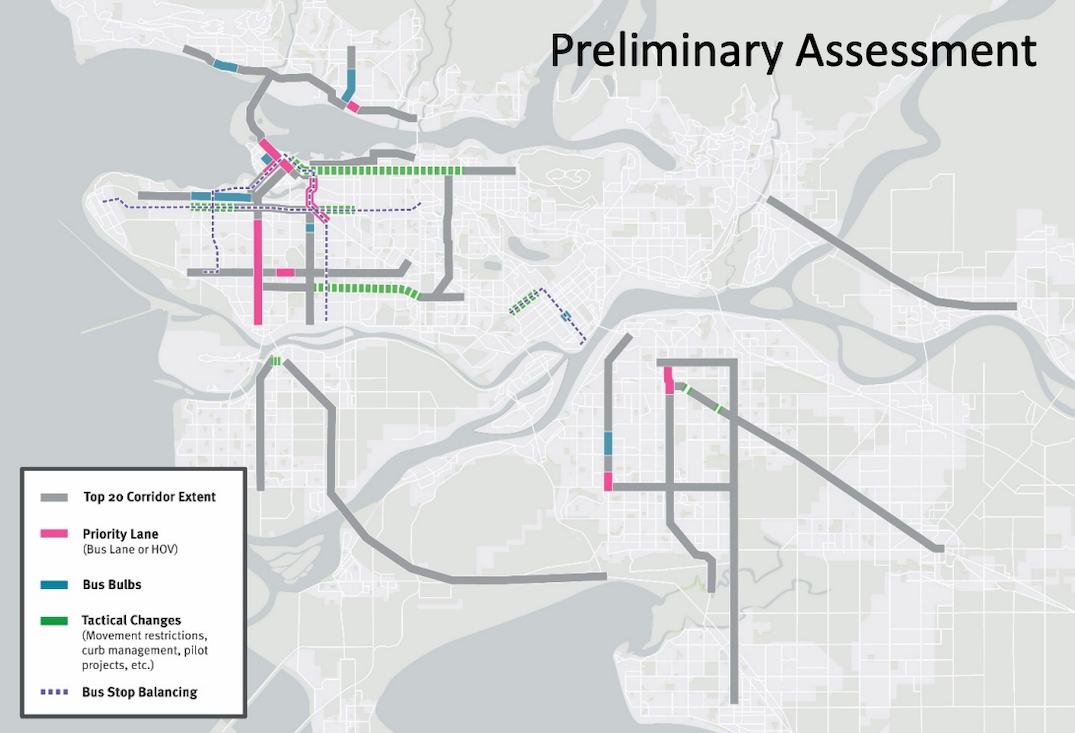 Bus bulbs that extend bus stop sidewalk space into the curb lane are targeted for areas that include West 4th Avenue in Vancouver, Marine Drive in West Vancouver, and Lonsdale Avenue in North Vancouver. Such changes will enable buses to remain on the travel lane at bus stops, eliminating the time spent to pull in and out of traffic.

Where bus stops are clustered too close together, some stops will be removed along the University Boulevard and Broadway corridor between UBC and Boundary Road, Hastings Street and Burrard Street in downtown, the Main Street and Kingsway corridor between Chinatown and 16th Avenue, Fraser Street from Kingsway to Marine Drive, Cornwall Avenue in Kitsilano, and the Macdonald Street, Puget Drive, and Larch Street corridor from West 1st Avenue to West 41st Avenue. 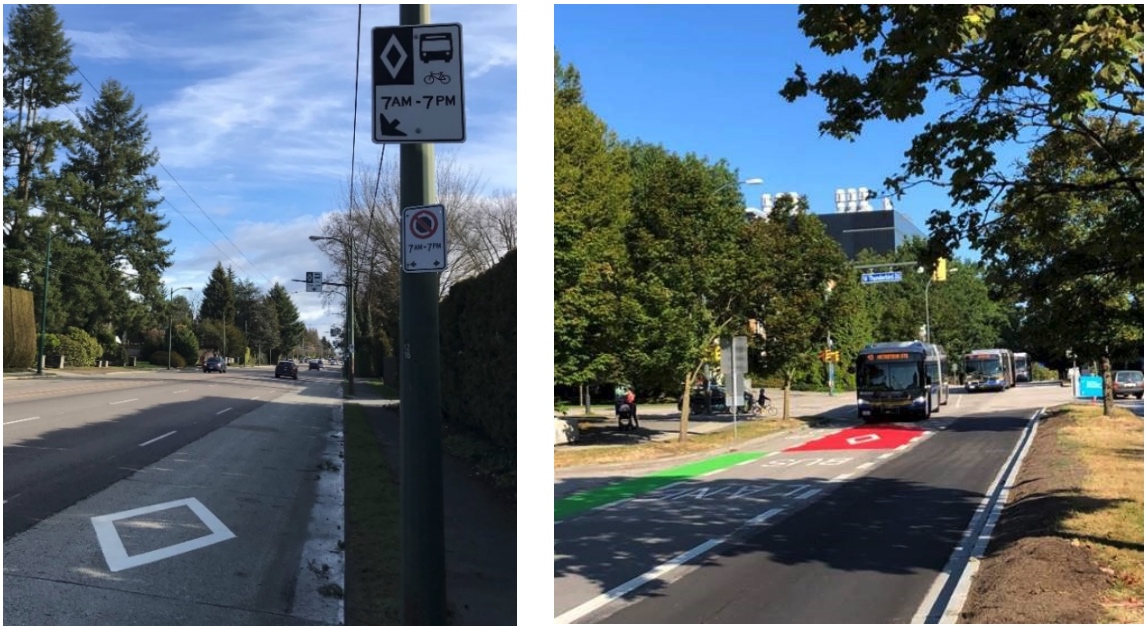 “Many of the opportunities for rapid response bus priority identified in this report are in the City of Vancouver. That is to be expected, as half of the top twenty corridors for regional bus delay are wholly or partially in Vancouver. Vancouver also accounts for a significant share of regional bus ridership, has corridors with high-frequency bus routes, and has relatively high levels of roadway congestion. As a result, it has a significant share of regional passenger delay,” reads a TransLink staff report.

“While many of the near-term bus priority opportunities are in the City Vancouver, reducing delay benefits the entire region. This is due to the regional nature of transit ridership, with people commuting to or through Vancouver for jobs, education, appointments, entertainment, etc. Because the transit system is funded by the region, the financial gains of reducing bus delay benefits the region. The actual operating cost savings from bus priority will be reinvested in those same corridors to address crowding or in other areas of identified need.”

If bus priority lanes are maximally implemented along the 20 corridors, TransLink estimates the changes will reduce 10% to 15% of all travel time delay across the bus network, and reduce annual operating costs by $7 million to $10 million. The one-time implementation costs of $13 million to $20 million will be recuperated in two to three years.

Major bus priority measures were implemented on several of these corridors as part of the new RapidBus routes.

A Fall 2019 report found that slowing bus service has increased TransLink’s operating costs by $75 million annually — equivalent to about 700,000 annual bus service hours or 12% of the annual operating costs of the bus fleet. In fact, 80% of the region’s buses are travelling slower compared to 2014.