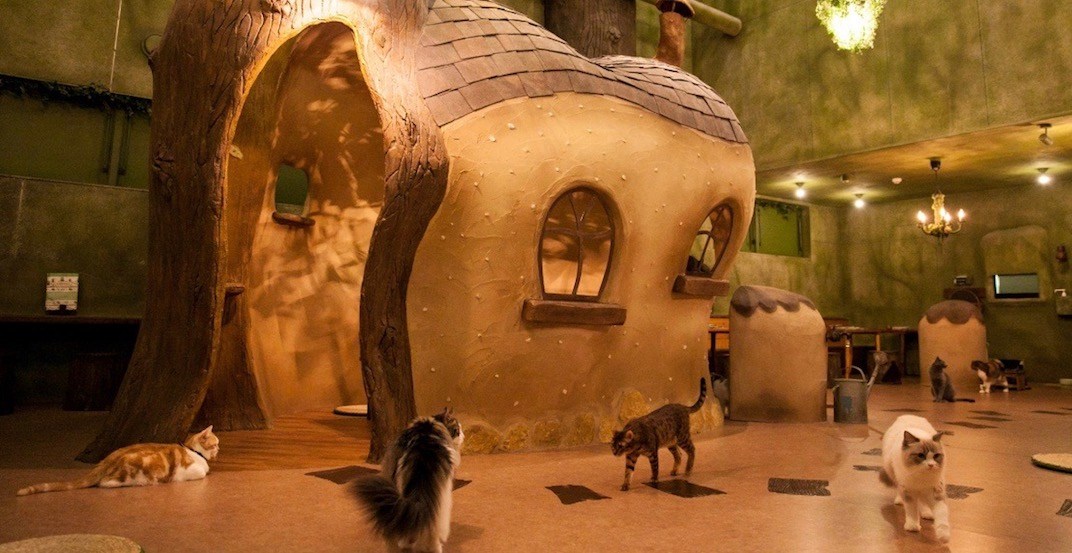 We already have one of these purrfect niche businesses in the city, but we could always use another.

Described as a “whimsical cat adventure,” Catoro will be “an escape from society and from everyday worries.”

Catoro is partnering with Cat Therapy & Rescue to showcase “some of their most socialized cats in our cafe setting and allowing patrons to spend time with them and potentially find one to adopt.”

Owners behind the cafe aim to draw attention to the national crisis of feline overpopulation across Canada while celebrating the mysterious forest based on the 1980’s Japanese animation My Neighbour Totoro.

The business will not only offer feline friends but will also serve bubble tea and waffle desserts.

“A very similar café for reference is called “Temari no Ouchi,” which is located in Tokyo Japan. In Japan, this idea of “nekko no mori,” literally means cat forest.

The team is currently operating a Go Fund Me page to reach their goal, we’ll keep you posted on details as they come.