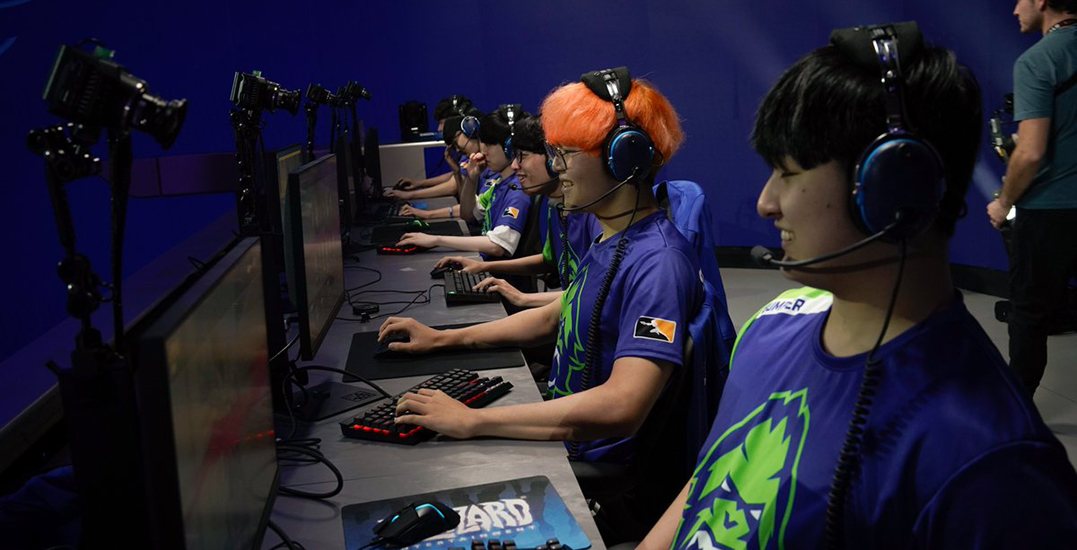 This weekend, the latest professional team to call Vancouver home made their mainstage debut at the Blizzard Arena during the first weekend of matches in Season 2 of the Overwatch League. The Vancouver Titans – made up completely of ex-Runaway players from the Korean Contenders League – are one of eight new teams to buy into the exciting first-person action provided by the competitive Overwatch League.

On the third day of OWL Season 2, the Vancouver Titans fans were treated to one of the most decisive debuts in league history, as the squad representing YVR did not drop a single map. Thanks to years of experience playing with one another, the Vancouver Titans didn’t waste anytime putting it to the Shanghai Dragons – whom have yet to ever win a head-to-head match in the Overwatch League – with big plays from star Main Tank Bumper, and clutch ultimate combos from Support Haksal and Off-Tank Jjannu.

The match-up began with a shaky performance on Busan while the Dragons and Titans battled through the control, which was eventually stolen by the Titans thanks to a crazy display of Brigitte play by Haksal. Map 2 saw the Titans absolutely astonish on defence, as the Dragons were kept from ever capturing the payload on Hollywood, ending the match before it really had a chance to start. All the Titans had to do when it was their turn for offense, was get a single tick on the payload, and they did so within what felt like seconds.

Temple of Anubis was the assault map (game 3), and saw the Dragons come as close as they would to nabbing a map from the Titans, but they eventually fell thanks to major plays on defence from Jjannu and Twilight. The final map was Dorado but was ultimately a stat-padding game as the Vancouver Titans had already won the series by beating out the Shanghai Dragons on the first three in the best of four.

You can watch the entire match via Video on Demand HERE

The Runaways Titans got up to a bunch of old tricks including a sneaking Bumper Reinhardt, DPS all-star Stitch coming off the bench to destroy on McCree, and more.

It’s clear after their first series that the Vancouver Titans have shown up to play at this top-tier level, and the fans must be stoked for the remaining matches in Season 2 (which will continue for Vancouver on Saturday, February 23rd at 3PM PST). The team walks away from a 4-0 sweep of the Shanghai Dragons in week 1 with a lot of confidence. In an interview with OWL Host and translator Danny Lim, Bumper put the rest of the league on blast. “All the other Overwatch League Teams, brace yourselves. We will beat you 4-0 every game” said the Titans’ Main Tank with a bit of a cheeky smile on his face.

While the season has only just begun, in almost flawless fashion, there is a lot of Overwatch to be played in 2019. The Titans next match-up will be against another first-year team in the Guangzhou Charge, who lost their debut match in week 1 against the first-year Chengou Hunters. 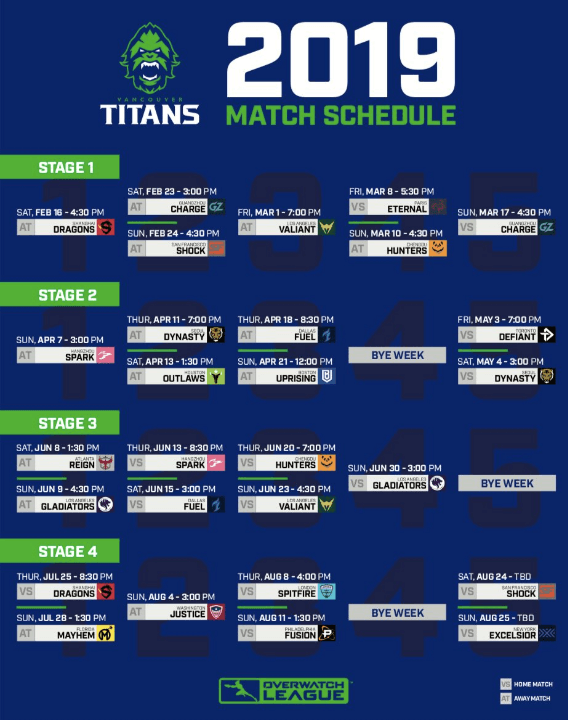 OWL, as a league, is growing up in Season 2, and we’re excited to see how the freshly minted Vancouver Titans (owned and operated by Canucks Sports and Entertainment, and Luminosity Gaming) rise to the occasion, and the expectation of Vancouver Overwatch and Runaway fans alike.

Until next week, don’t forget to press “Q” to win.

We just took our first bite of #OWL2019 and… we like it. #ForceOfNature pic.twitter.com/Dm1VcC8FCl