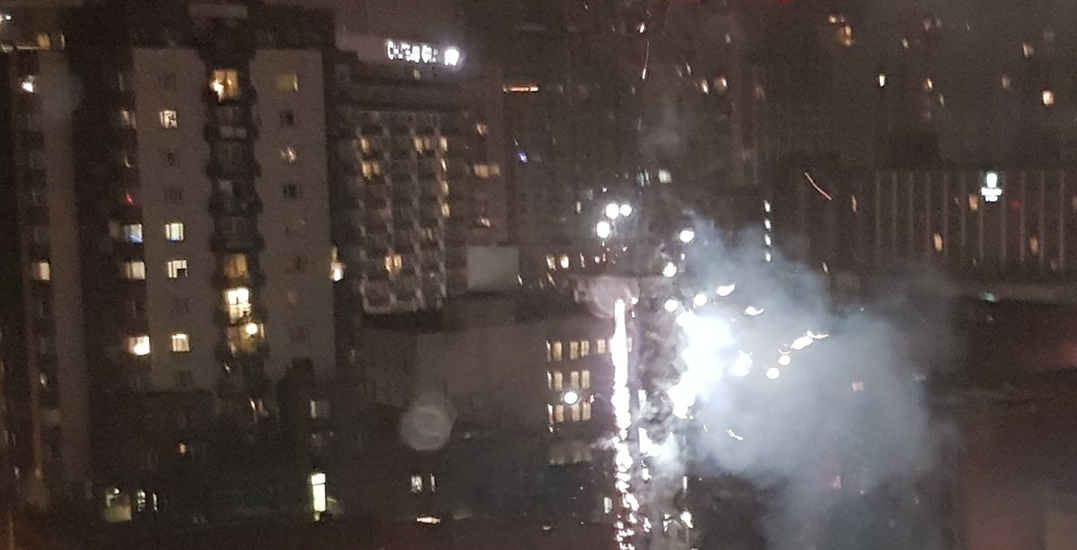 Last night, a few residents of Vancouver were woken up to the sound of crackling fireworks. Police report that they received multiple reports of unauthorized fireworks going off downtown.

Woke up to some 1.30am fireworks in downtown in the rain on a Thursday night… Stay classy Vancouver… pic.twitter.com/66W8RKmGez

“We received at least one call at around 1:45 am,” says Constable Jason Doucette. “The sounds were originally described as gunfire.”

Needless to say, Vancouverites weren’t too impressed, especially since it took place on a rainy Friday morning.

I was wondering what that racket was!

Fireworks going off in #Vancouver at 1:40 am on a Thursday? @ScanBC

I hope the guy setting off fireworks in the middle of downtown Vancouver at 1:30 AM blows his fucking hand off.

130am fireworks after watching The Haunting of Hill House is not what I needed.
Stupid Vancouver at Halloween time.
It’s pouring outside…who is setting off fireworks in the rain anyways?

“We did not locate the person(s) setting off the fireworks,” Doucette adds.

The City of Vancouver has a bylaw that fireworks can only be set off on October 31 (or October 30, if the 31 falls on a Sunday).

Any other case requires a permit and must be in an area that avoids people, animals, buildings, and vehicles, otherwise, the users can face a $500 fine.

Stay classy Vancouver, and if you’re planning on using fireworks, how about using them on Halloween night – before 1:30 am, preferably.