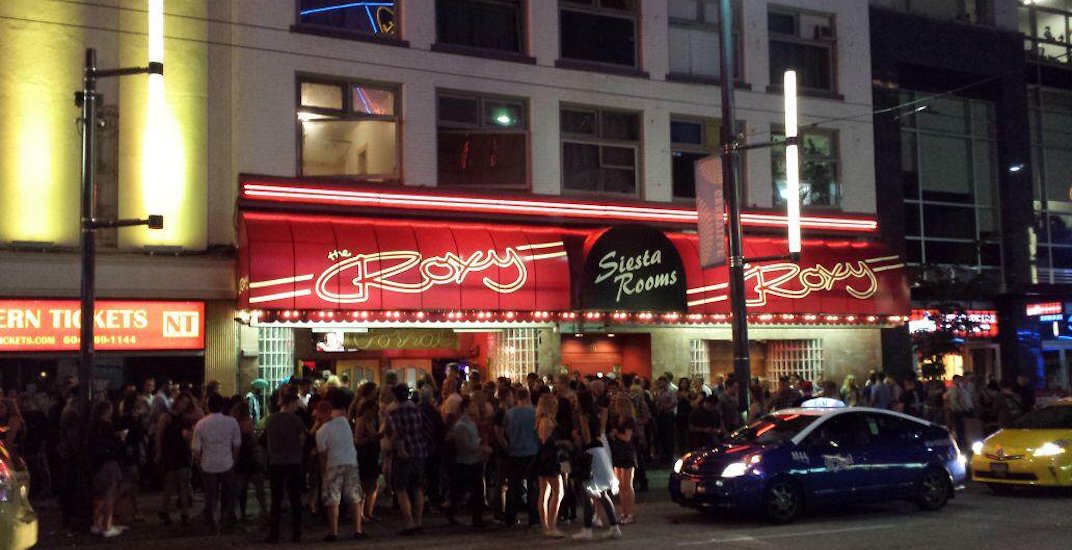 The Vancouver Canucks have been long thought to have an extra advantage while playing at home, and it has nothing to do with the players on the ice or the fans in the stands.

It has to do with a famous bar on Granville Street.

The Roxy has long had a connection with the Canucks, and more specifically, their opponents.

Mention the Roxy Flu to local hockey fans and they’ll know exactly what you mean: a visiting team comes to Vancouver, parties too hard, and are sluggish when it comes to game time.

What are your office hours this week @RoxyVancouver ? Just asking for a friend ————>@ShaneOBrien55

Shane O’Brien will forever be linked to the bar. He was benched by then-Canucks coach Alain Vigneault after showing up late to an 11 am practice in 2010. Given he played for the Canucks at the time, of course he was recognized at the bar the night before. 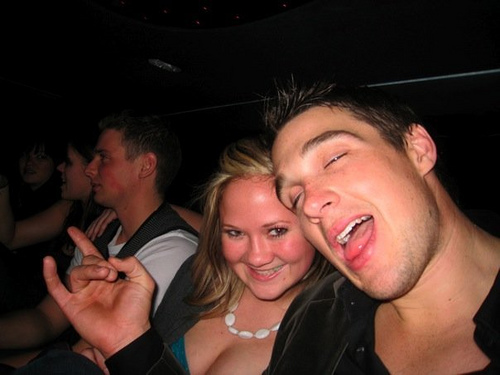 Jeremy Roenick is another Roxy legend.

Roenick first visited the establishment as a rookie in the late 1980s and says the wildest night came when Michael Jordan and the Chicago Bulls were in town to play the Vancouver Grizzlies in the mid-1990s.

“They held court like nobody’s business,” said Roenick. “All the girls were all over [Dennis] Rodman, and he was loving every minute of it.”

Even after retirement, Roenick is a Roxy star. He reportedly sang “Funky Cold Medina” on stage after Game 5 of the Stanley Cup Final.

The Roxy is also the place where Team Canada celebrated after winning the gold medal in 2010.

The Washington Capitals were in prime position to fall victim to the epidemic on Monday— having arrived to town a couple of days early. As we saw after their Stanley Cup win, Alex Ovechkin and his teammates know how to party, and yet, they were unfazed.

The Capitals won the game 5-2, playing well in all areas. There was no Roxy Flu on this night.

According to a recent story in the Washington Post, NHL players no longer contract the virus. In other words, they don’t often go to the Roxy anymore.

“I haven’t been to the Roxy on any team that I’ve been on,” said 26-year-old Capitals forward Brett Connolly, who has played for three teams since entering the league in 2011.

“[The Roxy Flu] has probably helped the home record of the Canucks,” said former Canucks goalie and current NHL broadcaster Kevin Weekes. “Certainly it was a big thing on the NHL radar back then, but I don’t hear as many players talking about it now as probably back in my day. I think social media has changed a lot of things too – for the smart players.”

Players seem to favour establishments that offer more privacy nowadays. Talk to people that know where to look and they’ll tell you Pierre’s Champagne Lounge in Yaletown is a better spot to find a hockey player than the Roxy.

Try snapping a photo of an NHL player there, and the bouncer will grab your phone and delete it.

The Capitals didn’t go to the Roxy in their visit to Vancouver last season, but there were whispers they contracted an influenza from another establishment. How else do you explain the eventual Stanley Cup champs losing 6-2 to one of the worst teams in the league?

In a social media world, players need more privacy than ever. Nobody wants to end up like Patrick Kane, Kris Versteeg, and John Madden, whose shirtless photos with girls in the back of a limo went viral following a trip to the Roxy back in 2010.

TJ Oshie, an NHL player since 2008, said it’s been about seven years since he’s been to the Roxy.

“I’m sure [the younger players] probably heard about it in folk tales and stuff like that,” said Florida Panthers forward Troy Brouwer, who was a member of the Blackhawks when his teammates were caught shirtless. “When guys go out and enjoy themselves now it is usually in a different manner just because they are not trying to be in the spotlight or put themselves in vulnerable positions. Sometimes when you are in a situation like that, it’s not always the best for images.”

Perhaps there are players that still frequent the Roxy, but certainly it’s not like the old days.