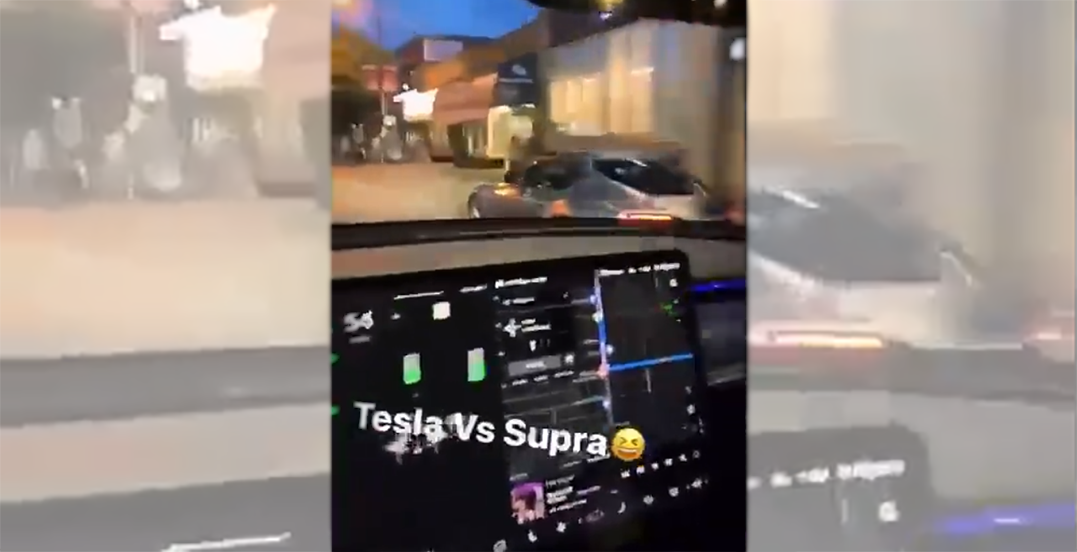 Police in Vancouver are working to identify two drivers involved in an apparent street race.

A short video posted on social media shows the two vehicles, a Tesla and a Supra, racing each other on Fraser Street in Vancouver. The Tesla can be seen reaching 172 km/h and weaving between traffic lanes to avoid other vehicles. The Supra appears to be going at a similar speed.

VPD Traffic Sergeant Mark Christensen shared the clip on his account, hinting that police were notified about the video by one of the driver’s friends.

“When you post this to social media… going 170 km/h in Vancouver, I will guarantee you that one of your ‘friends’ will rat you out!” he tweeted.

Christensen says that they’ve identified the Tesla and that the Supra can “expect a visit from [VPD] in the near future.”

When you post this to social media… going 170 kmh in Vancouver, I will guarantee you that one of your “friends” will rat you out! We have identified the Tesla…working on Supra, you can expect a visit from us in the near future! @VancouverPD @ChiefPalmer @VPDTrafficUnit pic.twitter.com/wPr7CW3oP3