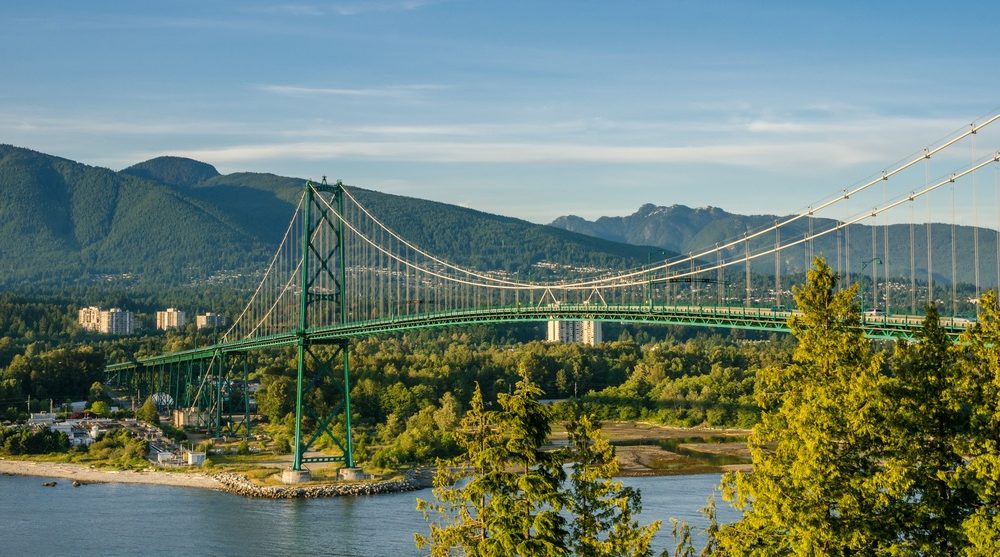 West Vancouver Police are on the lookout for three break-and-enter suspects, after a homeowner called them this past Saturday night to report someone trying to break down their door.

According to police, the incident took place at 10 pm, when officers responded to the 1400 block of Chartwell Drive after someone called 911 claiming that someone was trying to gain entry to their home by breaking down their front door.

When the homeowner called out, the suspects fled.

In response to the call, police immediately set up containment in the area and located the suspect’s vehicle idling nearby.

The vehicle fled at a high rate of speed and was observed driving extremely dangerously, at one point travelling the wrong way on Hwy 1 in an attempt to avoid a roadblock, police said.

The Air 1 helicopter was called and tracked the suspect’s vehicle across the Lions Gate Bridge and into Stanley Park, where the suspects fled on foot.

Officers from the Vancouver Police Department assisted in searching throughout the park, but the suspects were not located.

“We appreciate the assistance of Air 1 as well as members of the Vancouver Police Department,” said WVPD Const Kevin Goodmurphy in a release. “This was a dynamic situation with significant risk to the public, due to the extremely dangerous driving behaviour of the suspects.”

Officers located the unoccupied vehicle in Stanley Park where it was seized for investigation.

It was determined that the suspects did not gain entry to the residence on Chartwell Drive, police said.