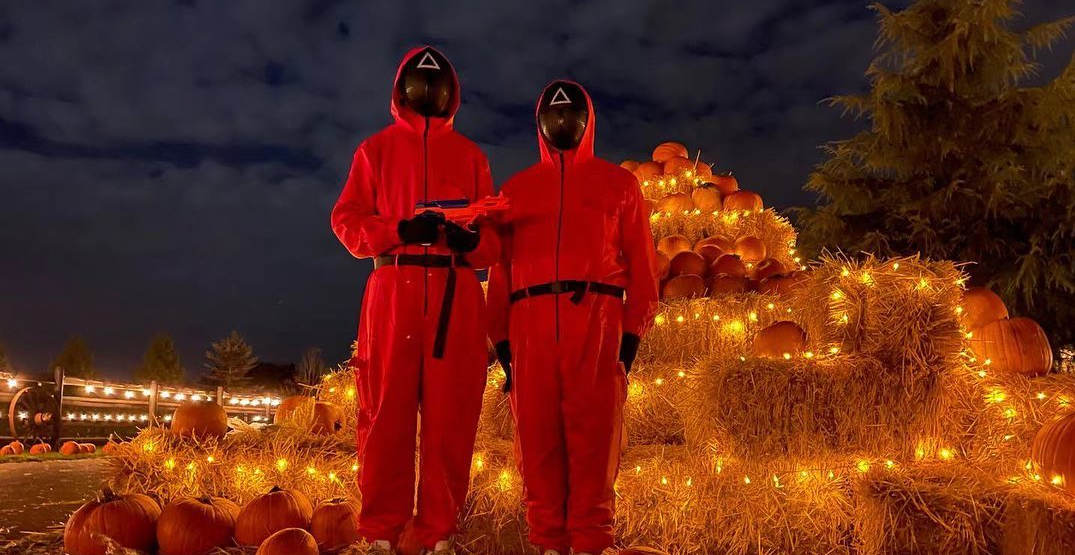 Hopefully your October 2021 was filled with plenty of pumpkin patch visits and haunted Halloween houses.

This year, following the immense popularity of Netflix’s Squid Game, a lot of people wanted to play a toned-down version of what they saw in the show in real life.

The R.J.T Blueberry Park in Langley had an event they called The Halloween Haunting Adventure: The Pumpkin Game for the 2021 season.

There was a “Squid Go Round” where you could play a modified version of Red Light Green Light from the series. Players had to make it through the circle, avoiding the moving fences while being chased – but they could only move on the “green light.”

In addition to the TV series themed activities, participants could also take photos with the alpacas and enter the haunted dungeon.

This farm wasn’t the only one getting on the bandwagon this year. A popular Vancouver restaurant also had its own version of Squid Game pairing Korean cuisine with fun and games.

Whether Squid Game ends up being a very “2021” kind of Halloween theme or it stands the test of time remains to be seen, but Vancouver definitely had an appetite for the game this year.