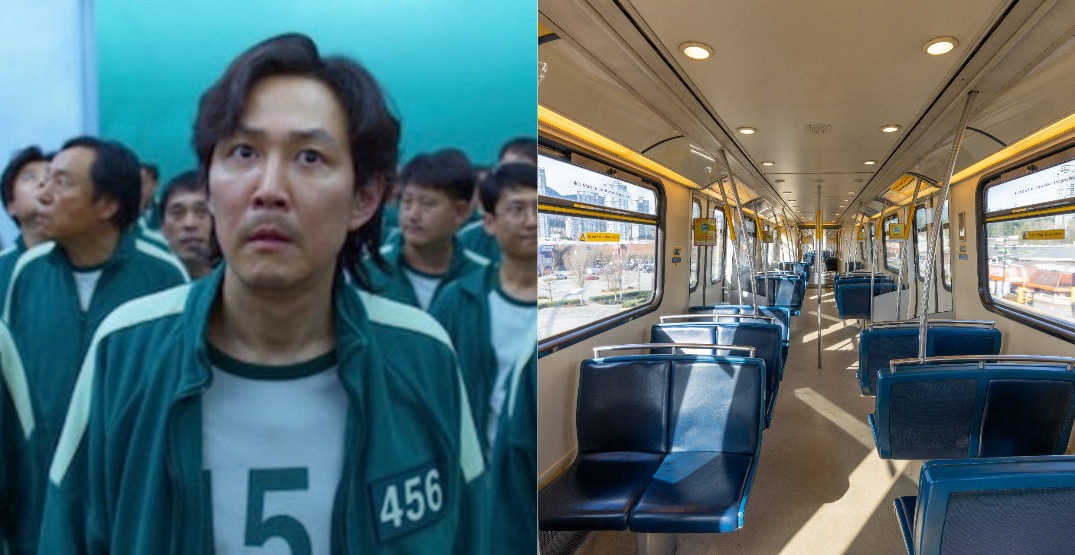 The Vancouver Transit Police are hopping aboard the Squid Game hype train, after putting out a lighthearted warning to transit users on Twitter.

If for some reason you have not yet watched an episode of the South Korean survival drama, (without spoiling too much) it revolves around a game where contestants have a chance to win loads of money.

If this man approaches you at a SkyTrain Station, please let Transit Police know right away! (We just want to know what happens when you play as red 🤔) #SquidGame #NotARealPSA pic.twitter.com/DcER4qiyrn

Thankfully, as the hashtag indicates, it isn’t a real public service announcement from the Transit Police, just another Squid Game meme.

The picture in question in the tweet is of actor Gong Yoo, who plays a salesman that recruits people to play the game. Definitely avoid anyone who tries to do that to you.

Squid Game is quickly morphing into a cultural phenomenon around the world.

According to a report from Bloomberg, the show that cost just over $20 million to make had generated nearly a billion dollars in revenue by October.

To put that further into context, the show only launched in mid-September.

Apparently someone else is cashing in on the Squid Game hype in the city, as Squid Game cards have been found left on cars in Metro Vancouver.