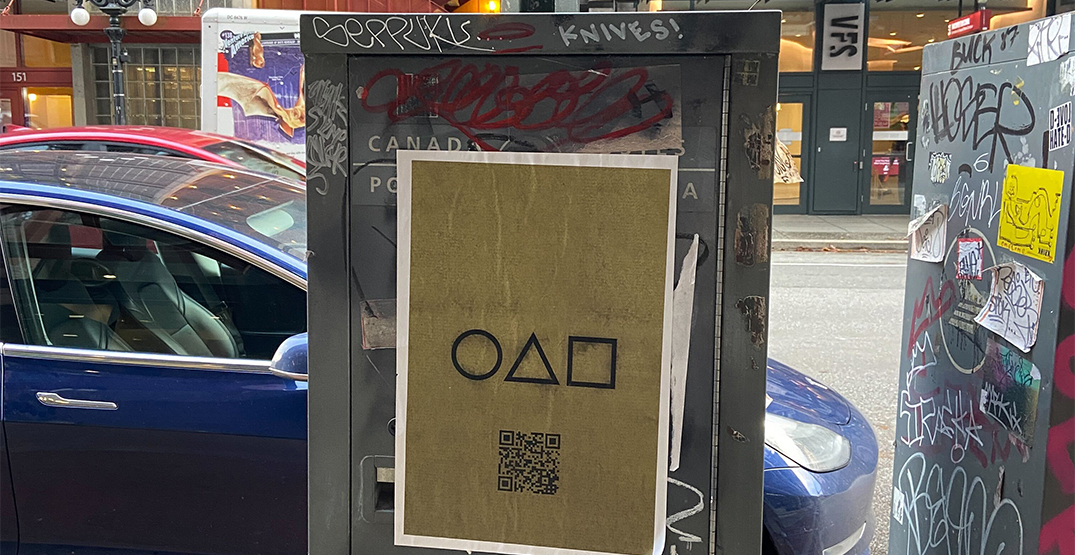 As some local businesses lean into Squid Game business cards to advertise their products, at least one online retailer of psychedelics is jumping on the trend.

The poster links to Area 51, an online store that sells mushrooms, LSD, DMT, MDMA, and ketamine. Daily Hive has reached out to the store for comment. 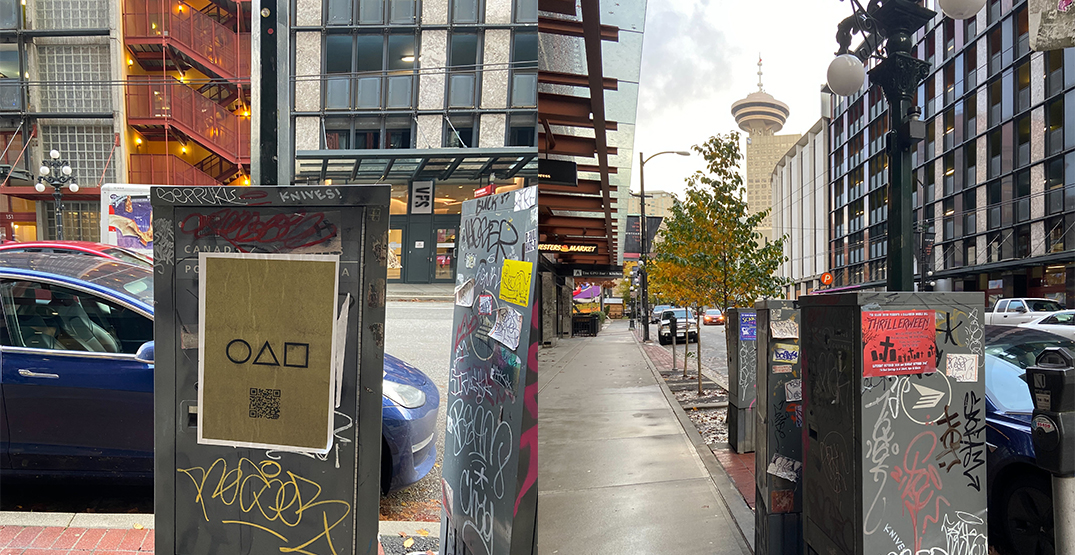 The shop only accepts Bitcoin because, according to its website, PayPal closed its account. It also says it’s been selling these products online for over a year.

The gory Korean drama quickly became Netflix’s most-viewed show ever this month. Other businesses, including a local radio show and a workout supplement shop, have placed Squid Game-style business cards on vehicles around the Lower Mainland.

While those businesses were selling legal wares, this shop sells controlled substances — although, according to its website, it has “as close to a perfect record as possible in the industry.”

Several other psychedelic shops have been putting scannable QR code posters up around downtown recently, but their graphics tend to be mushroom-themed rather than reminding potential customers of the chilling show.

One thing is for certain — nobody wants their trip to turn out like Squid Game.