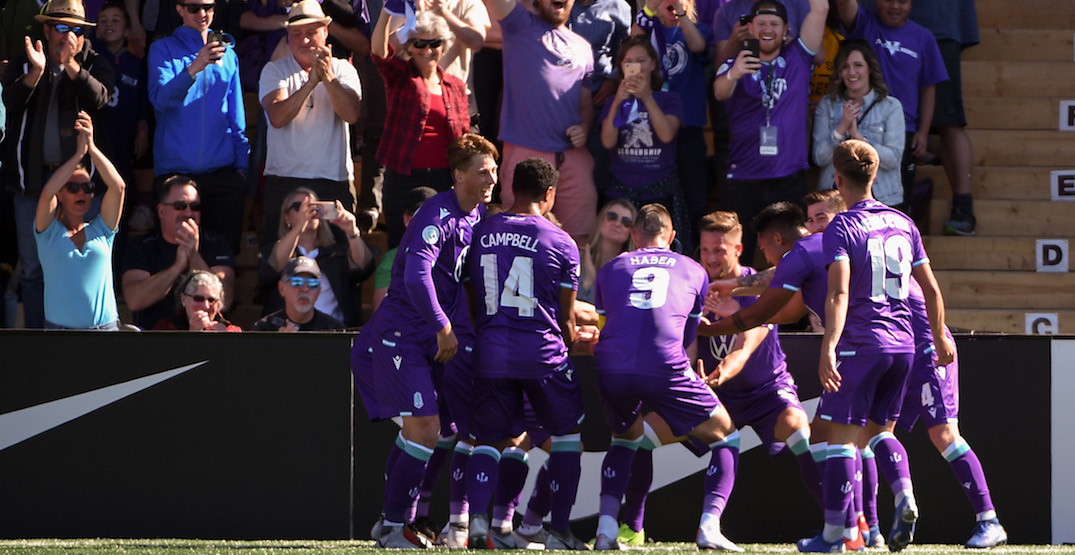 The new Vancouver CPL team will be a rival of Pacific FC, which plays in Langford on Vancouver Island (Anne-Marie Sorvin-USA TODAY Sports)

Greater Vancouver is set to be home to a new professional soccer team.

“Expanding into a great sports city like Vancouver is exciting,” said David Clanachan, CPL Commissioner. “We look forward to working with SixFive to continue to grow professional soccer in Canada and create a solid foundation that will be the pathway for players to develop and showcase their skills in front of passionate supporters.”

The unnamed Vancouver soccer team is set to begin play in 2023.

The CPL was founded in 2019 as part of an ongoing investment into local soccer development, and is the highest domestic league that features teams located only in Canada.

One of the CPL’s biggest triumphs was Victoria-based Pacific FC’s 4-3 win over the MLS’ Vancouver Whitecaps earlier this year in the Canadian Championship Round of 16, that saw head coach Marc dos Santos fired the following day.

Vancouver will have a natural rival in Pacific, as well as Calgary’s Cavalry FC and FC Edmonton.

It could make sense to place the team in Surrey or Langley, though a stadium would likely need to be built.

“We are excited to bring the Canadian Premier League to Vancouver,” said SixFive co-founder Dean Shillington. “We are currently speaking to several municipalities about a location and a potential new stadium for this club’s home pitch. Growing the league and investing in the Canadian game is our mission and we are thrilled to bring a new, fan-centric and energizing CPL team to Vancouver.”

The Vancouver team could be joined by a possible Saskatchewan expansion franchise to round out the league to ten teams.

A Saskatchewan group has been granted ownership rights but Clanachan said there are still “several conditions for that group to clear” before officially joining the CPL.