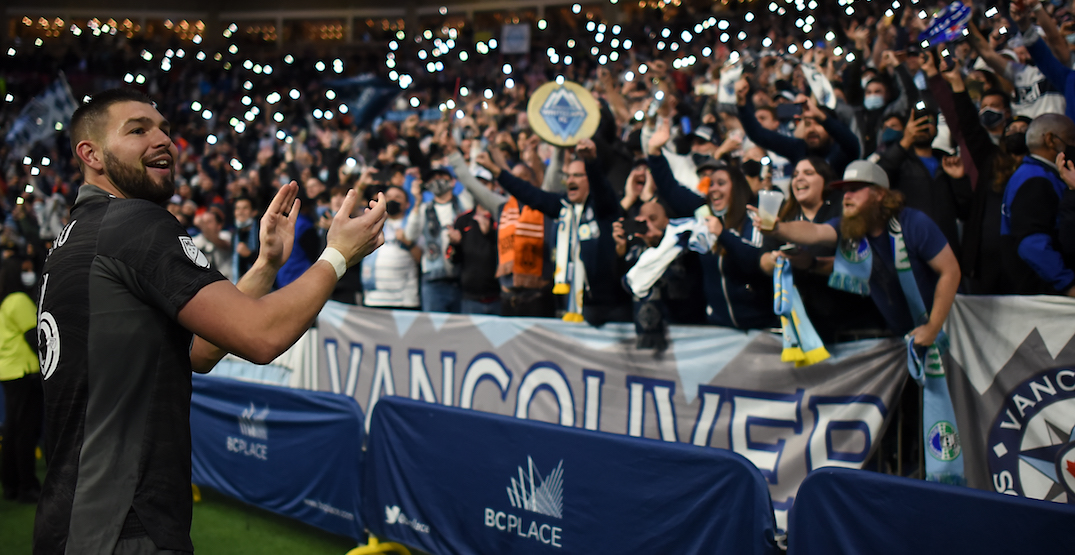 After starting the season with just two wins in their first 12 matches, playing in a temporary home in Utah, the Vancouver Whitecaps came all the way back.

They did it by losing just twice in their final 22 matches, mostly under new head coach Vanni Sartini.

Playing in front of 25,117 fans at BC Place, the Whitecaps finished the job, earning a 1-1 draw against the Seattle Sounders, which was all they needed to do to earn their first playoff berth in four years.

The Whitecaps turned BC Place into a fortress since returning to Vancouver this summer, posting a 7-1-1 record on their home turf.

After Seattle scored the first goal of the match in the eighth minute, on a penalty scored by former Whitecaps striker Fredy Montero, the Whitecaps drew even.

Ryan Gauld headed home the lone Whitecaps goal of the match in the 20th minute.

The Whitecaps finish the MLS regular season in sixth place in the Western Conference, and will play Sporting Kansas City in the first round of the playoffs.