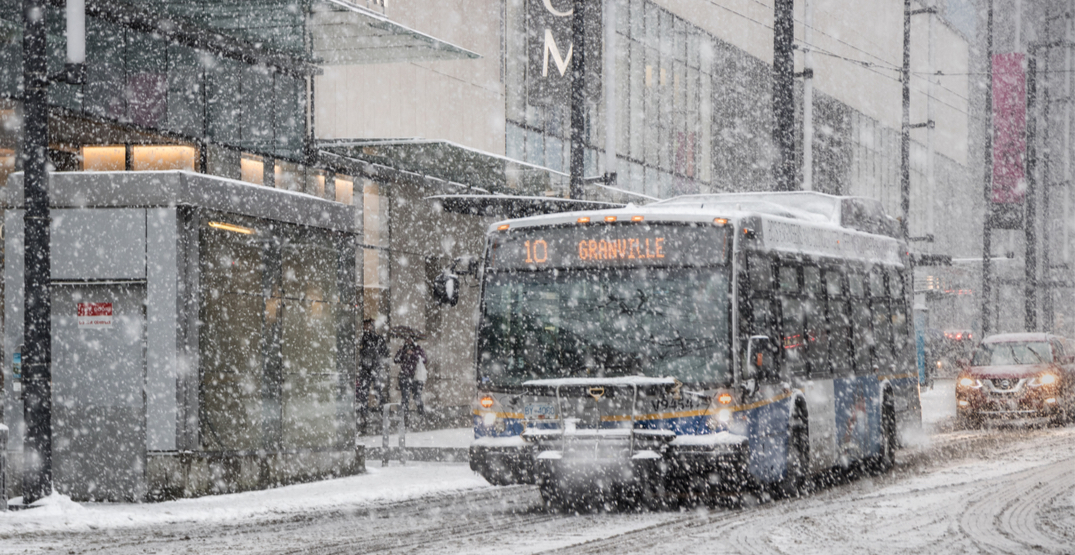 With the temperature about to drop to zero in the evening on Sunday, December 5, Vancouver is set to receive snow.

A special weather statement for Metro Vancouver confirms that snow is on its way. Yesterday, the agency predicted to see snow Sunday night into Monday morning. Now, the forecast is a bit clearer with zero-degree weather bringing a bit of wet snow to Vancouver.

The special weather statement is in effect for the following regions:

According to Environment Canada, an approaching weather system will hit the south coast in the evening, bringing two to 10 cm of snow.

It’s going to start over Vancouver Island in the evening, spreading overnight to the mainland.

“With snow levels reaching near sea level, snowfall accumulations of two to five cm are expected for most regions with higher amounts up to 10 cm over Howe Sound and higher elevations,” says Environment Canada. 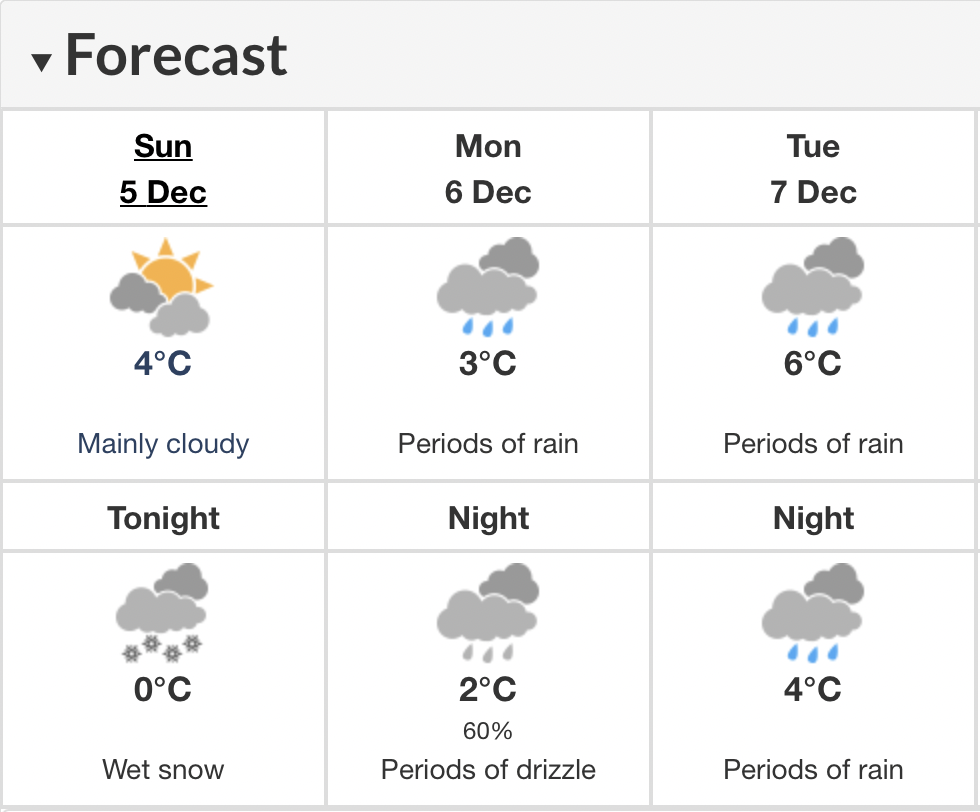 By midday on Monday, the wet snow is likely to start mixing with rain and the forecast is looking cold and wet.

On Saturday, December 4, parts of the Lower Mainland got a dusting of snow, but Vancouver proper didn’t see any flakes.

Now, Vancouver could get just enough snow to have a snowball fight and cause headaches on the Monday commute.

Follow up with Environment Canada for the latest alerts and be sure to plan ahead for a potentially messy commute on Monday as the agency asks drivers to prepare for changing weather conditions.

You can also report weather by tweeting it out with the hashtag #BCStorm to share your snaps of the snow in your area.