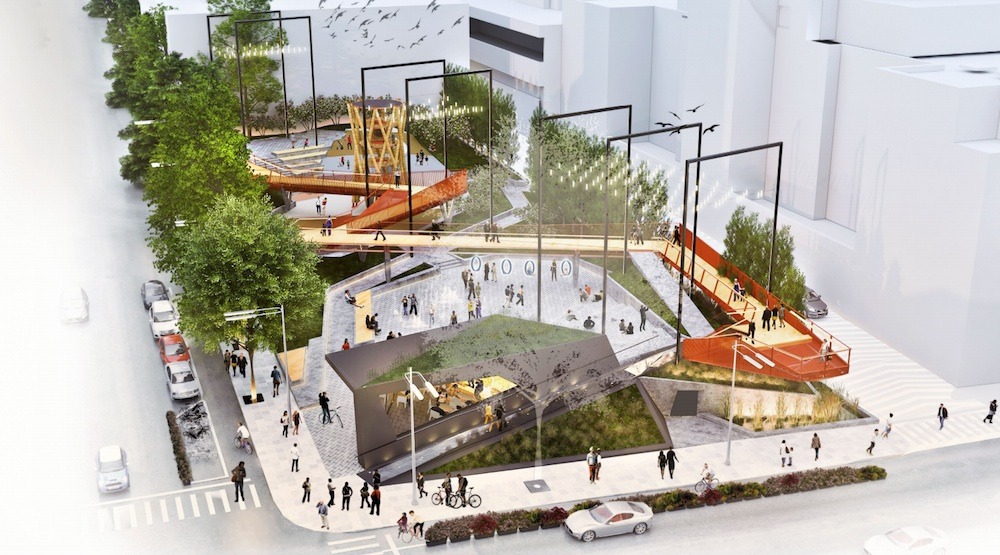 Artistic rendering of the planned park at the corner of Smithe Street and Richards Street in downtown Vancouver. (DIALOG / Vancouver Park Board)

If all goes as planned, construction on a new major urban public park in downtown Vancouver could begin early next year.

Next week, both municipal bodies are slated to vote on the construction contract award for the new park at the northeast corner of the intersection of Richards Street and Smithe Street, with the park board voting on December 9 and city council voting on December 10.

The 0.8-acre public park will replace a vacant lot, currently leased to EasyPark as a parking lot and used as a major carshare hub. 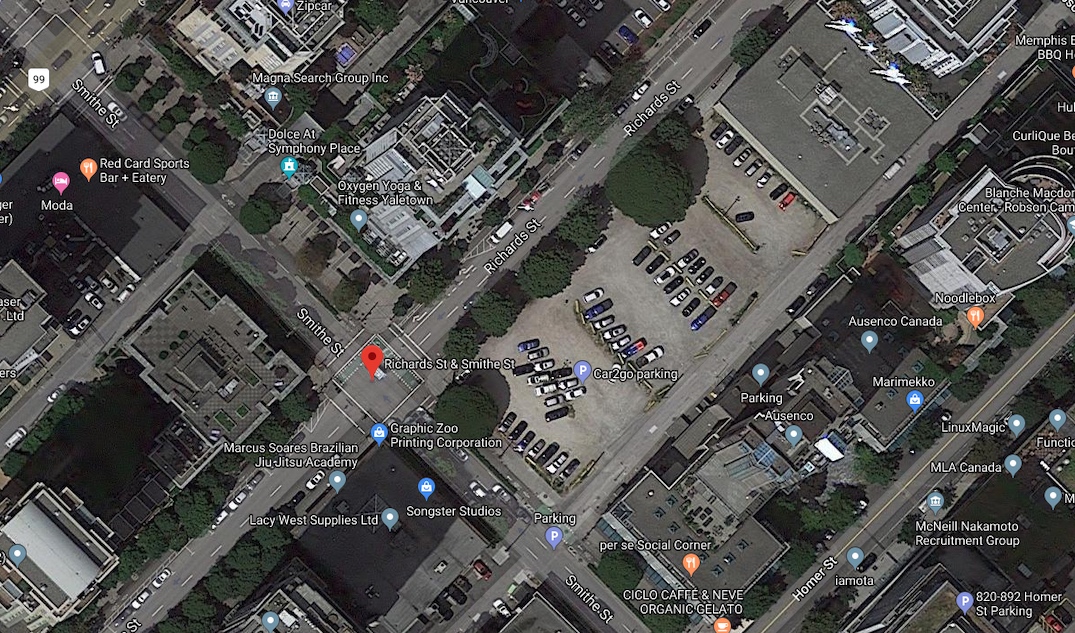 Following a bidding process, city and park board staff have selected construction company Smith Bros. and Wilson Ltd. to build the new park. Not including designing and planning costs, the estimated contract value over two years is $14.5 million (including GST), funded by the park board’s existing capital budget.

In an email to Daily Hive, the park board confirmed that construction is slated to begin in January 2020, with construction expected to take about 12 months. The development and building permits have already been obtained.

However, the project has faced about three years of delays; construction was set to begin in 2016, but a review of the construction drawings and specifications was necessary to bring the construction costs in line with the available project budget, which was exceeded by all bids received.

According to a staff report, the value-engineering process — without changing the overall design, functionality, and durability of the park — resulted in construction cost savings of about $2.1 million.

The relatively high cost for the park is due to its unique, intensive, amenity-packed design — far from just another ordinary, cookie-cutter green lawn park, promising to be far different from any other park in Metro Vancouver. 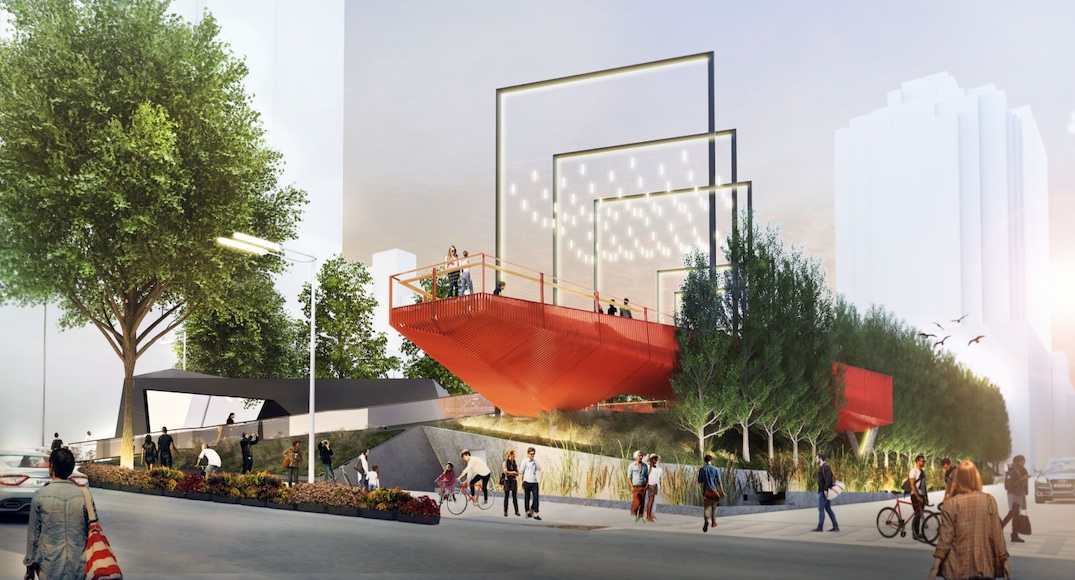 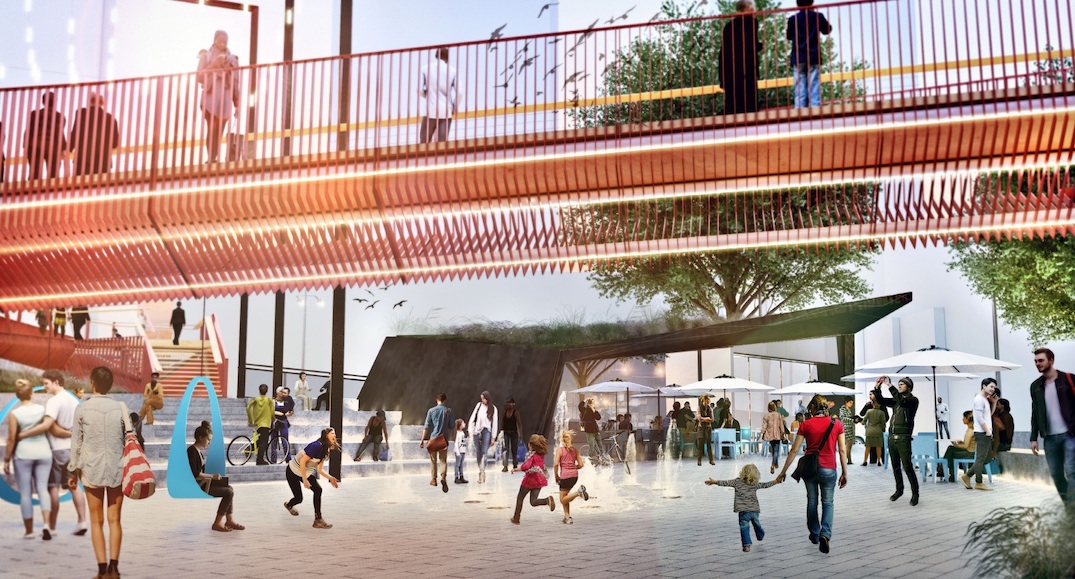 Local architectural firm DIALOG was selected to design the park in 2015, and the resulting urban contemporary park design was approved by the park board in Spring 2016.

The most striking visual and physical feature is the park’s elevated pedestrian walkway, meandering across the whole park site with multiple access points. Hammocks and interactive installations will be installed or suspended on the underside of this structure, and a cantilevered lookout over Smithe Street will hover high above the sidewalk.

“The primary function is as a pedestrian route or journey that bridges over the park spaces and civic plaza, offering a dynamic and varied experience and vantage points to the park activities or events occurring below,” reads the architect’s design rationale.

“This walkway is also designed to provide a number of fun and unique moments to pause and hang out upon the bridge structure, sometimes close to the tree canopies or looking directly over to the climbing structure in the adjacent play area or at the southern terminus of the bridge.” 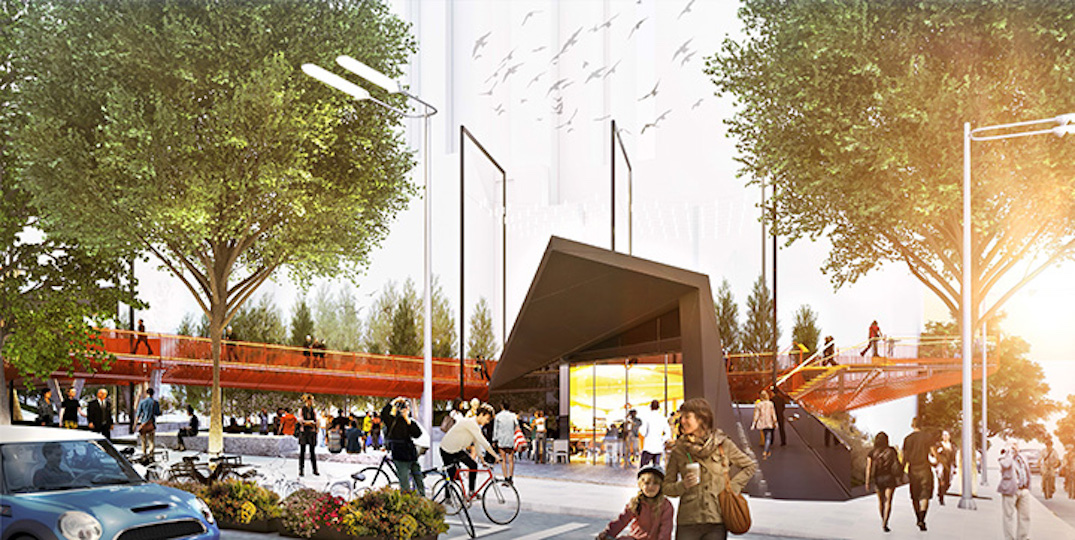 So-called skyframes — overhead metal frames that align with the park’s spine — will support nighttime lighting and installations for public art and banners.

On the Smithe Street end of the park, the design calls for a café pavilion with universal public washrooms within an angular wedge-shaped building.

The café will help animate the space and create “eyes” for the park, effectively providing a level of public safety based on Crime Prevention Through Environmental Design principles.

A community plaza, suitable as a venue for small events and festivities, with a decorative water feature will front the café. 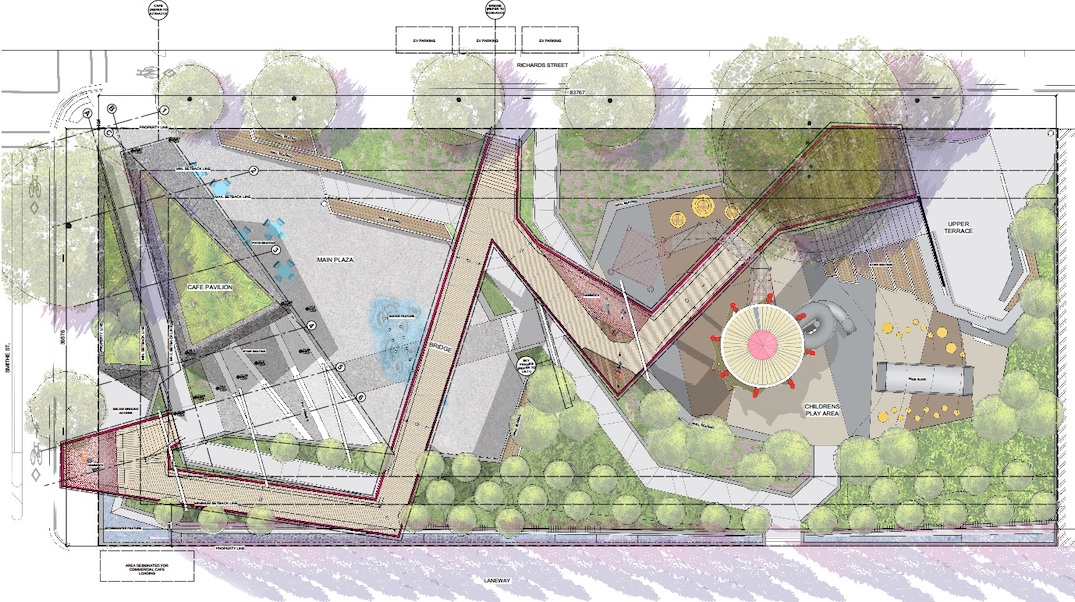 2017 site plan of the new Smithe and Richards Park in downtown Vancouver. (DIALOG / Vancouver Park Board)

New trees, shrubs, and perennials will be planted, particularly along the park’s edge with the laneway, effectively providing the park with a green backdrop that blocks ground-level laneway and building views.

Various types of seating, both movable and fixed, will be scattered across the park, and a children’s playground will be built near the north end.

According to BC Assessment, the property has an assessed value of $80.8 million — up from its 2017 assessment of $58.3 million.