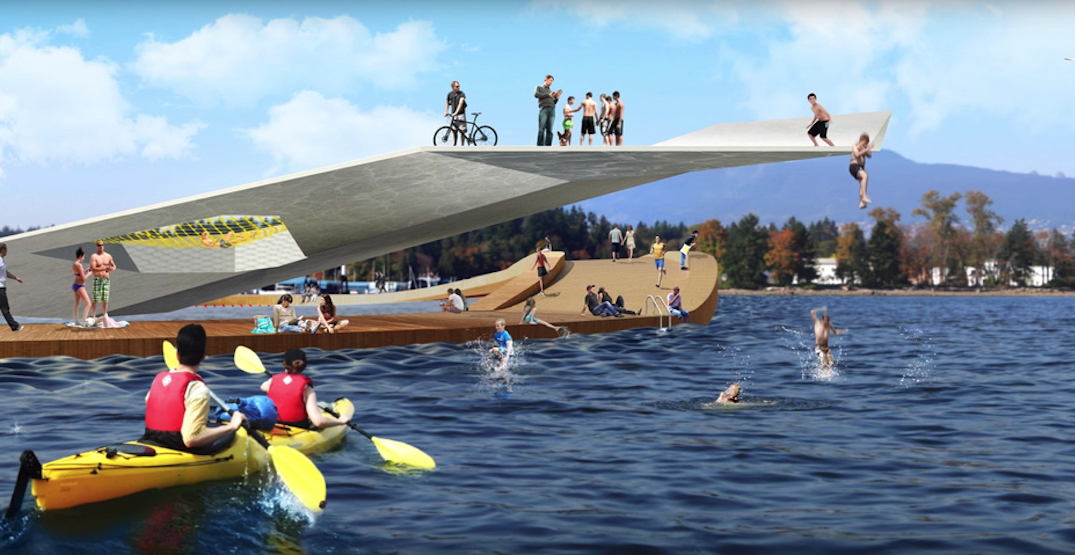 A three-year-long planning and public consultation process on the future of the City of Vancouver’s aquatic facilities and beaches came to a close recently when Vancouver park board commissioners approved the final VanSplash: Vancouver Aquatics Strategy.

The 25-year-long vision outlines key strategies with the city’s swimming pools and beaches, with a total capital cost that could reach up to about $350 million. Further approvals over multiple capital plans are required to fulfill all of the new and improved aquatic recreational facilities in Vancouver.

But this latest approval of the vision allows the park board to set in motion the planning and funding required for priority projects over the near-term.

Planning will soon begin on new replacement pools for Britannia Community Centre and Kerrisdale Community Centre, with each project expected to cost about $45 million. The new Britannia pool could be built by 2026 in conjunction with the redevelopment of the community centre and school grounds.

There are plans to replace the 1974-built Vancouver Aquatic Centre at Sunset Beach in downtown Vancouver’s West End with a new major destination facility, featuring both large indoor pools and an outdoor pool that takes advantage of the south-facing waterfront location, such as a retractable roof.

This $94-million replacement of the downtown pool is the park board’s single most expensive project. The planning and design of this facility will be integrated with the West End Waterfront Masterplan currently underway. 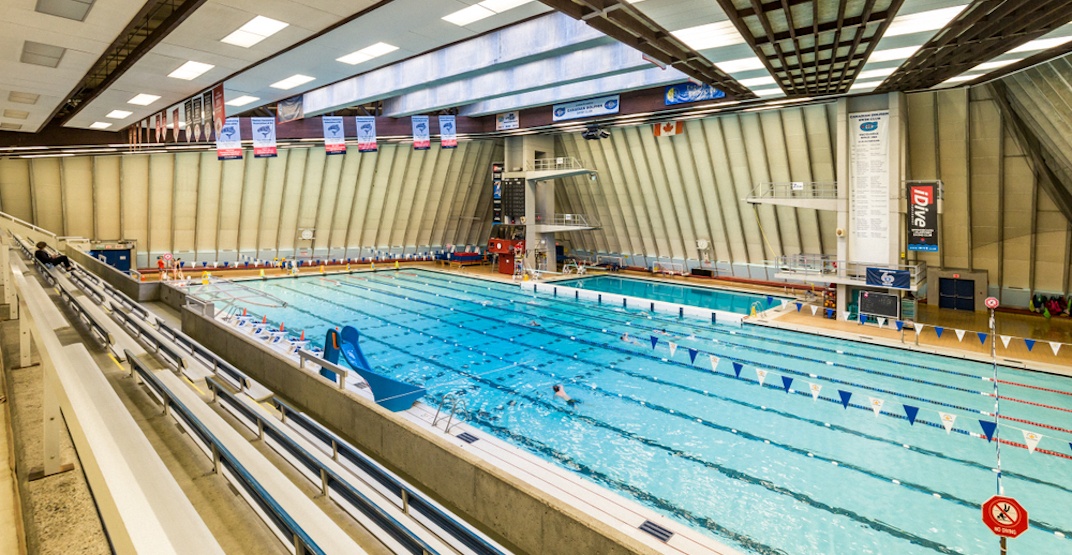 A second new destination facility is also planned for Connaught Park in Kitsilano, which is expected to cost about $92 million. This could potentially be integrated into a renewal and expansion of Kitsilano Community Centre and a new ice rink.

The destination facilities could be designed to a standard that allows for elite training and the hosting of provincial and national competitions. Such high-calibre facilities currently do not exist within the city.

Plans for both new destination facilities previously affected the future of two existing pools; early proposals by the park board to shut down the neighbourhood-sized pools at Lord Byng and Templeton over the near-to-medium term have now been cancelled. The park board previously stated the new pools at Connaught Park and Britannia would serve as the replacement facilities for Lord Byng and Templeton, but this direction attracted significant backlash from local residents and pool users.

Instead, a decision has been made to keep both the Lord Byng and Templeton pools open for a minimum of 10 years after the opening of the new Connaught Park and Britannia pools. This effectively provides each existing pool with 20 to 30 years of additional lifespan, with studies and public consultation conducted to determine the impact of the new larger pools on the old smaller pools.

“Multiple large pools evenly distributed across the city and can be expected to address overcrowding,” reads the plan. “New or renovated pools are the best utilized and most financially efficient (Renfrew, Killarney, Hillcrest). Indoor pools nearing the end of their lifespan are the least used, least efficient and require the most investment to operate.”

Currently, Hillcrest Aquatic Centre, constructed in 2010, is the city’s newest destination indoor pool facility, but park board staff have noted that the perception of overcrowding has been a deterrent for some users. 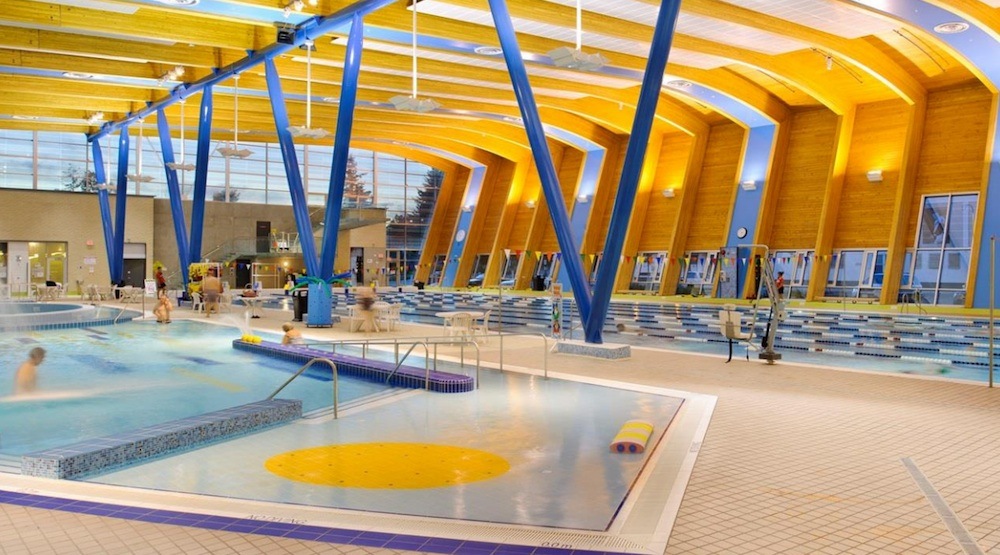 The swimming facilities at Hillcrest Community Centre are considered a ‘destination’ facility. (City of Vancouver)

A feasibility study will be conducted to renovate and expand the outdoor pool at Hillcrest Aquatic Centre to include lane swimming with 25-metre or 50-metre length lanes. This $7-million project would be in addition to the existing outdoor leisure pool.

Over at Oak Park in South Vancouver, a reconfiguration of the green space next to Marpole Community Centre will allow for a new full-size outdoor pool at a cost of $9 million.

As well, a second new additional outdoor pool for South Vancouver is envisioned to be uniquely non-chlorinated — a naturally-filtered pool along the Fraser River that uses thousands of plants to maintain safe water quality. Such a pool could be a feature of a new riverfront destination park. 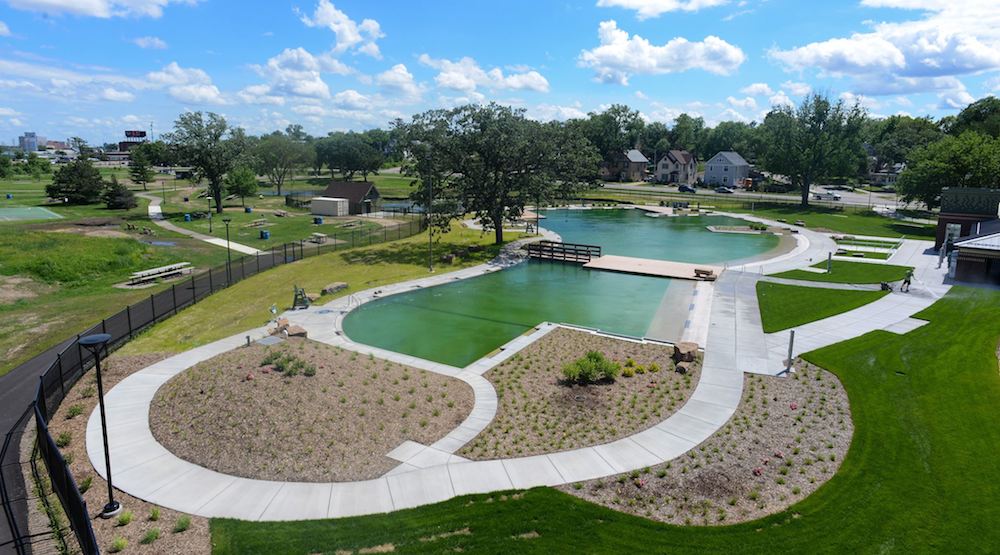 As another major unique outdoor facility, the park board will assess the feasibility of a floating pool in False Creek to provide a chlorinated and filtered pool in an ocean setting.

Over the long term, more spray parks will introduced across the city at both public parks and existing and future pool facilities.

Outdated wading pools at many parks — large concrete pits — will be gradually phased out.

Providing the public with a program of ocean swimming lessons will be considered.

New freshwater swimming opportunities will also be explored for Trout Lake by looking at ways to improve water quality, beach quality, and facilities and concessions.

One other major investment is the potential construction of a $12-million harbour deck that allows for improved access to ocean water for swimming and other leisure and recreational activities that take place on the water or at water’s edge. 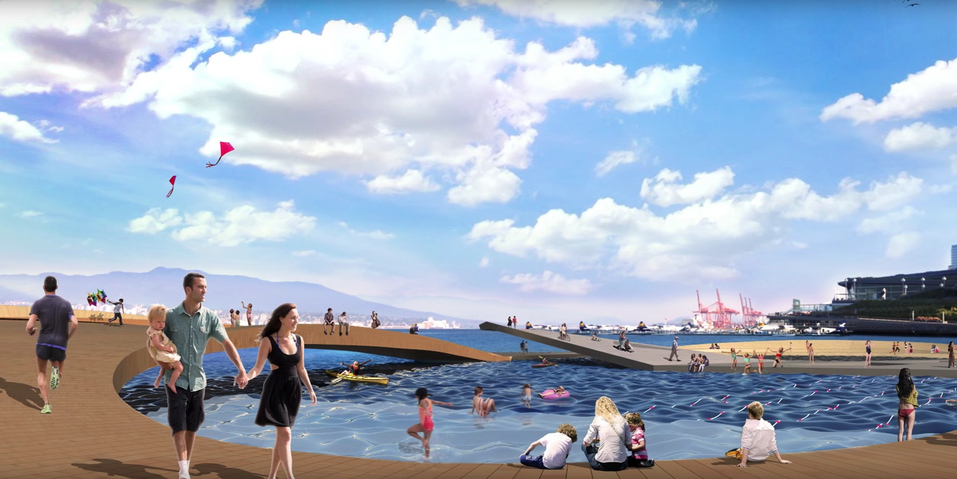 “Harbour decks are floating structures that provide defined areas for swimming within flow-through tanks of various depths and sizes,” reads the plan.

“These facilities serve as a supplement to the beaches around the city, providing opportunities for swimming, diving, sunbathing and socializing.”

No specific location for the harbour deck has been identified, but a 2016 concept by HCMA Architecture + Design proposed using the site of the existing public boat dock at Harbour Green Park in Coal Harbour. 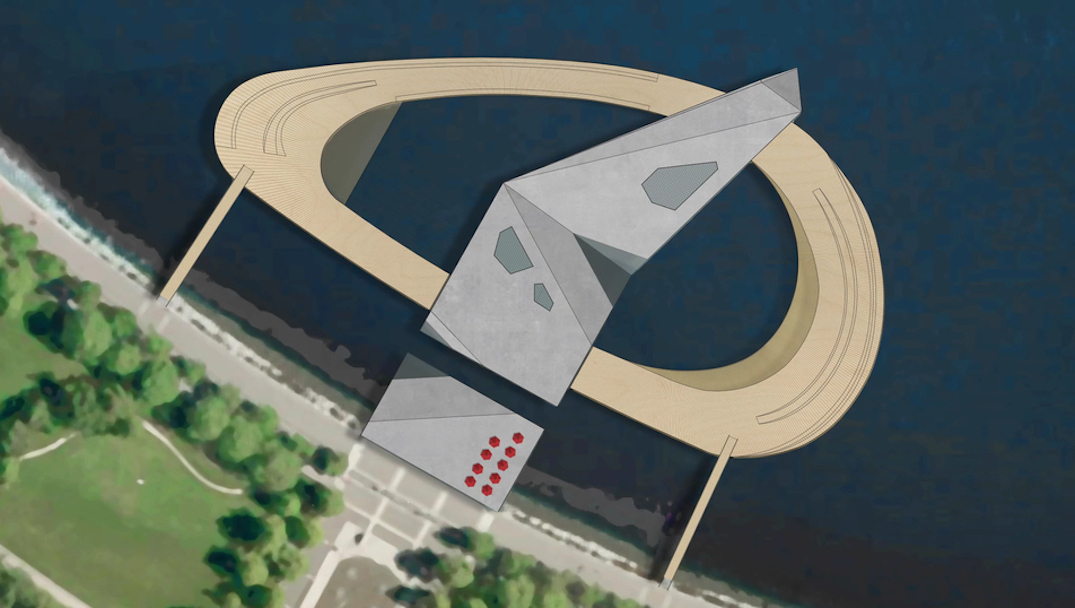