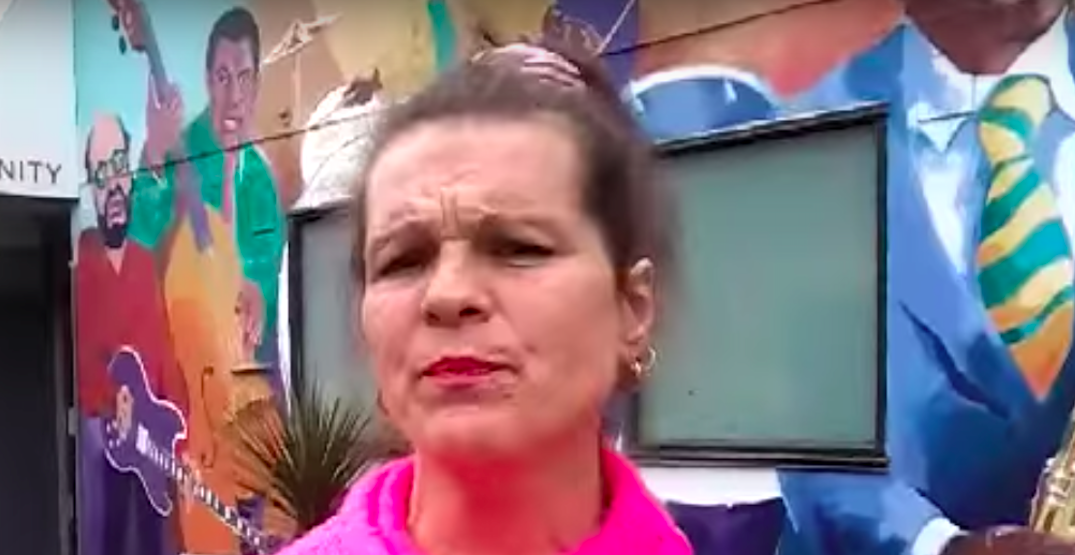 She’s a well-known face on Vancouver’s streets and now, Angela Dawson, aka “Roller Girl,” has confirmed she is still in the running for mayor.

Dawson is known for her bright pink outfits and headphones, which she wears while cruising around Vancouver’s downtown on rollerblades.

Back in February and April, she posted videos on her YouTube channel hinting that she was considering running for the city’s top seat in this fall’s upcoming municipal election.

In an email to Daily Hive, Dawson confirmed that she still wants to run but “she must have enough signatures to do it.”

While it’s not clear what Dawson’s platform is, we have a feeling it will definitely include something about rollerblading and wearing bright pink. Stay tuned for more updates on her YouTube channel.