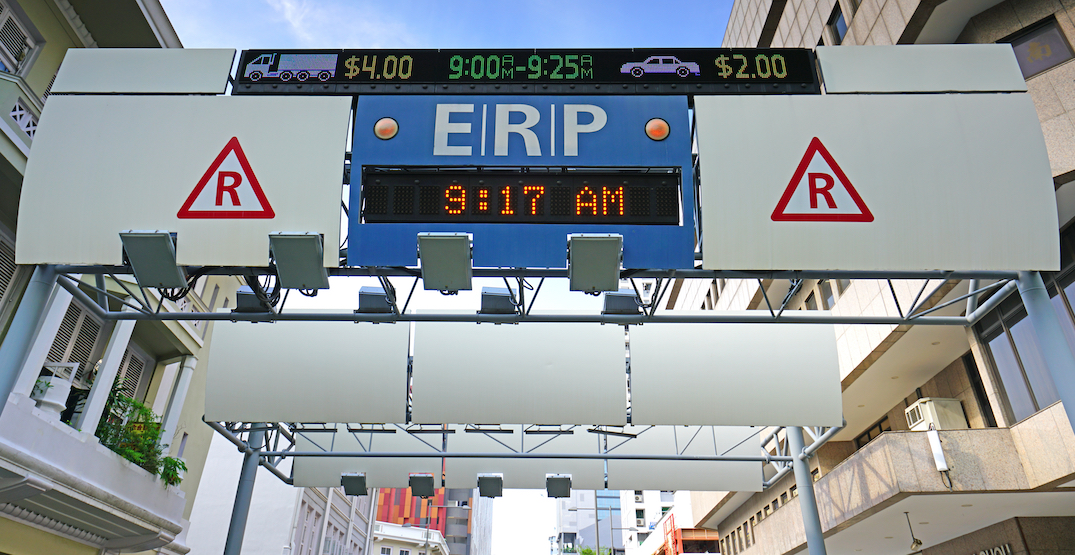 After hearing from public speakers, Vancouver City Council approved city staff’s Climate Emergency Action Plan that outlined a number of measures, including the implementation of mobility pricing, such as road tolls, within the Metro Core.

The matter of road tolls dominated city council’s debate over the course of the evening, and culminated with a 6-4 vote in favour of the specific policy on mobility pricing. City council voted on over 30 items recommended by the CEAP report individually.

Green Party councillor Michael Wiebe did not vote due a conflict of interest, as a business he owns is located within the Metro Core and he sits on Easy Park’s board of directors.

With the approval, city staff are directed to perform further study on mobility pricing within the Metro Core, defined as the area that includes all of the downtown Vancouver peninsula and the Central Broadway corridor — framed by 16th Avenue to the south, Burrard Street to the west, and Clark Drive to the east. Vehicles entering this area from the North Shore through the Lions Gate Bridge would be affected as well.

City staff will also report back to city council before the end of 2022 with further recommendations on the options and next steps to implement mobility pricing. There will be consultation with residents, businesses, students, and post-secondary institutions.

Prior to the decision, as outlined in the CEAP report, city staff indicated their desire to implement mobility pricing by 2025 or earlier.

The CEAP report also specifically brought up the toll-based congestion pricing systems in London, Singapore, and Stockholm as possible examples to follow.

It was noted by Stewart last week that road tolls are outside the legal jurisdiction of the municipal government, and during this evening’s discussions it was mentioned that such a move would require the provincial government to amend the Vancouver Charter.

However, city manager Sadhu Johnston highlighted there are potential ways the municipal government could circumvent the approval required by the provincial level, but it would require further analysis on developing the alternative scheme.

“There are certain ways we can do it. There are tools that we need from the province to do it in a different way, depending on how the council of the day wanted to pursue mobility pricing,” said Johnston, specifically bringing up app-based technologies or additional curbside interventions when a vehicle pulls up to the curb — on top of existing paid parking.

“You could use parking and the ability to use the curbside, which is the power we currently have. There are ways to do this now. Is this the best way to do it? Is that the way council wants to do it? These are the types of things we’d need to evaluate. There are ways that this type of arrangement can be done with the powers we have now. That might not be the ideal way to do it, but that’s the kind of analysis we’d need to pursue.”

Several amendments on the mobility pricing approach were debated, including a rejected amendment seeking a regional approach by working with TransLink and building on the findings of its 2018 Mobility Pricing Independent Commission. This failed amendment also sought to redirect net revenue to improve the regional public transit system.

Business advocacy groups such as the Greater Vancouver Board of Trade and various local business improvement association came forward strongly against the City of Vancouver’s scheme, but noted their support for TransLink’s regional plan two years earlier.

“I’m just looking at all the feedback we’ve received… we are better served in sending a stronger signal around really, truly being open and looking at the likely options for a regional approach,” said Kirby-Yung.

The city anticipates it could generate between $50 million and $80 million in annual net revenue after covering the one-time capital costs and annual operating costs of a mobility pricing system, but this net revenue would go towards the city’s own local transportation priorities instead of directly to TransLink for regional goals.

TransLink has also been clear it needs regional mobility pricing to help replace dwindling gas tax revenues due to accelerating electric-battery vehicle adoption, and to fund its regional transportation improvement and expansion plans such as multi-billion dollar SkyTrain projects.

“The Vancouver context is different. Our transportation infrastructure is different, and fundamentally in a lot of places, the money from this implementation goes back to public transit infrastructure. That is not what Vancouver is proposing,” Kirby-Yung continued.

“So improvements are potentially bike lanes, sidewalks, and shaving some time off buses with bike lanes, but we’re not adding transit capacity and we’re not investing into the transit system, and I think we’re going to bud heads with a truly regional approach when what we really need is additional viable options to get people who have no choice.”

But several councillors in support of mobility pricing stated their belief that the city needed to act quickly in response to climate change and be a regional “leader.”

“We need to be totally clear that this particular piece of the Climate Emergency Action Plan has been quite controversial for a lot of people… We know that if we’re going to take this approach, we have the skill to drive this in the City of Vancouver,” said Fry.

“We also have the imperative to drive this. We are the densest city in the region. The bedroom communities in Metro Vancouver are not going to drive this. Surrey, which is the second largest city in the province, won’t be driving this because they are about a third of the density that we are. We have a dense city, we have a lot of congestion issues, and we have a lot of growth issues, so we need to get ahead of this.”

Swanson, who put a spotlight on the youth support behind mobility pricing and other CEAP items, suggested there will be ample opportunities for the public to offer their input, including in the Fall 2022 municipal election.

“There’s lots of time for consultation, there’s lots of report backs in 2021. There will be more votes in 2022, and an election. So if people don’t like this plan, they have lots of chances to say so,” said Swanson.