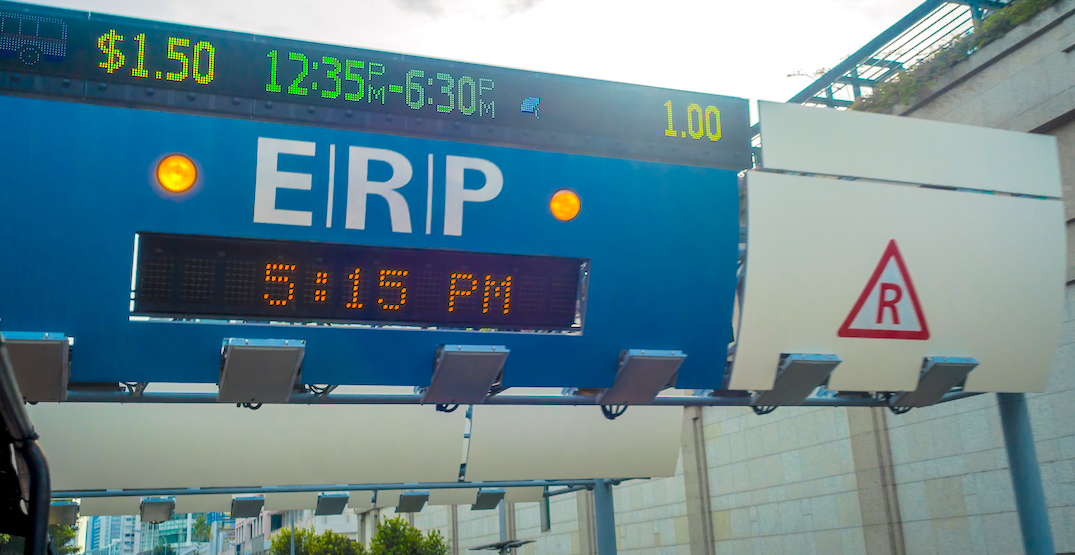 Next week, Vancouver City Council is scheduled to deliberate city staff’s recommendations to pursue road tolls for the area deemed as the Metro Core — the entirety of the downtown Vancouver peninsula, and the Central Broadway Corridor.

However, several leaders of Metro Vancouver’s suburban municipal governments have come forward with their concerns on the City of Vancouver’s proposed standalone approach for mobility pricing, given the ripple effect it will have across the region.

They are suggesting the city should examine the approach with a more regional lens — a consideration of the matter from a regional perspective.

“We have hundreds of thousands of people in this region who live in the suburbs where, because of the lack of available transit options, people are almost entirely reliant on their vehicle,” said West in an interview on Friday.

“I have a real challenge with the idea that those people should be targeted through a mobility fee, when the areas where transit systems are much more built up are also the most expensive places to live in the region. That is the thrust of many people’s concerns. You’re going to have huge regional inequity based on the current reality. We have SkyTrain in some cities, but we also have a lot of cities that don’t have it.”

Some mobility pricing advocates have pointed to the success of the congestion charge systems in global centres like Singapore and London, but West says these comparisons do not make any sense given the breadth of the alternatives offered by their public transit systems.

“It’s an asinine argument, and it’s not even worth mentioning because the options and alternatives to people in Singapore and London are so vastly different compared to what we have here,” he said.

The region, he says, would need to have a far more aggressive investment strategy to improve the public transit system — at a rate that is faster than the current approach of building a new SkyTrain extension about every decade, which is not keeping pace with the region’s rapidly growing population.

“People don’t have realistic alternatives. And saying your alternatives are a bus that comes once an hour and takes a long meandering route to where you need to go is not acceptable,” said West.

“People who think that’s realistic are detached from the reality of most people. People don’t have time to be wasting an hour or more to get somewhere, whereas if they could get in their car they could get there in 15 minutes.”

He asserts Vancouver’s mobility pricing proposal amounts to a disconnect with TransLink and the Mayors’ Council’s approach, which led to the 2018 report with key findings by the public transit authority’s Mobility Pricing Independent Commission. This was the “lay of the land” for how the region as a whole would pursue mobility pricing after further study.

“Vancouver’s approach caught many people by surprise. It was not apparent they were looking at it, and all of a sudden they came out with a well-defined proposal for mobility pricing and congestion charges,” said West.

There is also a question of motivations, says West, that will need to ironed out as part of the broader considerations.

West says besides the motivations to reduce congestion and carbon emissions, advocates argue mobility pricing is also needed to create a new revenue source, especially as a replacement for TransLink’s decreasing gas tax revenues from the adoption of electric-battery vehicles and to help fund public transit expansion.

This is also a cause for concern for Craig Cameron, a councillor for the District of West Vancouver and the jurisdiction’s representative on the Mayors’ Council.

“The City of Vancouver is planning to capture the revenue for themselves for other purposes, which concerns me,” said Cameron. “Mobility pricing only makes sense and is much more supportable for the public if revenues are directly going to public transit and other alternative modes of transportation.”

“I have concerns with the piecemeal approach to it, and the fact that they didn’t really raise it with TransLink to get some thoughts on how it could be integrated or transitioned into a regional system at some point.”

Cameron says he generally supports some form of mobility pricing given the ability to raise revenue for TransLink and help address congestion and emissions targets, but it needs to be planned within a regional framework.

The type of mobility pricing systems examined should achieve a balance with other important considerations to ensure they are fair to different groups and sectors of the economy.

“We need to think about regional and economic fairness in terms of people who have lower incomes, and make the system not punitive to them,” said Cameron.

“For example, a lot of the trades we have on the North Shore come from elsewhere, so we might need to address that with some sort of rebate or time that charges them lower.”

The next step, he says, is to incorporate the SkyTrain extension to the North Shore as a future phase of the Mayors’ Council plan, after the already identified second and third phases that outline the completion of the Surrey-Langley and UBC SkyTrain extensions.

On his part, West has also been advocating for a short SkyTrain extension to reach Port Coquitlam. The Millennium Line Evergreen Extension was completed with a spur section and track switch at Coquitlam Central Station to allow for a future potential eastward extension towards Port Coquitlam. Under his direction, the City of Port Coquitlam is conducting its own feasibility study on such an extension to support the case for including the project in a future Mayors’ Council plan.

West adds the final decision on the City of Vancouver’s Metro Core mobility pricing scheme will come down to the provincial government. For this reason, he believes municipal road tolls in Vancouver are unlikely to go ahead, even if they receive city council’s approval.

As one of their first policy decisions shortly after entering office in 2017, the BC NDP under Premier John Horgan removed the tolls on the Golden Ears and Port Mann bridges, and in the most recent election they campaigned to keep the tolls off the bridges.

“Add to the fact that the BC NDP’s new majority has been built in the suburbs. They’ve achieved a majority government because they broke through in eastern Metro Vancouver and further out in the Fraser Valley,” said West.

“It would be very hard pressed to give the green light because it’s the people in these areas who would pay the heaviest prices for these types of proposals.”