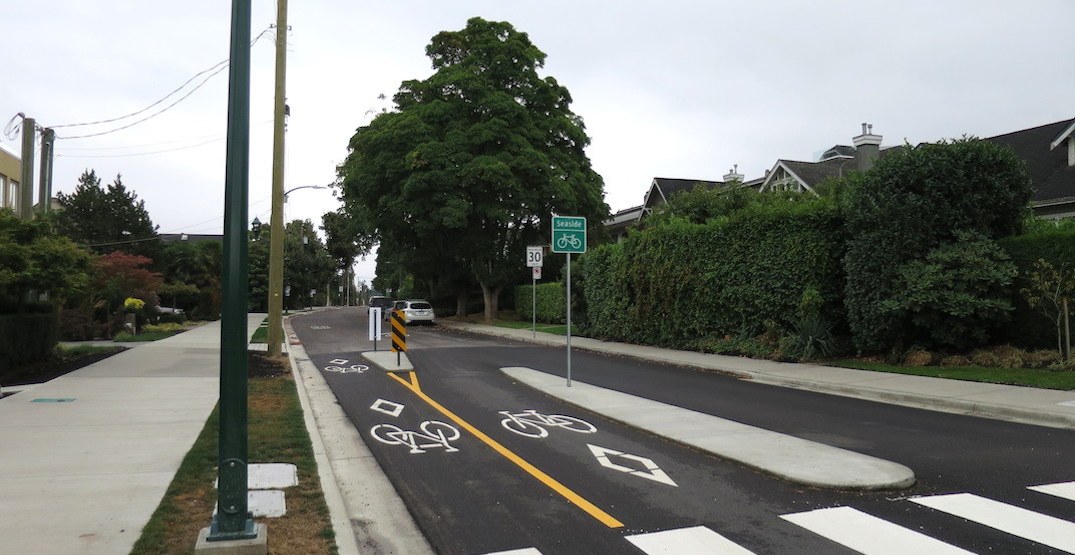 There could be a comprehensive redesigned network of streets across Vancouver that creates “people-friendly public spaces.”

In a meeting on Wednesday, Vancouver City Council approved a motion that directed city staff to create a proposal for reallocating at least 11% of existing road space — amounting to about 220 km of the approximate 2,000 km of roads within the city’s jurisdiction.

But the motion’s call for “longer-term or possibly permanent changes” to the road network would be made in conjunction with the planning and consultation process for the ongoing Vancouver Plan.

Councillor Melissa De Genova said she supported the intent of the reallocation, but believed it should be performed on a temporary basis and that the city should engage in public consultation before creating an aggressive approach to the changes.

In her comments over the motion, councillor Sarah Kirby-Yung said the reallocation will not necessarily be just for bike lanes, suggesting there could be wider pedestrian pathways, sitting spaces, parklets, and areas to gather.

“It’s not assuming one mode or another; it’s talking about a broader philosophical commitment to a larger percentage of our road space for multiple public uses,” said Kirby-Yung.

“My expectation when this comes back is this is really a balanced look at public space uses, not to misconvey that this is just for one use. I want this to be an inclusive conversation, not one that pits modes against each other and how people travel.”

The motion also directs staff to take quick COVID-19 interim steps to expedite efforts to identify and implement appropriate reallocations of road space, including high-use greenways and streets next to parks where space could be temporarily reallocated to provide safe shared use for pedestrians, cyclists, and vehicles and support safe physical distancing.

All of this is in addition to the 50 km of temporary “slow streets” that will be created by July that benefit pedestrians and cyclists. A number of cities around the world have also made ambitious road reallocation changes that either create “slow streets” or establish new bike lanes.

Additionally, the motion calls on city staff to “move urgently” on implementing bus priority measures — such as bus-only lanes and queue jumpers — to enable faster and more reliable bus travel.

“We know that TransLink is under funding pressures, and one way that we as the local government can make it seem like there are more buses is by increasing bus speed and reliability, by creating bus priority space, so that they aren’t stuck in traffic and they cover more ground. It will feel like buses are coming more often,” said councillor Christine Boyle.

“I’ve been hearing concerns about crowding and buses passing by because of capacity restrictions.”