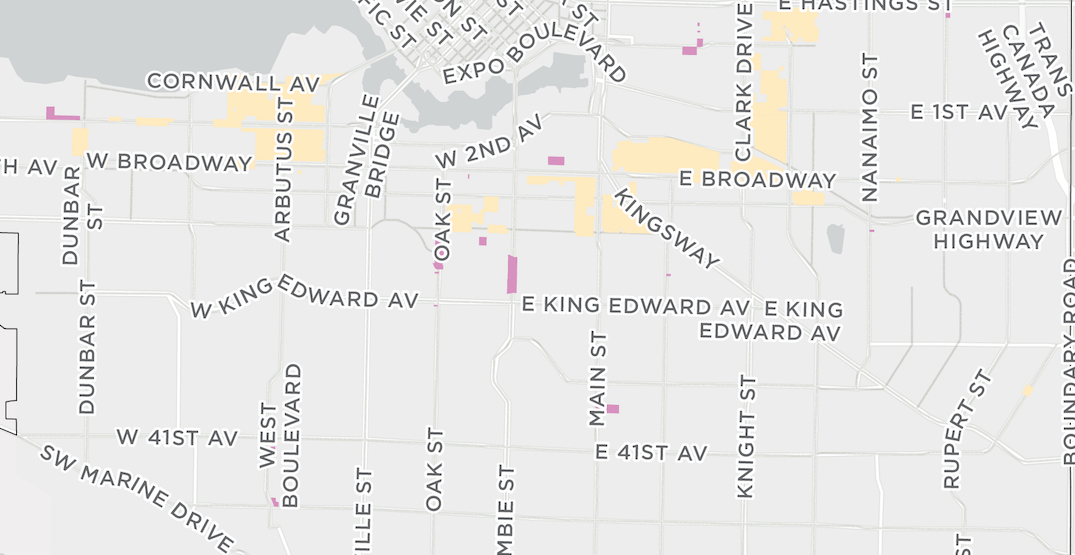 Map of RM-3A, RM-4, and RM-4N zoning districts, outlined in purple and yellow. (City of Vancouver)

As a measure to expedite the implementation of new non-profit housing for low- and moderate-income renters, the City of Vancouver is considering a new policy that abolishes the need for the added step of a rezoning application for such developments in select areas of the city.

Under such a policy, rezoning applications would not be required for non-profit housing in the low-rise apartment areas — zoning districts RM-3A, RM-4, and RM-4N.

It would allow new non-profit social and co-housing up to six storeys in large areas of Kitsilano, Fairview, and Mount Pleasant, as well as the western and northern areas of Grandview-Woodland, and Marpole south of 70th Avenue. Currently, these areas contain three-storey, multi-family buildings. 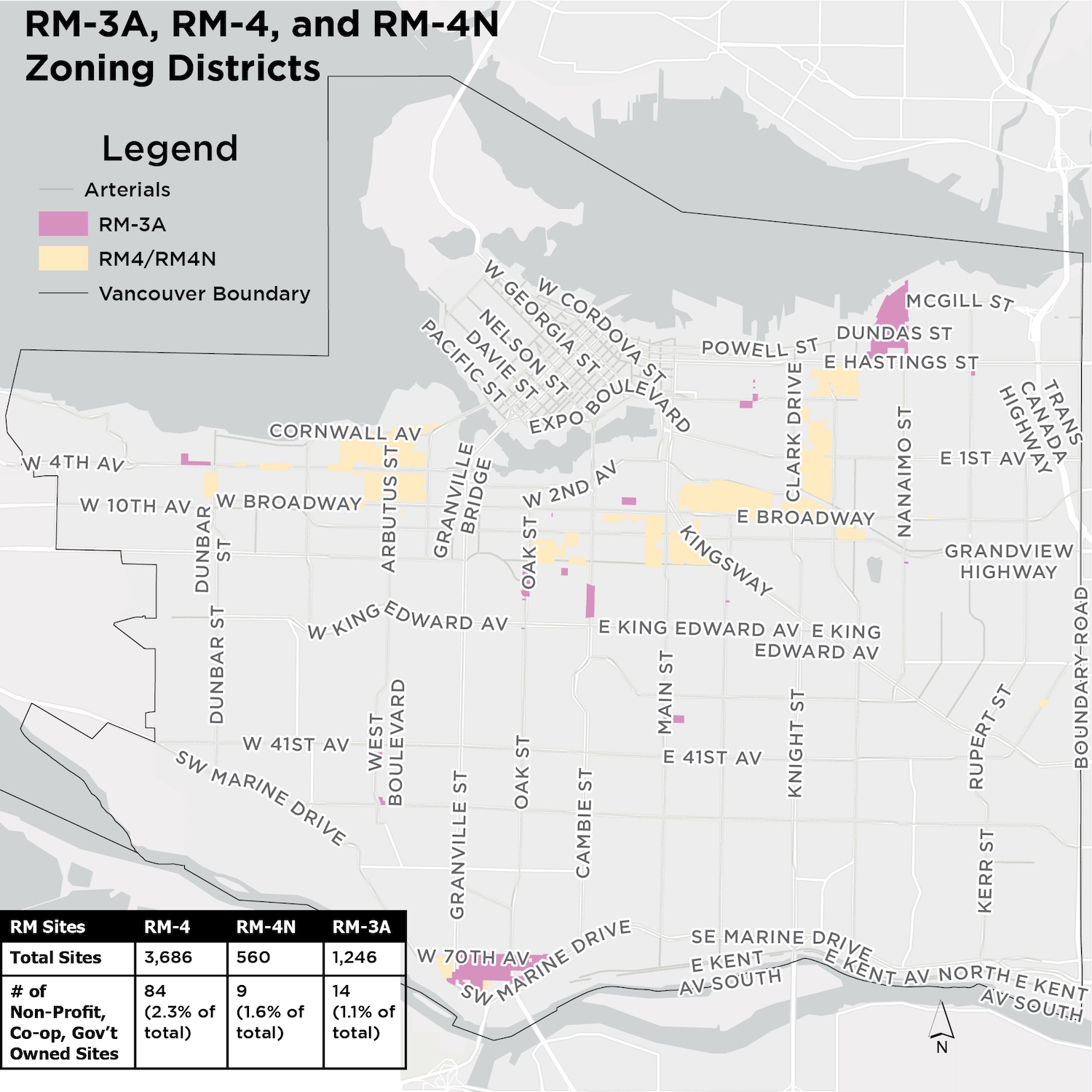 Map of RM-3A, RM-4, and RM-4N zoning districts, outlined in purple and yellow. (City of Vancouver)

Instead, applicants in these locations can skip the rezoning application and city council public hearing steps, and go straight to the development permit application. By removing the rezoning requirement, city staff estimate it will shave off up to two years from the municipal application process.

It is anticipated this will help address the shortage for below-market housing, allowing non-profit societies and co-ops to renew existing buildings and expand over time. The direction towards six-storey wood frame construction is the highest possible form without concrete construction, and it is financially feasible on existing non-profit owned sites with funding from senior governments.

City staff are anticipated to provide a final report on the proposal to city council for referral to public hearing early this year.

Over the past 10 years, RM-4 district areas saw very few new non-profit housing developments. There were 50 market strata projects in these areas, but only 12 rental housing projects and three social housing and supportive housing projects. 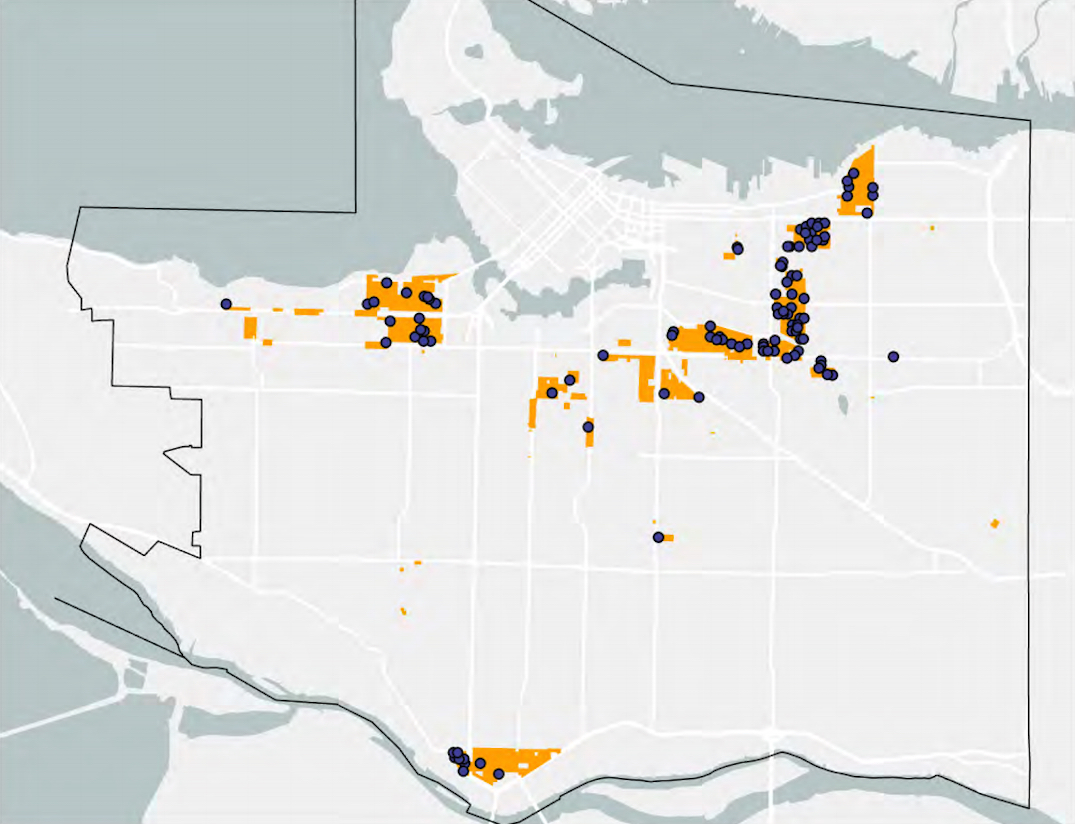 Map showing existing non-profit housing in RM-4 and 3-A district areas in Vancouver. (City of Vancouver)

The provincial and federal governments have indicated to the municipal government that additional height and density is needed for new non-profit housing to be financially feasible, and the long city process to rezone for higher density can add years to the process, leading to “serious delays” in funding new housing. 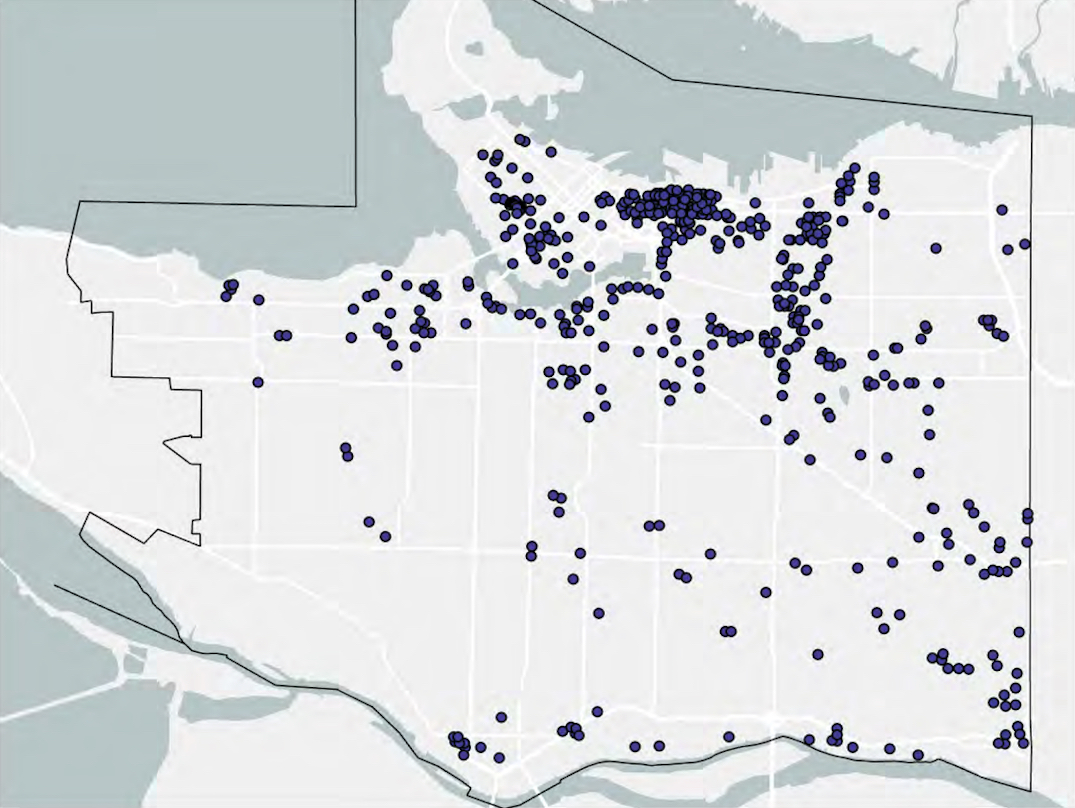 As of the end of the third quarter of 2020, the city was behind its social housing targets under the 10-year Housing Vancouver plan between 2018 and 2027. It approved 771 of the annual target of 1,200 social housing units (64% of annual goal) over the first three quarters of last year.