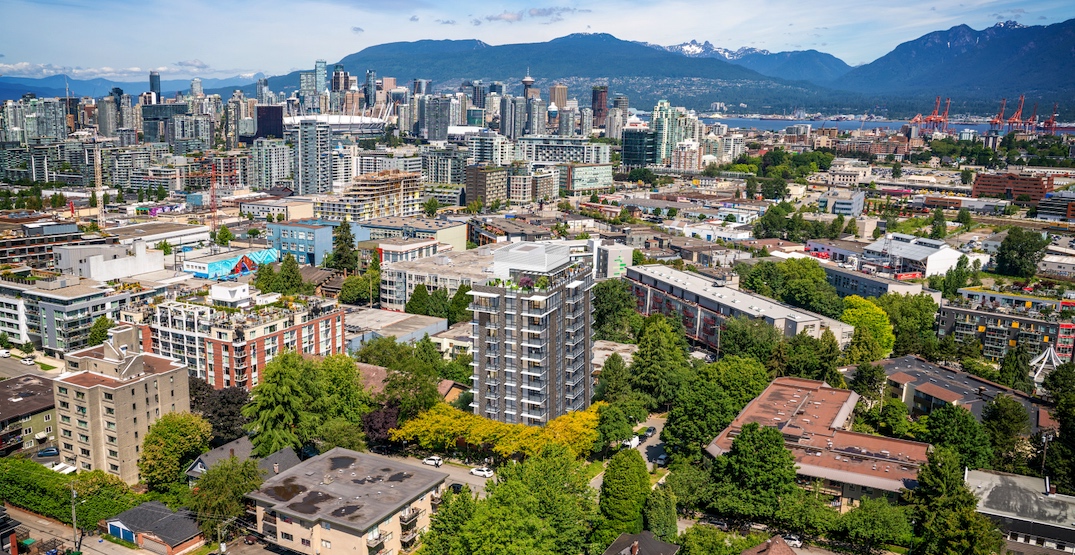 This property is currently occupied by an ageing three-storey, 36-unit market residential building.

In partnership with BC Housing and Brightside Community Homes Foundation (BCHF), the developer will acquire the rezoning site at 349 East 6th Avenue for the new building. It will replace the existing social housing property next door — BCHF’s 1968-built Lion’s Manor at 325 East 6th Avenue with 36 units for seniors.

This land swap amounts to the developer acquiring the existing social housing property, which will presumably be redeveloped for market residential uses in the future. 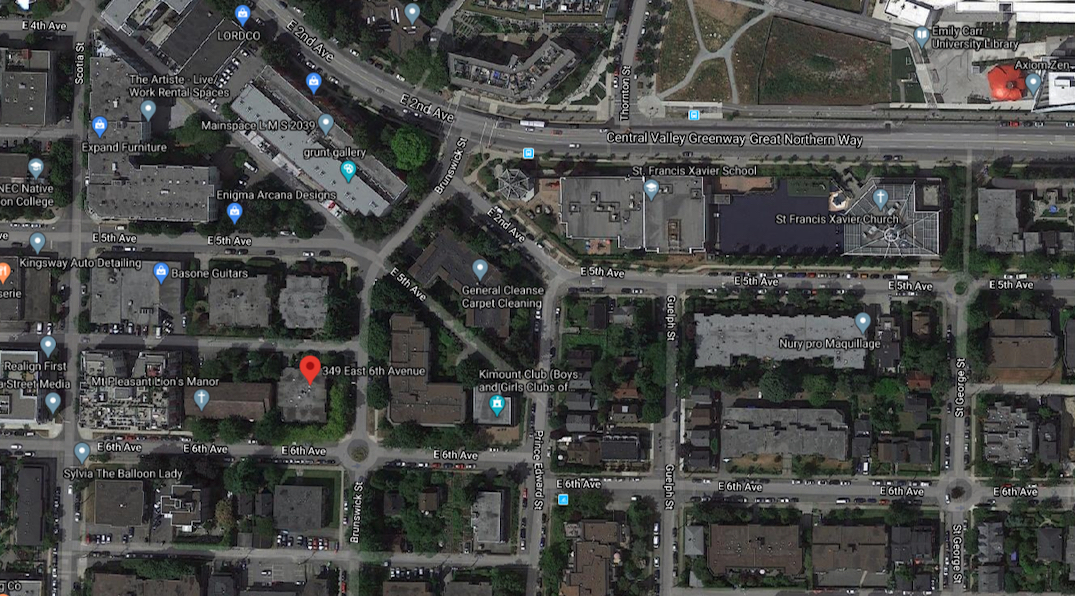 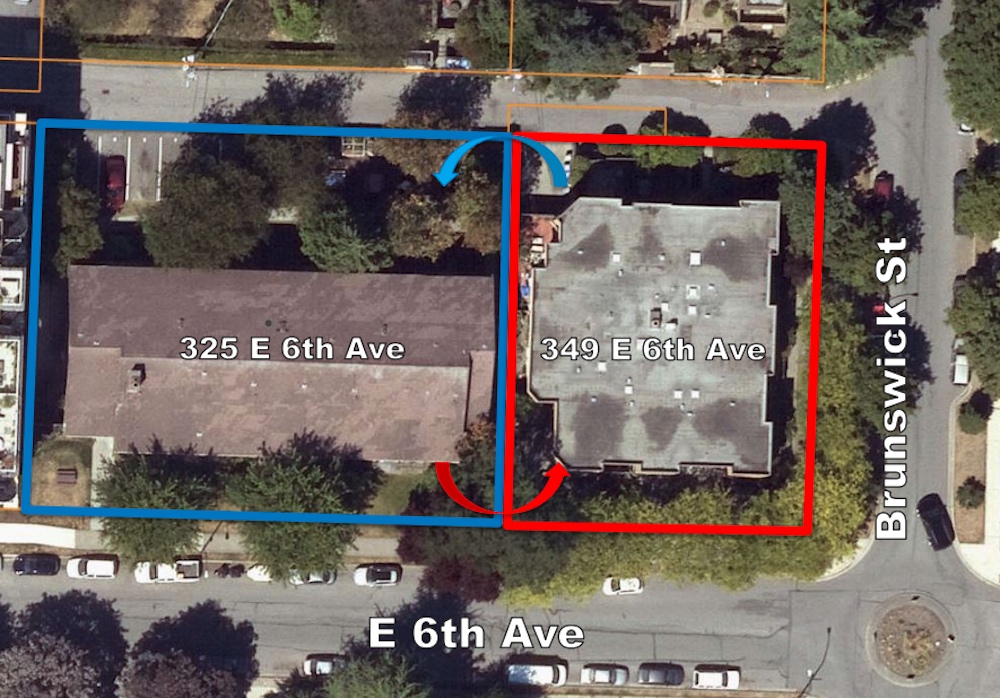 For the approved project at 349 East 6th Avenue, there will be 82 units for seniors, representing a net gain of 46 units over the existing Lions’ Manor. The unit mix is 35 studios, 25 one-bedroom units, 18 two-bedroom units, and four three-bedroom units.

BCHF will own and operate the building upon completion. The existing building and its senior residents will not be impacted until the new building is ready for their relocation.

At least 44% of the units will be rented to households earning under housing income limit levels for rents that are no more than 30% of the household income. 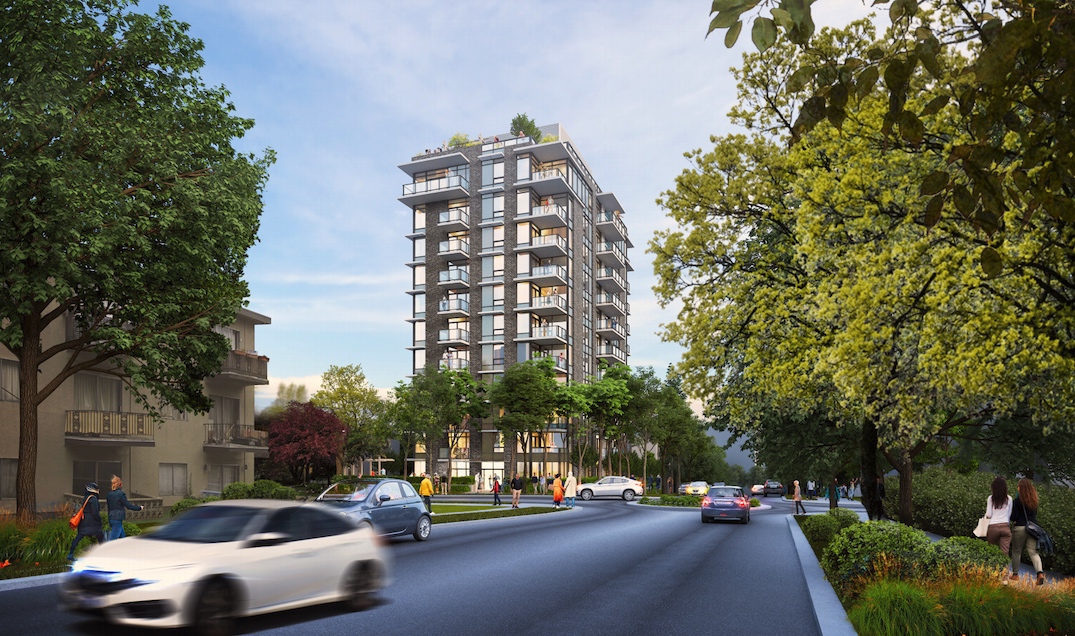 City council approved the project unanimously, with NPA councillor Colleen Hardwick abstaining from the vote. She took issue with height, neighbourhood character, and the processes that led to the project’s review and public consultation with the area’s residents.

“I’m disturbed by this project, mostly because of the fact that it has not respected the Mount Pleasant Community Plan. There’s a reason we have community plans and involve the community, and that’s precisely to give us guidance because change is the only constant,” said Hardwick.

“People didn’t plan to keep the neighbourhood the same, but they set out conditions that they felt were appropriate… I really would’ve liked to [have] seen some alternative approaches in terms of height. Height seems to be the biggest stumbling block, and there are other forms that could be taken. I’m just not convinced that enough work has been done.” 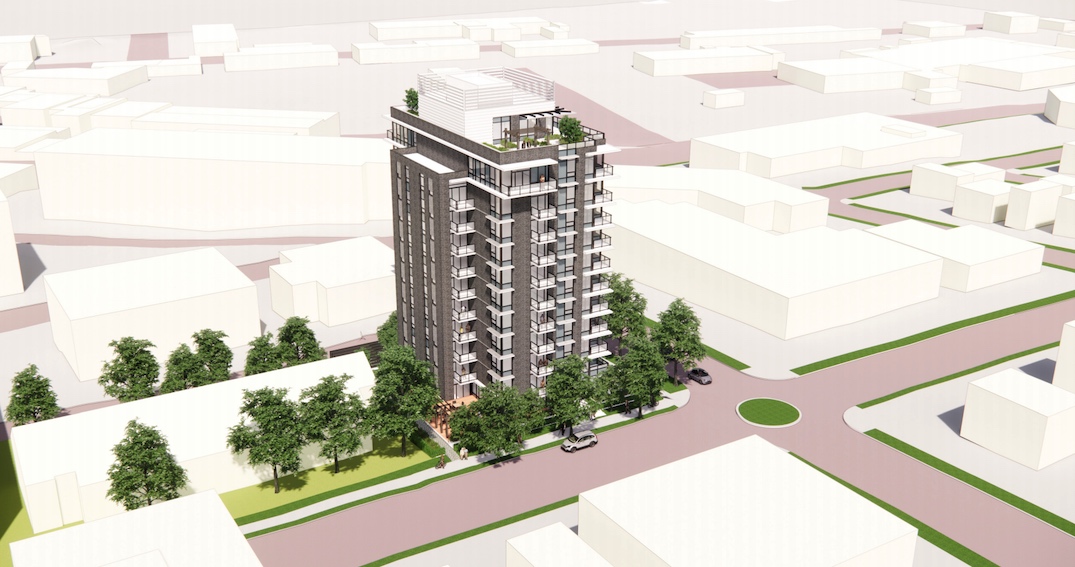 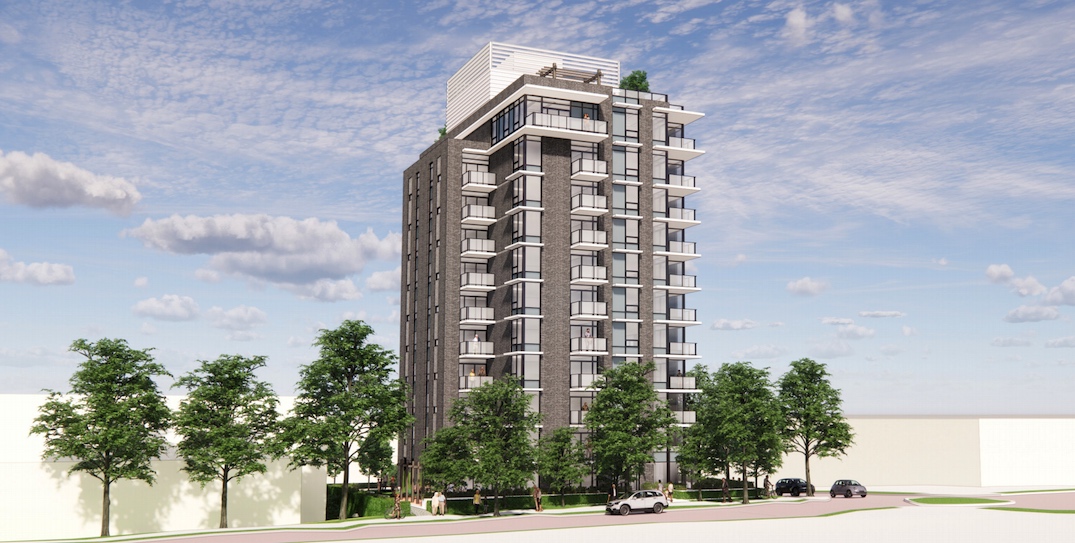 But NPA councillor Lisa Dominato countered that the density and height are needed to support the financial viability of the project.

“Funding non-market housing is incredibly challenging… these projects can be on the books for years. I really applaud the creativity here with the land swap, the public-private sector partnership,” said Dominato.

“We need to find a way to make our neighbourhood and community plans more nimble, [and] more organic so that we can adapt as circumstances change over time.”

One City councillor Christine Boyle added: “This is more of the kind of housing we need, in particular, it’s non-market accessible for seniors and people with disabilities, and close to transit and amenities. I think it’s important that more of this type of housing is off-arterial… homes that are off the air pollution of major arterials. If this building were shorter, it’d provide fewer homes to people who need them. I’m comfortable with the tradeoff.”

COPE councillor Jean Swanson said she was “comfortable with the tradeoff” of having a taller building if it meant providing more affordable homes. 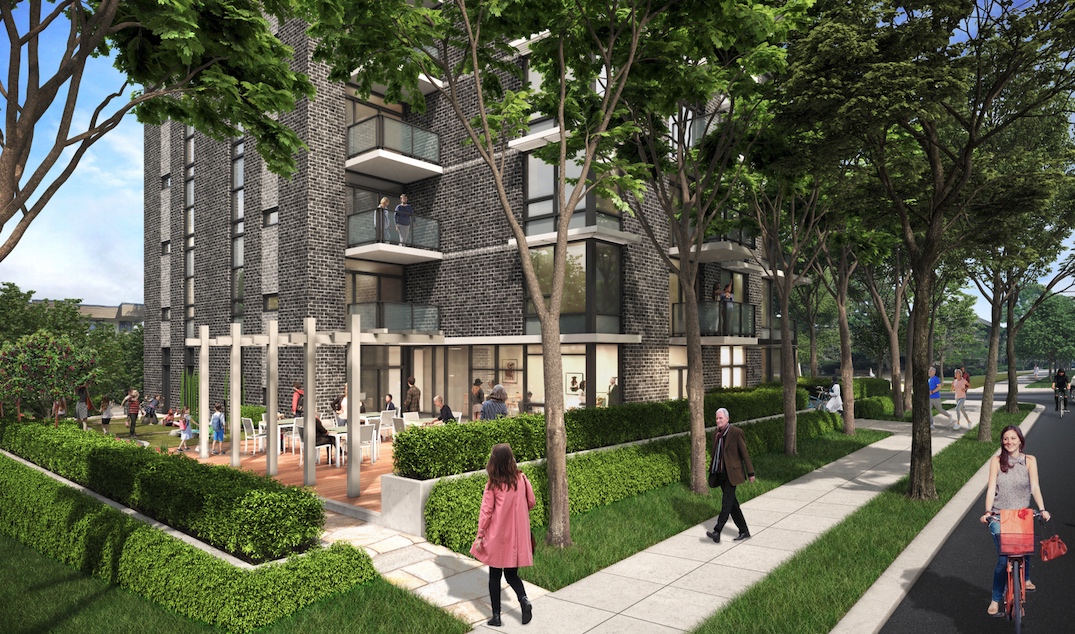 When it comes to the architectural design by IBI Group, Green Party councillor Pete Fry said the building takes on some of the principles that have made the West End a unique and successful neighbourhood, such as narrow building forms surrounded by trees and gardens. He added that the standard tower plopped on top of a podium design is now “played out” in Vancouver.

Indoor and outdoor amenity spaces on both the ground level and tower rooftop are intended to create improved health and comfort and encourage social interaction between the elderly residents.

All units also have their own balconies that provide private open spaces to residents.