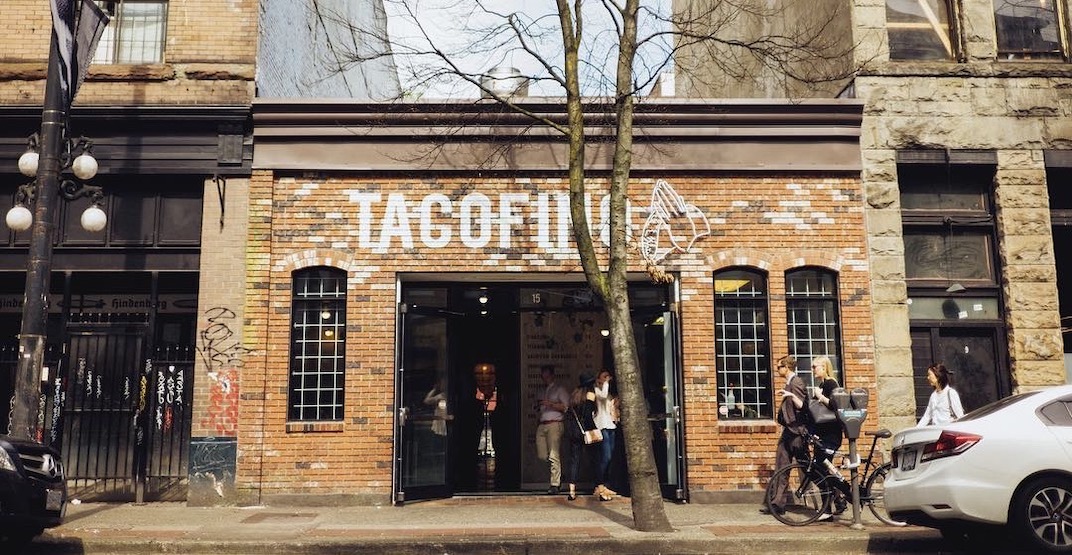 The hospitality industry has a history of being a fickle one, but during this unprecedented time in the food and beverage business, we can’t help but wonder how Vancouver’s local restaurant owners are coping.

We chatted with a handful of local owners and chefs to see how they are adjusting to this new normal and what it was like getting through this difficult week.

Ryan Spong, co-owner of the much-loved family of restaurants and food trucks Tacofino, told Daily Hive that not unlike the rest of the world, he was in a state of “horrified shock” watching the coronavirus pandemic unfold.

Spong and the rest of the leadership team at Tacofino made the decision to close down all the restaurants and food trucks temporarily on March 17.

He said that while takeout and delivery were considered, for now, they ultimately opted to cease all operations until things had calmed down.

“As the day progressed, we realized that Canada — and specifically Vancouver — was in the eye of the crisis,” said Spong. “If the curve flattens and there is a need in the community, we’ll probably start back with delivery and takeout, but we’ll have to see.”

Spong is relieved they made what he felt was “the right decision” and that his staff are safe.

He also said that he’ll be spending this time homeschooling his four children. Beyond that, one of his biggest concerns is making sure his staff (who are all out of the job right now) have positions to come back to.

“Our industry is in harm’s way; it’s in danger of being wiped out, and they know it. A lot of the stimulus and employment help is aimed at us,” said Spong.

Emmanuel Joinville, chef-owner of longtime gem Jules Bistro in Gastown, made the decision to close completely on March 16.

This was well before there had been an official order to do so, but Joinville said his quick response was all about being ahead of what was inevitably going to happen.

“I thought about the safety of my customers and my staff first. Then if you read between the lines of announcements you realize that we all have to be proactive,” said Joinville. “I think the mayor of Vancouver should have shut us down instead of just telling people not to go to bars or restaurants.”

Doug Stephen, owner of DL Chicken Shack, Downlow Burgers (inside The American), and food truck Catchweight, is one of the hundreds of local owners adjusting to the new guidelines permitted under the state of emergency, which means takeout and delivery services only for the foreseeable future.

Stephen told Daily Hive that he currently has two employees in self-isolation and three who have been laid off to stay safe, but otherwise, everyone else is working.

“We have reduced our hours, so although [we’re] not closed, I do have more free time. When making purchases I’m choosing local, as close to home as possible to support those in my community,” said Stephen. “I’ve also recently discovered Vikings, which gives me six seasons to watch.”

When asked about the longterm effects the coronavirus pandemic will have on the restaurant industry in Vancouver, there’s no denying that these experienced leaders in the hospitality industry foresee closures.

“I don’t think it’s outside the realm to say that this will lead to the permanent closure of hundreds of restaurants,” said Stephen.

Both Stephen and Spong think there could be some changes on the horizon, and lessons to be learned as we eventually emerge out of this heartbreaking global health emergency.

“I’d love to see it lead to us all doing business a little differently, specifically with the idea of tip/gratuity and how that is distributed,” said Stephen.

“Short term it’s going to be lights off,” said Spong. “Restaurants will either temporarily shut (like ours) or go out of business altogether based on their size and ability to weather the storm. Long term, my hope is that we are reminded why we go out: to be with others and socialize, to have fun and forget your worries for a few hours. Right now, I could go for that.”