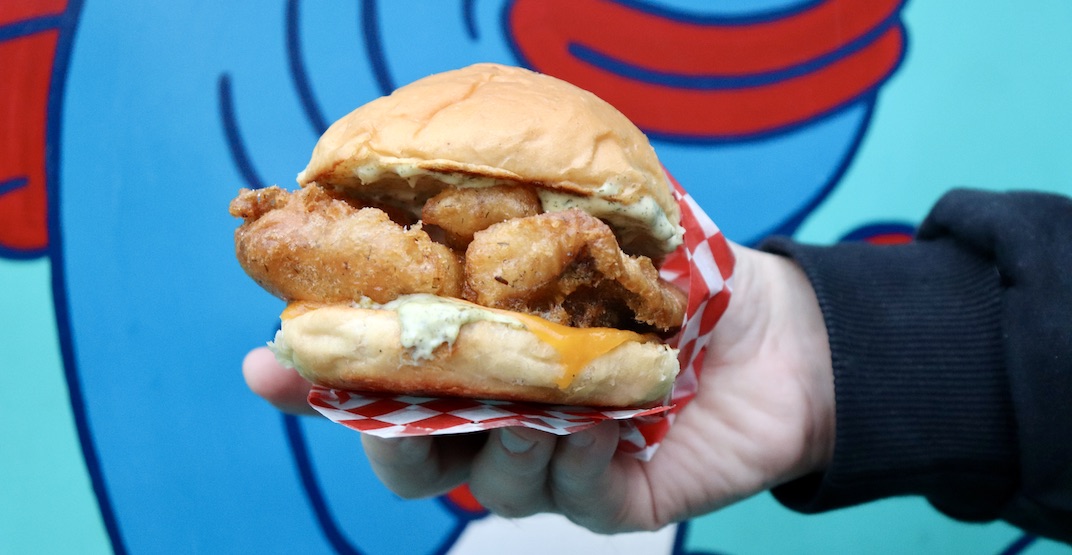 If you love Vancouver’s first Nashville hot chicken joint The DownLow Chicken Shack and epic smashed burger spot DownLow Burgers (located inside The American), then you’re going to be a BIG fan of this.

Doug Stephen and Lindsey Mann have a new concept, and this time, they’re all about serving fresh eats caught straight off the coast.

Catchweight is the dynamic duo’s newest food truck venture. It’s named after both a boxing term and a word used to describe the weight of seafood.

It will officially be hitting the streets on Thursday, March 5, when you can find it parked in front of Ressurection Spirits in East Vancouver. 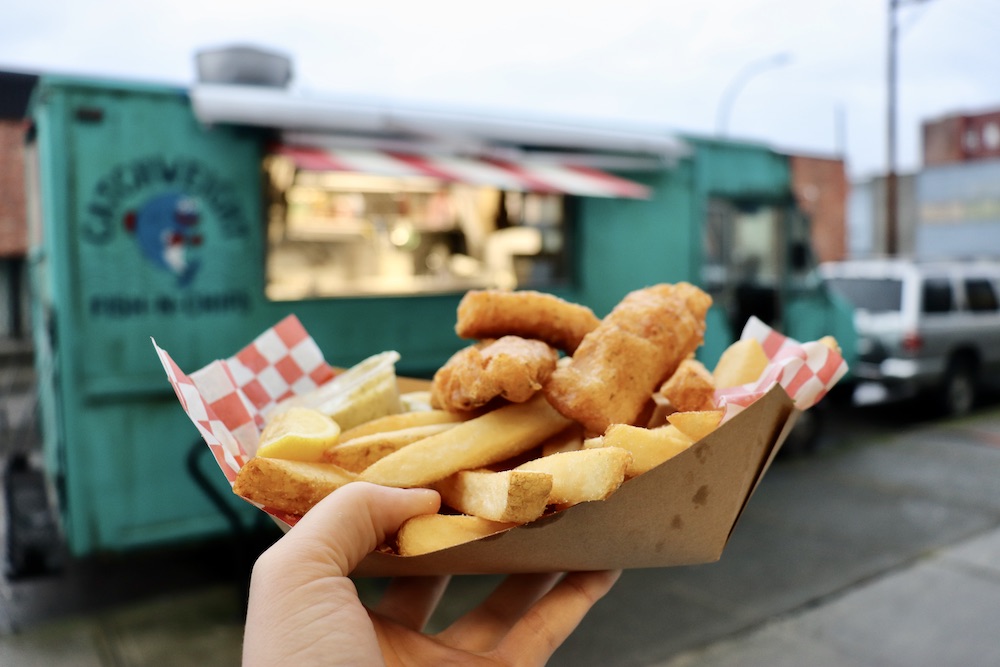 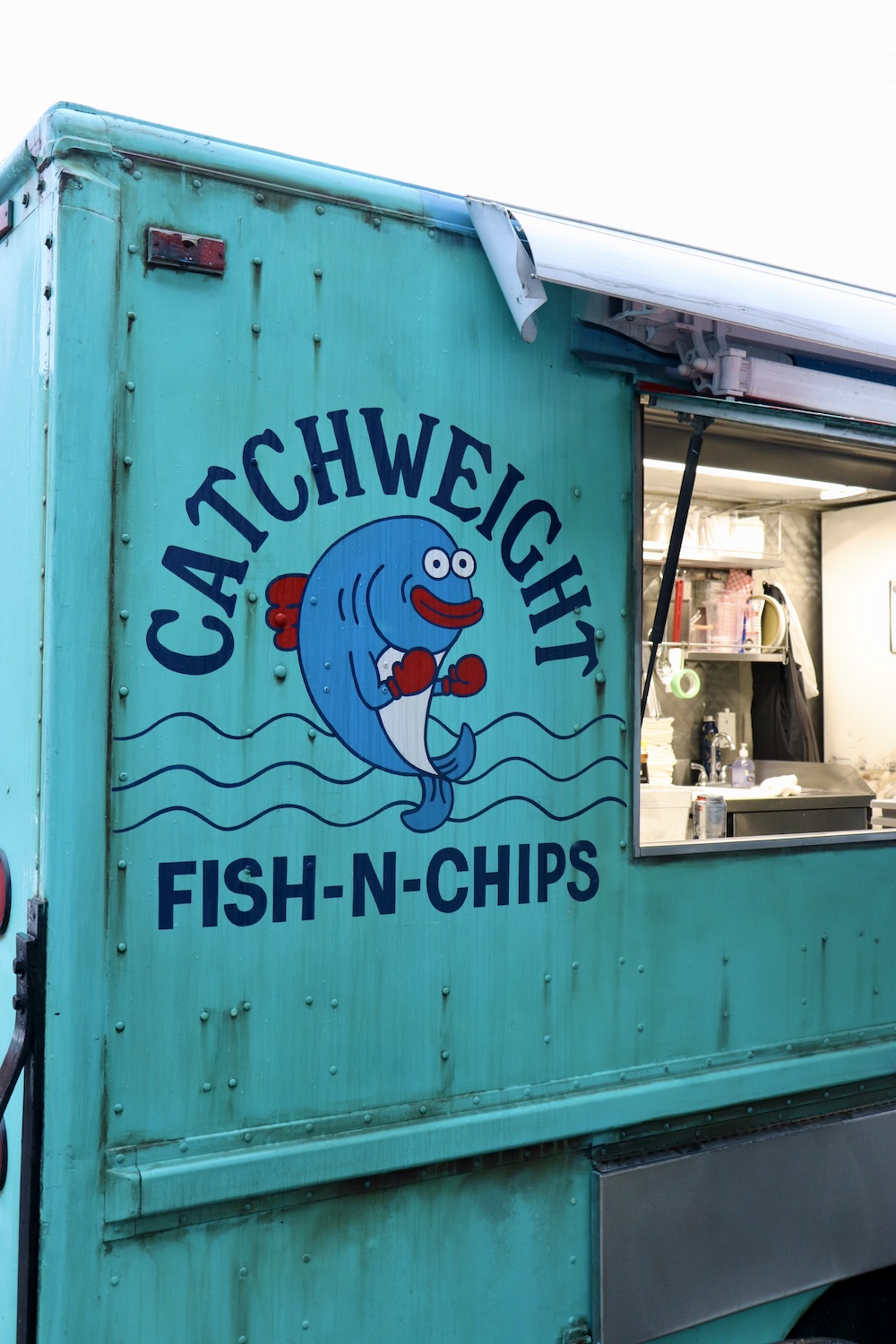 “Our friend Brian at Resurrection Spirits approached Lindsey and I with the idea of doing fish-n-chips at his distillery and the food truck idea was born,” says Doug Stephen, co- owner of DL Chicken Shack and Downlow Burgers with Lindsey Mann. “We love fried fish and the fish sando was especially fun to develop. Down the line, look for a fun Sunday collab with DL Chicken – Hot Fish!”

The new aquamarine truck offers patrons a dreamy signature fish-n-chips made from North Pacific Hake, an Ocean Wise sustainable fish caught off the coast, coated in a light beer batter with dill and herbs.

Catchweight’s fish-n-chips are served with housemade tartare sauce, lemon, and malt vinegar — a true trifecta if you ask us. 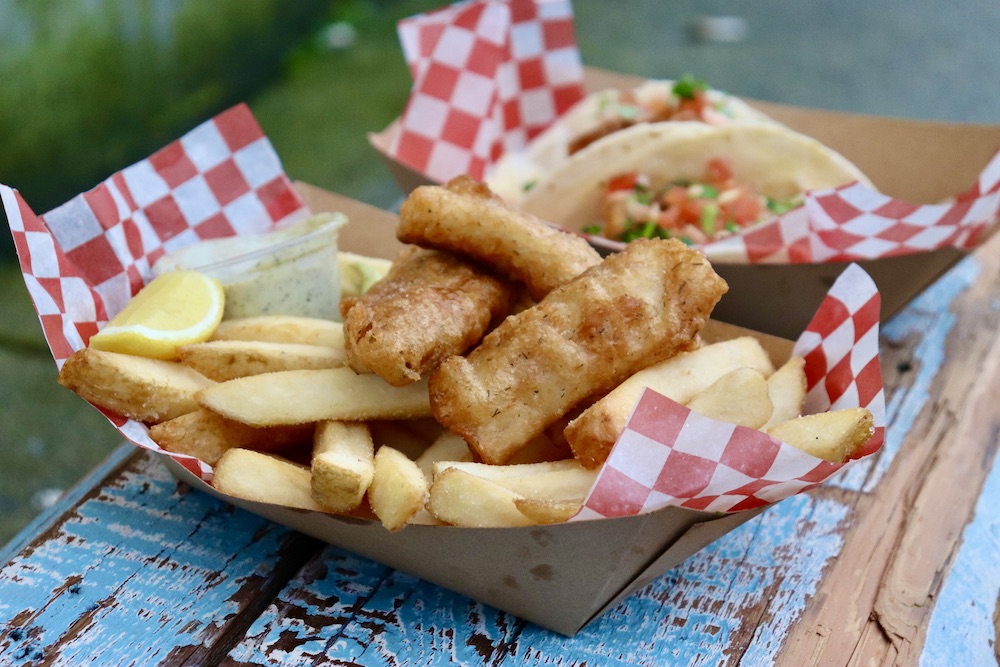 In addition to this offering, Catchweight fans can order fish tacos on flour tortillas with all the fixings and the drool-worthy Fish Sando, a beautiful combo of cheddar cheese, tartare sauce, and local spot Livia’s potato bun. 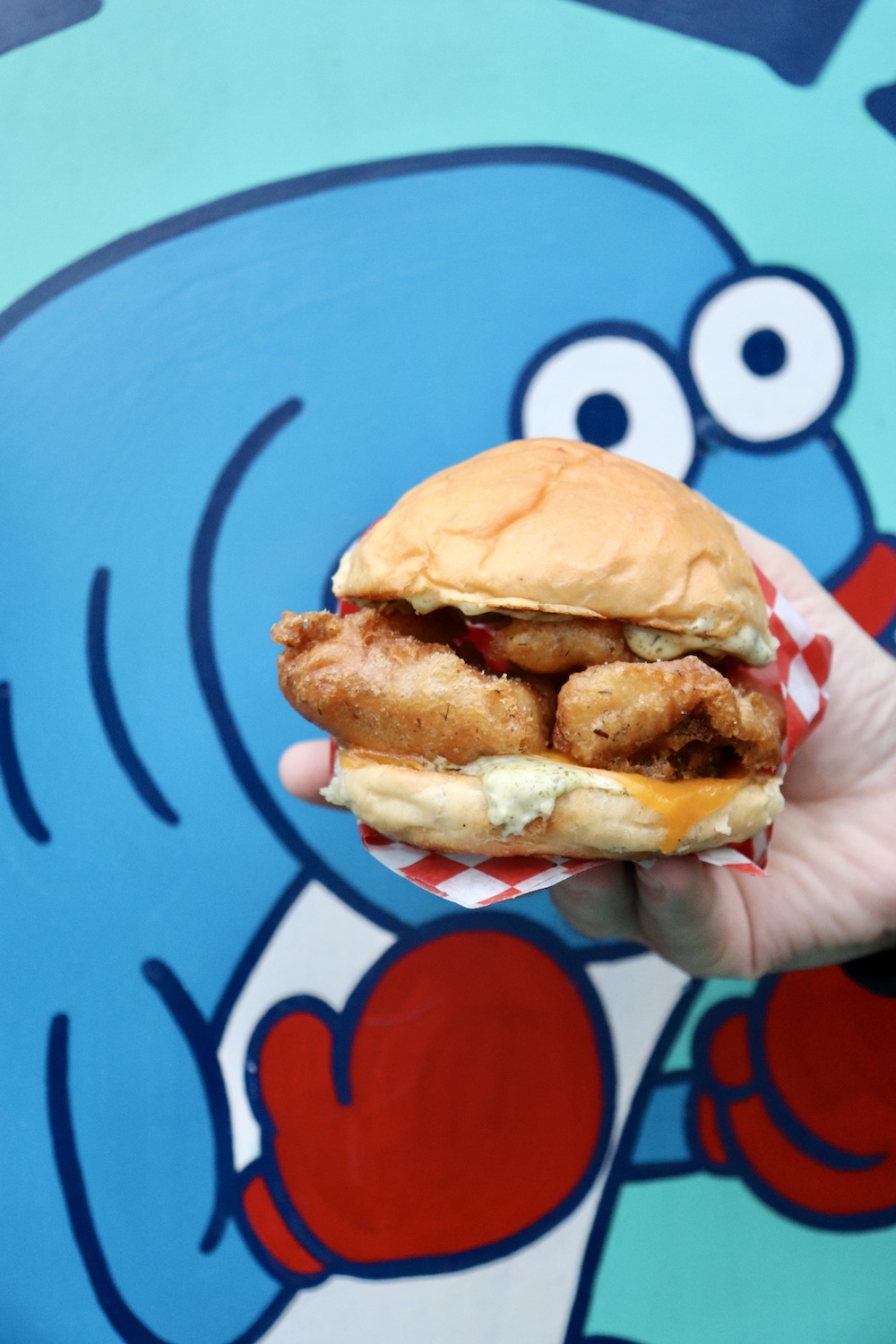 Clearly you’re going to need to make a couple of visits to the truck in order to taste everything because there’s more.

Catchweight’s Albacore Tuna “Banh Mi” Sandwich and Albacore Tuna Tostada are also things you need in your life (and obviously, in your belly). 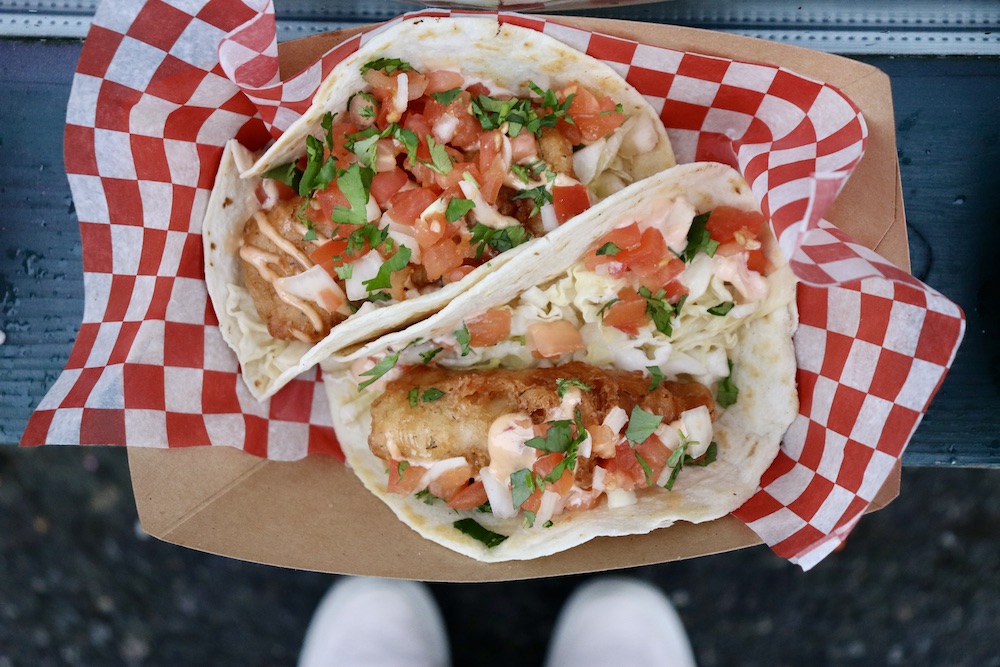 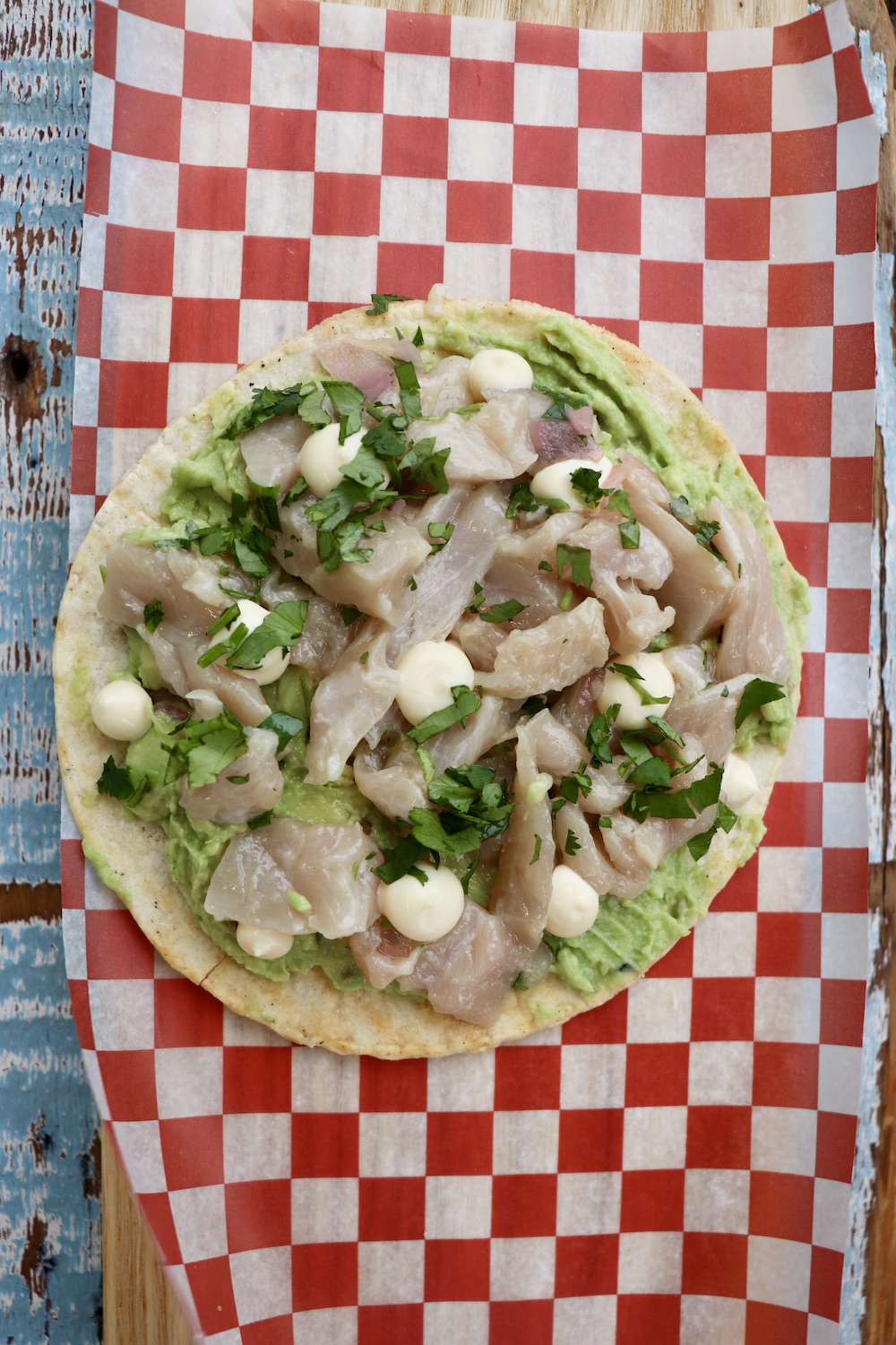 You can find Catchweight open Thursday to Saturday from 6 pm to 10:30 pm.

The truck will be parked in front of Ressurection Spirits, located at 1672 Franklin Street — head there to grab some grub and pair it with one of their beautiful beverages, you won’t regret it. 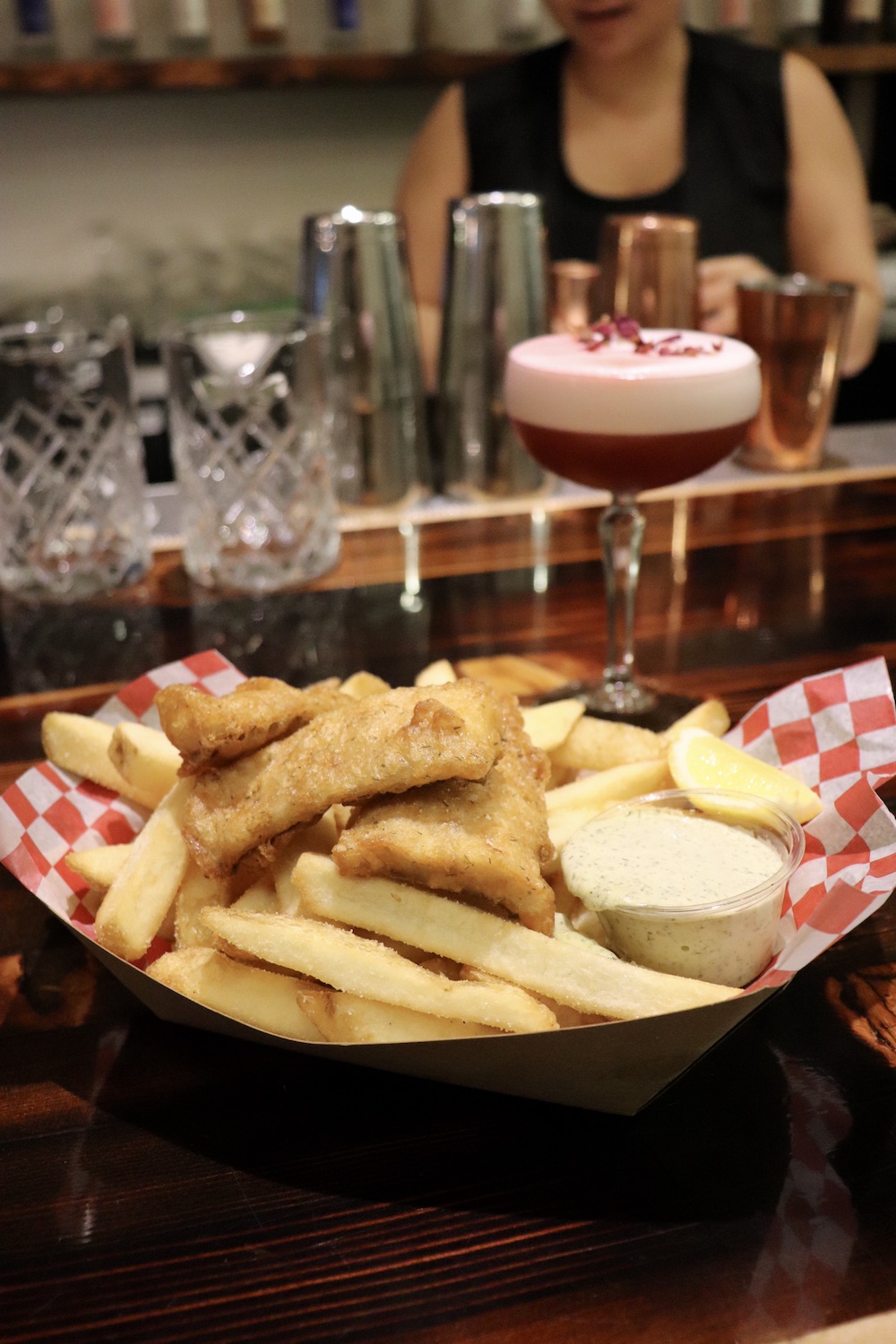