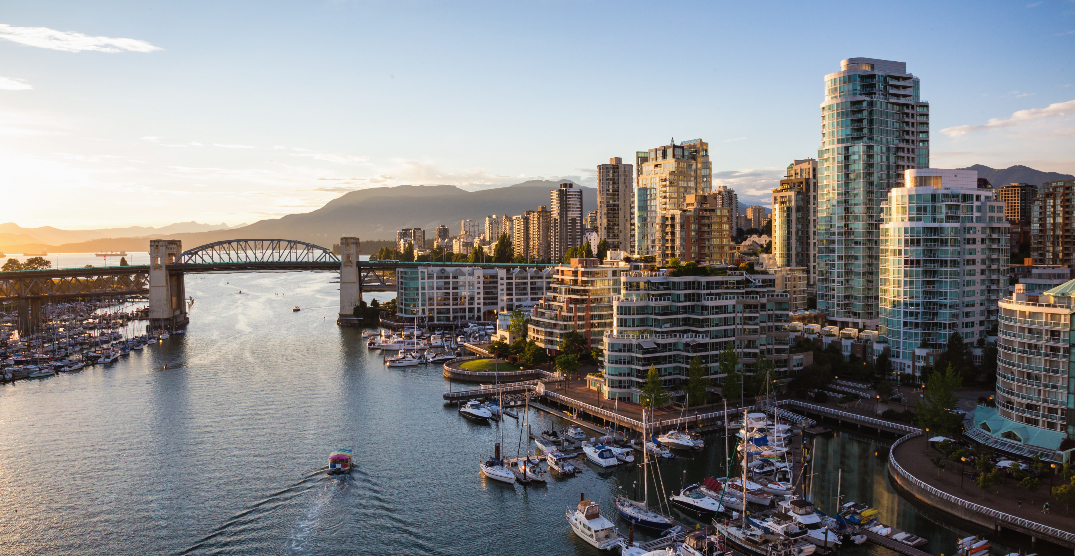 Median rent is on the rise for a one-bedroom apartment in Vancouver and reached a new record in June.

According to the latest Zumper rental report, the median rent for a one-bedroom reached a new high of $2,300 in June which eclipses May’s record of $2,240.

Median rent for a two-bedroom actually remained flat when compared to the May report, sitting at $3,300.

Year-over-year, Vancouver saw an increase of 15.0% for the median rent for a one-bedroom, and a 17.9% increase for a two-bedroom.

The priciest markets in Canada have surpassed their pre-pandemic rent prices, which, according to Zumper, means that the demand for rentals has not been met with enough supply in most markets in the country.

Yesterday, Daily Hive Urbanized reported that the average rent for one- or two-bedroom apartments is also seeing an increase.

“With employment rates staying strong and rising interest rates, competition for rentals will only continue to grow, furthering the trend of rising prices, especially as we get deeper into the summer moving season,” Zumper states in its report. 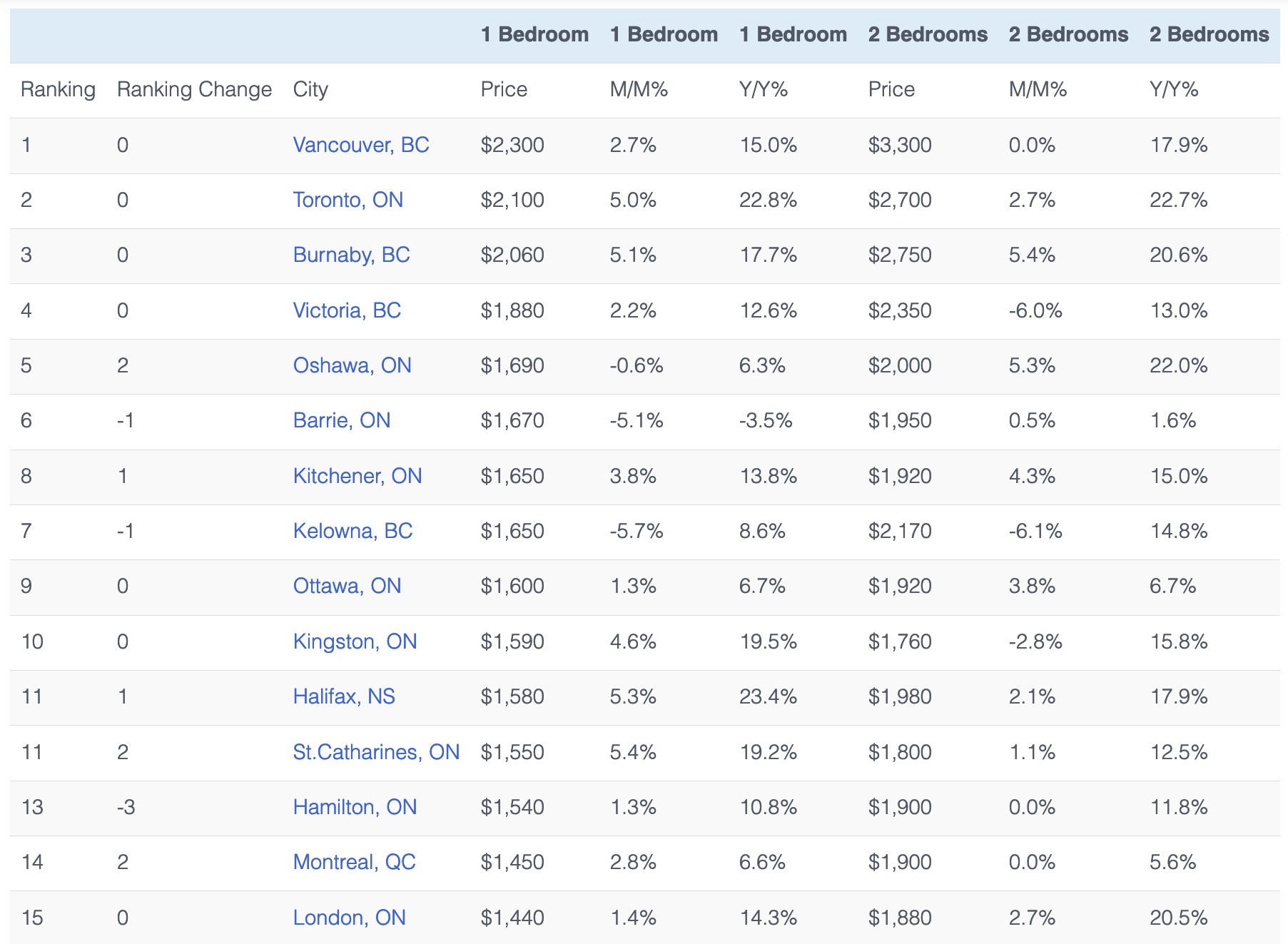 Toronto, Burnaby, Victoria, and Oshawa round out the top five most expensive places to rent when looking at median rent values for a one-bedroom apartment in Canada.

Rent rates are increasing fast in Burnaby, which saw a month-over-month increase of 5.1% for a one-bedroom and a 5.4% increase for a two-bedroom.

Further down the chart are cities like Edmonton, Calgary, and Quebec City.

Median and average rent are two very different metrics. Median basically means that half of the available units are above and half of the units are below the respective one and two-bedroom rates listed in Zumper’s analysis. Zumper looks at asking prices for rentals across big cities.

“For our monthly rent reports, we aggregate data from over one million active listings to calculate median asking rents for the top 100 cities by population and nearly 300 additional cities within major metro areas.”