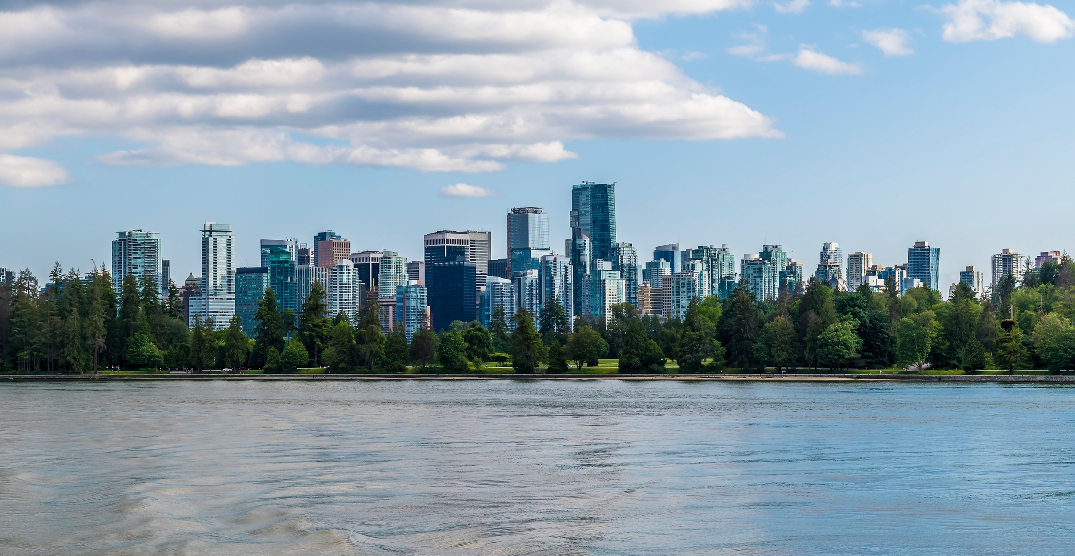 Even though home sales are slowing, that hasn’t stopped average rent from increasing in much of the country, according to the July rent report from Rentals.ca.

For both one and two-bedroom units, the average rent in Vancouver is up both year-over-year and month-over-month.

When it comes to a two-bedroom, the numbers are even more extreme.

If you multiply the average monthly rent for a two-bedroom by 12 months, it equals $43,164. Once you include things like utilities, internet, and standard living expenses, you’re easily paying close to if not more than $50,000 per year to rent in Vancouver.

If you’re not living with a partner or roommate and earning an average wage for a single person in Vancouver, your chances of renting a two-bedroom at the average cost are slim to none.

Other BC cities round out the top 10 most expensive places to rent in Canada.

Two-bedroom units are pricey, but not as expensive as they are in Vancouver.

Renting in Burnaby continues to get pricier as the months go by.

In June, the average rent for a one-bedroom reached $2,049, a 1.84% increase month-over-month. Two-bedrooms were actually slightly more expensive than Richmond in June. 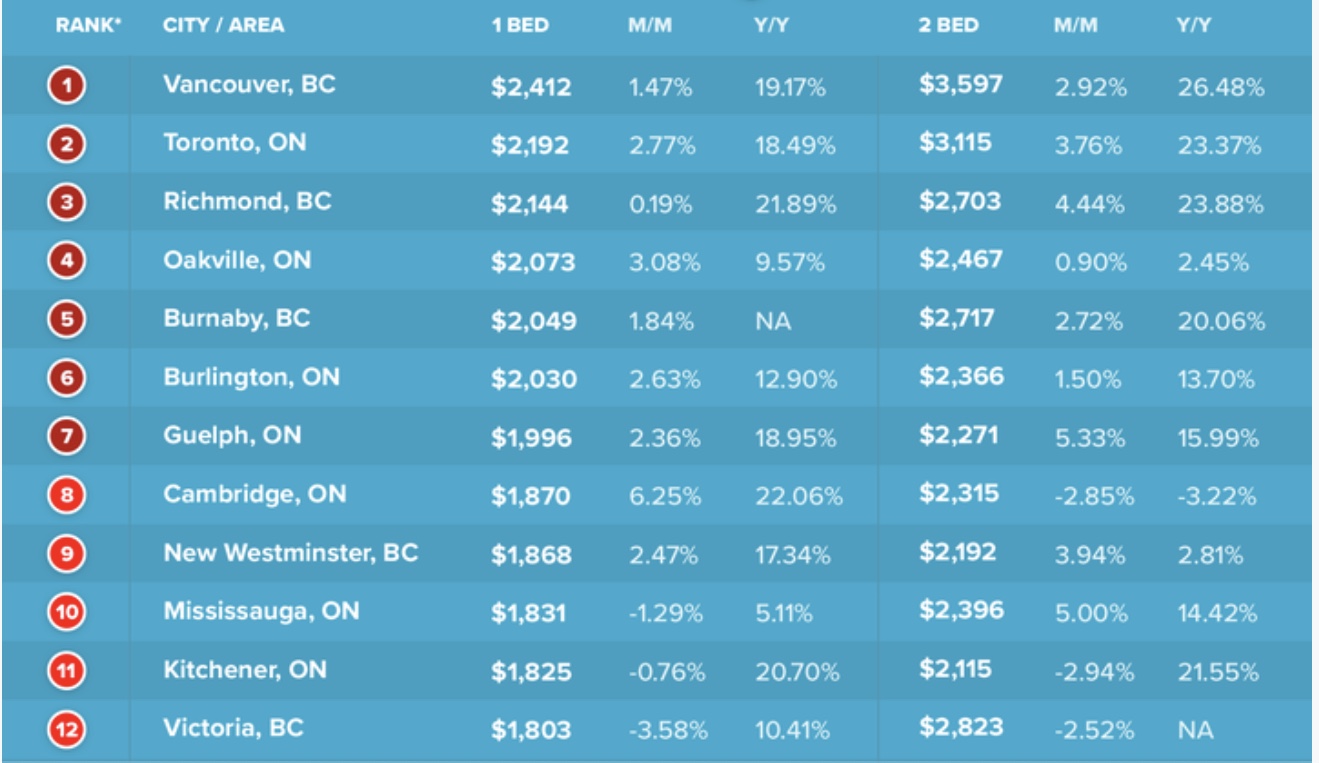 Average rent for a one-bedroom actually fell a decent bit in Victoria month-over-month.

Surrey is the most affordable place to rent a one-bedroom in Metro Vancouver, with the average rent for a one-bedroom hitting $1,562 in June.

In case you’d like to have a laugh (or cry), here’s how much it costs to rent in Edmonton.