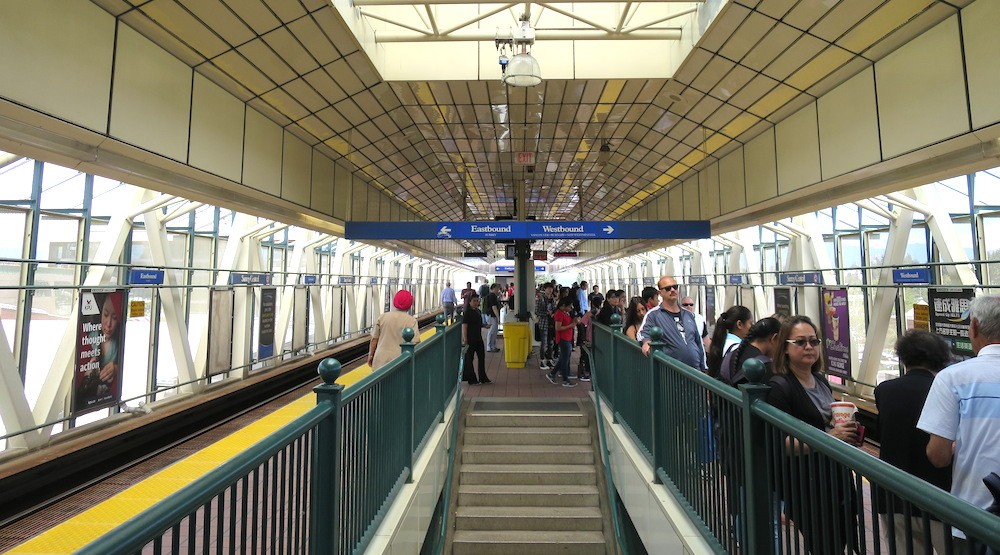 There are two main things Vancouverites frequently gripe about these days. Housing affordability is certainly on the top of the list, and this is followed by perceived transportation woes – particularly public transit.

Vancouver consistently ranks as one of the world’s least affordable housing markets, when housing prices are compared to income levels.

But a new global study on commuting shares a different picture on Vancouver’s transit performance.

According to a new report from UK-based Expert Market, commuting in Vancouver is relatively good. Canada’s third largest city ranks 33rd, with metrics that are roughly similar to places like Lisbon, Rome, and Madrid.

In fact, Vancouver is the top Canadian city in the ranking.

Each city was then given a score which determined its worldwide commuting rank.

Vancouver’s overall score was 45.44, with 2.98% spent of income spent on a monthly transit pass, an average transit stop wait time of 13 minutes, an average time of 77 minutes spent travelling to and from work, an average journey distance 0f eight kms, and an average 29 hours spent in congestion. As well, 60% of commuters in Vancouver have to make at least one transfer.

In contrast, the metrics for Nice – the best city for commuting with a score of 11.05 – included 1.25% of monthly salary towards their transit pass, which is four times less than commuters in London, and an average commute time of 40 minutes.

The French city also has an average transit stop wait time of 13 minutes, an average journey distance of 6.2 kms, and an average duration of 22 hours trapped in traffic jams.

As for the performance of other Canadian cities, Ottawa was ranked 38th, Montreal was 46th, and Toronto was 69th or the sixth worst city in the world ranking.

People in Toronto spend 6.5% of their monthly income on transit, spend an average of 96 minutes in journey time, and spend 47 hours in congestion. Furthermore, 73% have to transfer between transit services.

The city that placed dead last globally was Rio de Janeiro, with metrics such as 9.4% of their monthly income spent on transit and an average commuting time of 95 minutes.

However, another recent study pegged Vancouver as the worst city to drive in Canada, when factors such as congestion levels, cost of fuel, parking costs, average speeds, air pollution, accidents and fatalities, public transit alternatives, and road quality and the frequency of road rage are considered. In that driver-friendly ranking, Calgary, Montreal, and Toronto beat Vancouver.