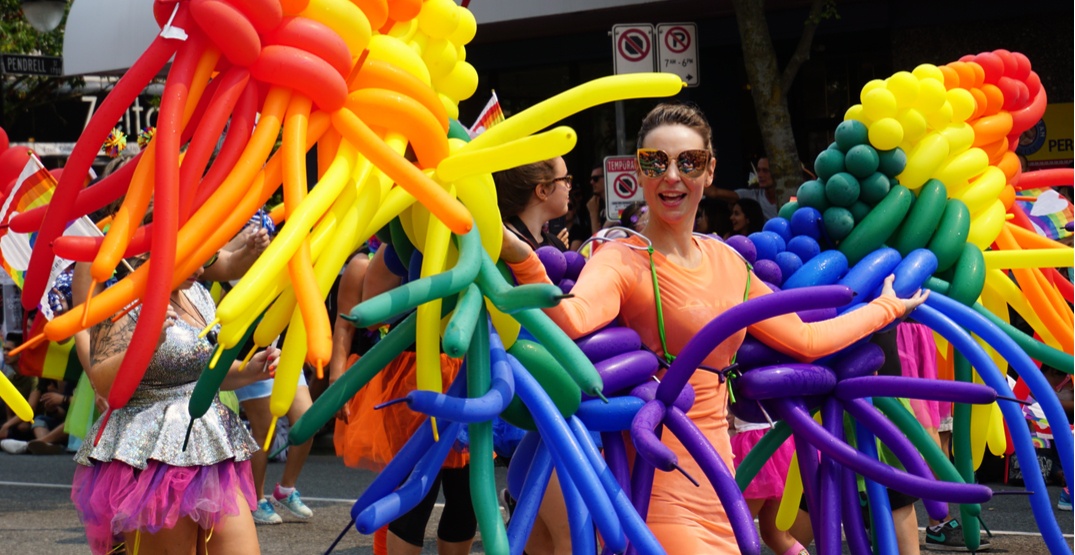 The streets of downtown will be packed this Sunday, August 5 as the annual Vancouver Pride Parade will make its way through the city for a three-hour long route.

With approximately 150 entries expected to take part in the highly anticipated celebration, spectators will see a wide array of costumes and colours making their way along downtown streets.

The parade will begin at Robson Street and Thurlow Street, head through the West End on Denman Street, before concluding at Sunset Beach for the Sunset Beach Festival — a medley of live music, vendors, and beer gardens to finish off Pride’s main event. 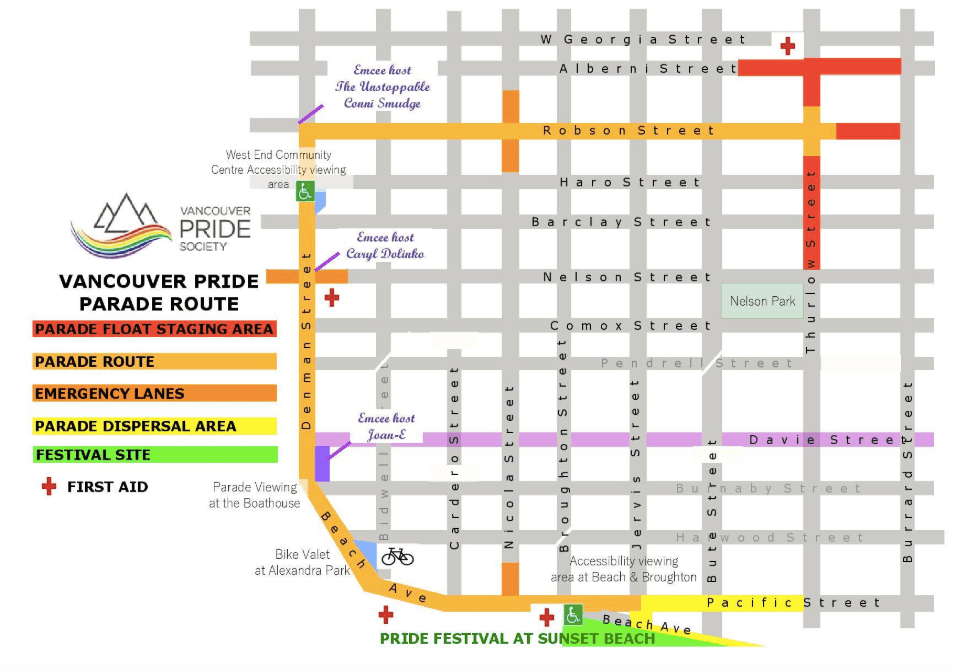 There are two accessible Pride Parade viewing areas, as well.

The main one is located on the North side of Beach Ave at Broughton. This space features accessible portapotties and a shaded viewing area with chairs and space for mobility devices. ASL interpretation of Parade commentary is provided. Live Description of the Parade for those with vision loss is provided by VocalEye. Volunteers are available to assist you.

A secondary accessible viewing area is located outside of Denman Place Mall. This area features a shaded viewing area with chairs.

The parade will march forward rain or shine, and is free for any and all hoping to watch the display of LGBTQ2+ pride.

The Vancouver 2018 Pride Parade Grand Marshals will be Laurie McDonald and Ron Dutton.

About McDonald: A Two-Spirit from the Enoch Cree Nation near Edmonton Alberta, who recognized he was given a gift at a young age. Laurie’s early childhood was spent surrounded by a family of nine who accepted him as he was.  Unfortunately, in 1960, his life was turned upside down. Laurie was scooped and placed in the Ermineskin Indian Residential School – where his life became a daily struggle fighting off prejudice, sexual abuse, physical abuse and neglect.

Upon leaving this school, Laurie promised himself that he would do everything in his power to restore the pride in being Two Spirit and to protect the rights of Aboriginal children using education. Throughout his career – first as an educator, then as a front-line child protection social worker, and now as an instructor for Aboriginal social workers.

Laurie has reflected on how his Two-Spirit identity and the honour of this role is intertwined in all aspects of his life. Recently, he celebrated 41 years with his life partner, Peter Dawson, and the 41 year anniversary of his founding of the Greater Vancouver Native Culture Two-Spirit Society.

The Greater Vancouver Native Cultural Two-Spirit Society (GVNCS) was founded by Laurie alongside Niel Wilson and Chief Louie Grate. Though the GVNCS began and was birthed due to prejudice and racial basis, it has been a thriving society serving LGBTQ2+ communities for 41 years, serving as a surrogate family and culture forum for Two-Spirit people and their allies.

About Dutton: Dutton’s work on the BC Gay and Lesbian Archives began in the mid-1970s, amidst the intense political activism of the gay liberation movement. The movement’s mission aimed to overturn centuries of oppressive attitudes by religious, legal, and social institutions.

Dutton drew on his library science skills to collect and organize everything that came to hand, from posters and political pamphlets to press reports and meeting minutes. The Archives profile quickly expanded to include drag queens and leather boys, the arts, sports, health, religious and ethnic minorities, seniors and youth, small town and rural dwellers. He also began collecting backwards as queer material emerged about the past.

Now, 42 years later, the Archives now has between 3 to 4 million items, and has outgrown Ron’s capacity to store it. In March 2018 it was moved to the City of Vancouver Archives for its conservation, public access, and conversion into searchable, permanent formats. Ron continues to collect old and new materials as they emerge for periodic deposit with the main body of the collection.

Where: Begins at Robson Street and Thurlow Street, proceeds onto Denman Street, and ends at Sunset Beach